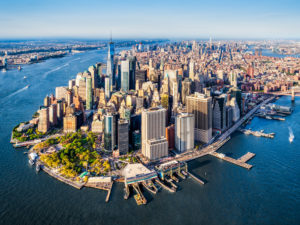 Asia Capital Real Estate has closed its first deal under Freddie Mac’s Q securitization program, a transaction that offered the New York-based manager a better cost of capital than comparable structures not backed by the government-sponsored agency.

The $424 million securitization is backed by 11 mortgages on transitional multifamily properties in Colorado, North Carolina and George, Texas that were originated by ACRE Credit I, the firm’s inaugural debt fund. While the manager had considered using the commercial real estate CLO structure on the securitization, the Freddie Mac option offered more certainty, said Daniel Jacobs, managing partner.

“We were able to be nimble in an uncertain market and take advantage of our long-standing relationship with Freddie Mac to print a much more accretive securitization at half the cost,” Jacobs said, adding that the firm is looking toward identifying and executing more new strategies following the deal.

Freddie Mac’s Q program, similar to its often-used K Certificate program, includes fully guaranteed pass-through securities and could include additional mezzanine or subordinated debt. In contrast, however, Q Certificates are backed by loans that were not underwritten by Freddie Mac.

Using the Q program demonstrated significant economic advantages for issuers, particularly because pricing for CRE CLOs has widened immensely in 2022. The offering was split into a senior portion guaranteed by Freddie Mac, which was sold at SOFR plus 87. “With Freddie Mac’s guarantee fee of approximately 98 basis points on the A-bond, the WACC on a Q deal is about half the cost of a CRE CLO,” ACRE said in a statement.

JPMorgan Chase and Barclays led the securitization, with JLL Capital Markets working as the adviser and sub-servicer for the deal with Peter Rotchford, Jesse Wright, Gerard Sansosti and Christopher Peck, all part of the JLL team.

“The speed at which the market adjusted during late spring and early summer caught many by surprise,” Rotchford and Wright said. “Helping ACRE find an alternative solution for their portfolio financing has allowed them to free up capacity and continue to originate.”

The firm’s Credit I fund has amassed $509 million of equity since its early-2020 launch. To date, ACRE said the platform has supplied more than $2 billion in loans across 52 transactions to support the acquisition, lease-up, redevelopment and recapitalization of multifamily assets in burgeoning secondary markets across the US.

The firm’s lending platform has been a benefit for growing its roster of institutional backers too after having surpassed its $300 million fundraise target in July 2021. ACRE landed a $300 million commitment from StepStone Group earlier this year and has previously sourced commitments from Hamilton Lane, OPTrust and Neuberger Berman’s Almanac Realty Investors.