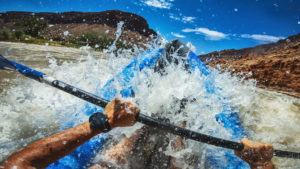 US commercial real estate produced favorable returns and saw fairly robust lending volumes in the first half of 2022 amid rising inflation, interest rate hikes and a weakening US economic growth environment, according to analysis from Aegon Asset Management. The Netherlands-based investment manager released its autumn outlook in September, noting that lenders in particular are increasingly using interest-only periods as a competitive feature to sharpen their approach when coverage ratios and leverage levels.

Martha Peyton, managing director and global head real assets research at Aegon AM, said that to form clear expectations about the future of the commercial real estate landscape, the industry must have a clear picture of where it is starting from. Otherwise, it will have no basis to form an outlook.

“Through the second quarter, the bulk of lenders’ appetite remained focused on industrial, multifamily, and the grocery-anchored subset of retail,” Peyton wrote in the Aegon AM analysis. This focus has resulted in a more competitive environment, though underwriting standards remain highly disciplined, she added.

“What you’re seeing is the direction of market momentum, and I think that what we’ve got here in this second quarter report is really interesting,” Peyton said. “What it’s showing is in the apartment market – which was going gangbusters – is you’re starting to see in the first quarter and in the second quarter some vacancy rates creeping up.”

The vacancy creep upward is also occurring to a much lesser degree in the industrial market, Peyton said. “We’re still seeing a squeeze on [industrial] vacancy rates and that’s despite the fact that Amazon was telling us at the beginning of the year that their appetite was easing,” she added.

Office has remained the most challenged sector this year and its story was no different in Aegon’s findings during the second quarter as return-to-work plans hit continual friction against workers’ demands to retain flexibility and hybrid working setups.

Retail, however, has made a bit of a comeback. Aegon AM said the sector is recovering further as consumers continue to spend at a record level. The firm noted leasing activity has increased to near pre-pandemic levels at the beginning of 2022 as a result, although such activity has slowed in the second quarter with the economic outlook weakening.

Peyton said in the report that such expectations for slower economic growth create new concerns for property investors overall. “However, the strong labor market, rising wages and continued strong consumer spending amid inflation are positive signs for CRE prospects,” she wrote. “We believe the ongoing availability of commercial mortgage debt despite tightening monetary policy also bodes well for property investors.”

With demand for credit driven by the pace of transactions, commercial lending volume is likely to remain at a slower pace.

Peyton said the negotiation process in today’s market and subsequent due diligence takes longer compared with quarters and even months past before multiple 75-basis-point hikes were instituted by the US Federal Reserve. “Lenders are sharpening their pencils and pondering ‘What kind of rent growth do we think we’re going to have going forward?’,” she said.

The question she said lenders are left with is: what will normal look like moving forward after the pandemic? “It really depends on demand for space in each locality – how tight the market is,” Peyton said.