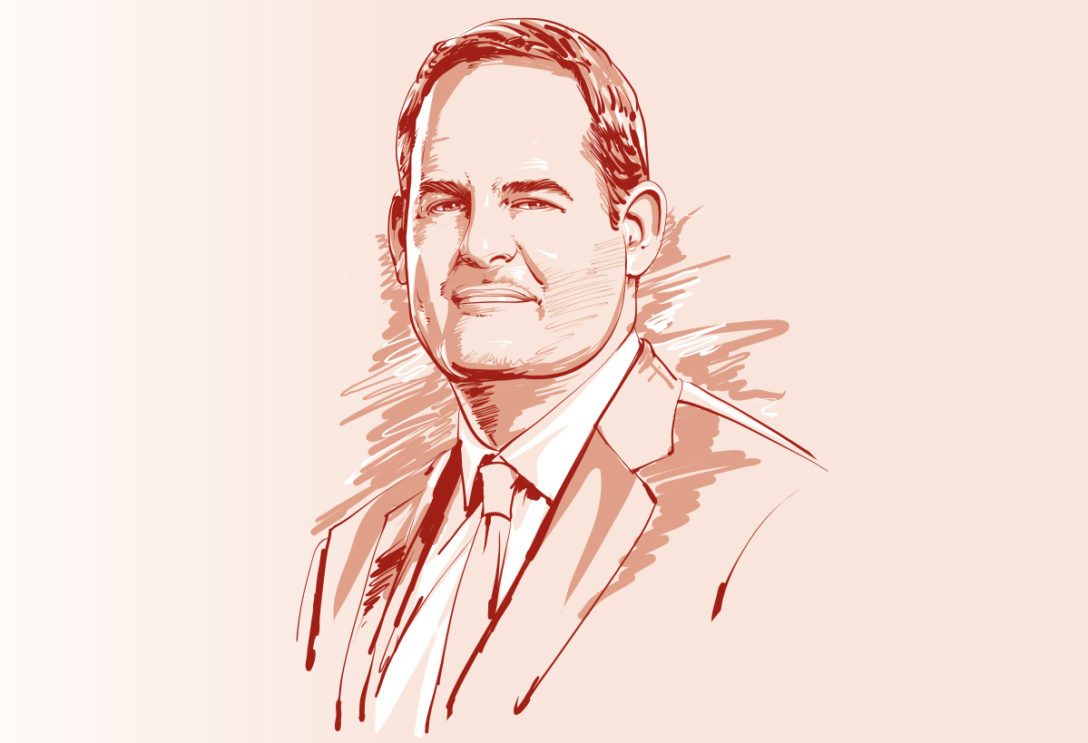 Apollo Global Management’s real estate debt platform is on track for a record year. But while the New York-based private equity giant is optimistic on the outlook for commercial real estate, it is also evaluating potential lending opportunities with caution given the record amount of capital in the market competing for new deals at the moment.

“We are optimistic. But we are also being careful and cautious in underwriting and structuring new transactions,” Scott Weiner, senior partner and global real estate real estate debt, tells Real Estate Capital USA.

The manager has closed about $10 billion of new loan originations so far this year, against anticipated closings of $13 billion, Weiner says. Weiner is seeing plenty of opportunities, but also potential risk in some of the deals coming across his desk.

“At this point in my career, I’ve never seen so many low-leverage multifamily deals that we’ve passed on,” Weiner says. “We could be looking at a deal with a 55 percent loan-to-cost ratio and a low rate, but we are not comfortable about what will happen to this deal when rates, expenses and taxes rise.”

Similarly, what is seen as a sure-thing industrial tenant like Amazon could leave a huge void in a property if the lease gets upended. “One of the questions we ask borrowers is, ‘If Amazon leaves, what is your basis?’ There is danger of revenue not growing while expenses do,” Weiner says.

“Additionally, we all know that rates will not stay low forever. Yes, it may happen, but it’s not a bet we want to make. We are cognizant that some of the modeling we are seeing ignores the fact that after a certain year a tax abatement may end, or a ground lease may re-sets.”

“For a lot of borrowers, certainty of execution is important. They want to know if they’re signing a contract that their lender is going to be there”

Apollo is a balance sheet lender with permanent capital that can invest across the capital stack and in all major asset classes. Its investment strategy also means it can buy commercial mortgage-backed securities on a selective basis, Weiner says.

When looking at the CMBS market, Apollo believes that the single-­asset, single-borrower market is a difficult place to find value right now. “We have found that these deals are partnerships between [Wall Street], the borrowers and the rating agencies to create structures in which there are sometimes non-rated bonds that would normally be mezzanine debt. We believe these deals are more for money managers who can buy a bond without structuring it,” Weiner says. “We find the structure and pricing doesn’t make sense to us, and that the Street will give borrowers what they want and what the money managers are looking for is yield. We think the paper is being mispriced, and therefore we have not been participating.”

When it comes to originating loans, Weiner notes it is impossible for a company like Apollo to be an island in today’s market. The firm has been observing even more interplay than it has typically seen between high-quality borrowers and lenders, he adds.

“The debt business is a people business. It’s very collegial and we all like each other and the business and this is helpful because we do partner a lot with other lenders. Often, there are cases where we will be the senior lender on a deal with another lender who is junior and will find that that company might also be a borrower on a different deal. We are finding that there are a lot of connection points,” Weiner says.

The average size of the company’s loans is well north of $100 million. But its range of loans goes from $30 million-$40 million to as large as $1 billion. The platform manages capital across the risk return spectrum, depending on the balance sheet it is originating for, and has target returns ranging from 3 percent to the low double digits with leverage. The commercial real estate debt platform has a team of about 40 investment professionals who are originating loans and doing in-house asset management, excluding third-party asset management professionals. The company has its major offices in New York and London, with additional teams in Los Angeles and San Francisco.

Apollo provides fixed- and floating-rate debt on behalf of investment vehicles that include insurance companies, managed accounts, and a public mortgage real estate investment trust, Apollo Commercial Real Estate Finance. The mortgage REIT has about $2.5 billion of equity, with another $8 billion of assets that include mortgages and mezzanine debt.
“All of our capital is permanent capital, and we manage money on behalf of an insurance company separate account,” Weiner says. Apollo is expected to complete its $11 billion acquisition of insurance company Athene in the first quarter of 2022.

The firm’s real estate business got its start in 2009, as the US economy was recovering from the global ­financial crisis, and one thing has been consistent even as the markets have changed: borrowers need certainty of execution, Weiner says. “There was a scarcity of capital in 2009 and we were able to build out our team and business, with an emphasis on providing ease and certainty of execution. A balance sheet is key; real estate is very interactive and people appreciate being able to call us and work with them. It’s a long-term business, and we’re not looking to hurt that by gouging a borrower on a fee,” Weiner says.

This need was heightened during the pandemic, when Apollo found that certain banks stopped funding construction loans. “For a lot of borrowers, certainty of execution is important. They want to know if they’re signing a contract that their lender is going to be there,” Weiner adds.

There have been some changes in lending since the start of the pandemic, with Weiner noting that leverage has been creeping up and cap rates have been coming down. But some things have not changed. “Borrowers always want the flexibility to release properties in a portfolio or change things,” he says. “The more value-add or opportunistic a deal, the more capex that is going on. But on a cash flowing, stable building they want the lowest cost of funds.”

The firm has been very active in providing cashflowing, first mortgage acquisition financing for multifamily and other properties and can offer traditional long-term financing fixed-rate for five to 12 years. Apollo likely will complete about $3 billion of fixed-rate lending in 2021.

“As the insurance companies have grown, so has the need for duration and call-protected yields. It’s attractive versus other investments like corporates,” Weiner says.
The company is very active in the more transitional lending sector, including an office building where a tenant might be leaving. “We’ve been going through conversations on the office to lab conversions and have done some of those,” he says. “We’ve also looked at office buildings where the major tenant is leaving in a few years. Hotels are obviously transitional these days.”

Apollo has done very little in the mezzanine debt sector this year, a shift in gears given historically it has been a large part of its business. “We are finding it less interesting this year, we have seen yields come in and leverage has gone up,” he says.

By sector, the firm is seeing a lot of deal-flow from the multifamily and industrial sectors. “We are more active in multifamily than in industrial. Many of the industrial portfolios have been going to the SASB market,” Weiner says, noting that the firm is also active on a limited basis in the hotel and CBD office sectors. “We have done some retail, but there just isn’t a lot to finance. We also have several New York office deals closing and we are looking at the market carefully to see where we want to make our bets.”

The firm is expecting a strong 2022 as transaction activity continues to rise and more capital flows into real estate to tap into higher yields. That said, Weiner notes that it is difficult to find opportunistic returns.

“Managers are raising non-opportunistic capital and need to put it to work through a core or core-plus fund or a non-traded firm. There is so much money flowing into real estate for current yield and inflation protection,” Weiner says.

The firm is expecting its US business will make up about 60 percent of its activity in 2022, with the remainder allocating to its European platform. “Looking ahead to 2022, there will be a lot of maturing loans and we do think rates will go up. But I think we will see a return to more normalcy, with more people going back to the office and traveling. People might be more comfortable with office buildings then, more with urban retail too. I also hope there is a situation where we see more people spreading out instead of jumping into the same property types,” Weiner says.

The good news, he believes, is that the US debt markets are fully functioning. “We have all been surprised at how quickly it snapped back,” Weiner says. “Our New York apartment loans have seen the properties fill back up, and people are hopeful that the same will happen with hotels when tourism and travel returns. Other than class B mall, everything is financeable. We are even being taken out on hotel deals that were struggling. We are also starting to see more office usage, which is good, and I’d say the death of New York and its office buildings was greatly exaggerated.”