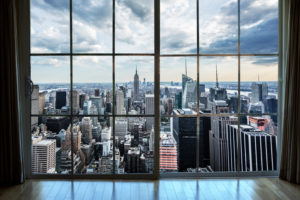 Borrowers looking to refinance debt on existing loans are having an understandably difficult time figuring out whether now is a good time to refinance debt on existing properties. But the good news is that there is liquidity in the market across property types for the borrowers who want to pull the trigger, said Scott Singer, principal and co-lead of Avison Young’s Tri-State Debt & Equity Finance team.

“I think the good news from my perspective is that we are in the market with a lot of deals and we are getting proposals on everything that is out there, across property types including development and land. There is liquidity in the market and there is a very strong desire on new deals to close in 2023, not 2022. It is certainly challenging but it is a liquid and functioning market,” Singer said.

It is difficult for a borrower to determine if now is a good time to move ahead with refinancing, particularly as 10-year Treasuries are moving upward. In the first quarter of 2022, the 10-year Treasury was in the range of 2.85 percent.

“That sounded high and borrowing rates on some deals were hitting 5 percent for the first time in a long time. The question was, ‘Should I refinance?’ With what has happened since then, the question has become ‘Can I and if I can, is it advisable?’” Singer said. “The argument we were making in the first quarter was 2.87 percent wasn’t so bad and I think in hindsight that sounds right now. If anyone could borrow based on a 2.87 Treasury today they would be highly likely to sign up.”

To figure out how to advise clients, the firm looked at historical Treasury rates from 1962 to present in an effort to gain some perspective on where the market is now and where it could be going next. This analysis showed Avison Young that rates in the 1960s had been as low at 4 percent at one point before rising steeply in the 1970s.

“Has a market like this ever happened before? The answer is absolutely yes and we have had many environments where Treasuries were higher than this over a 25-year period, and we are only at that average,” Singer said. “What I see is very short periods of time with highs in short-term rates and then rapid declines. It can be politically difficult to hold short-term rates high for extended periods of time.”

Singer noted that he tends to focus on long-term borrowers, although his group does a lot of development financing.

“In our longest-duration look at Treasuries, I am asking where are we and what will happen next? Rates are going up now because the Federal Reserve is trying to stop high inflation. There have been various raises in rates over the past 25 years, but the last time the increases in market rates were driven to this point was to try and combat inflation in the late 1970s,” Singer said. “Can the Fed control the rise and can they stop the rise before getting into the very uncomfortable period that followed that rise in the late 1970s?”

At the end of the day, refinancing depends, to a certain extent, on what an owner or borrower feels about what is coming next and the approach they’re taking.

“I have tried to advise clients to focus on the asset, the game plan and the hold period and if the financing that is available in the market can be supported by the property, then I think on long-term holds it makes sense to focus on the real estate game rather than the interest rate game,” Singer said. “If you refinance now and Treasuries drop, do you wind up kicking yourself or kicking me? Probably. The alternative has been worse and the downside of not taking advantage of rates can be quite negative.”

There is one other factor for borrowers to consider: the decline in the impact of prepayment penalties.

“The simple summary is that prepayment penalties are totally different than they have been over the past five to 10 years. For many it has been the case if a loan has had more than 18 months, it seemed impossible or inadvisable to refinance because the prepayment penalty was so high. But because of the change in the yield curve, the cost to prepay loans is less expensive than it was,” Singer said.