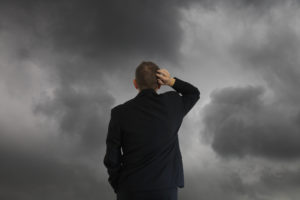 “The choppier the markets get, the better for groups like us that thrive on these market disruptions,” Brooks said.

The firm has zeroed in on valuable properties across the country that are nevertheless mired in onerous debt and even bankruptcy.

“We spent the last 18 to 24 months really evaluating the bankruptcy side of the business where we thought there could be value in companies filing that had some real estate collateral as part of their partner BK filing,” he said.

Yet, the firm did not have much to choose from as historically low interest rates allowed even the most over-levered borrowers to keep kicking the can down the road. “We found over the last 18 months up until very recently, there weren’t a lot of BK filings,” he added.

But, with interest rates set to soar even higher this summer, Brooks expects refinances to plummet and bankruptcies to surge. That’s when BH will try to swoop in and buy non-performing loans from their originators. Unlike many lenders, BH is less interested in resumed payments and more focused on eventually assuming ownership of the property after becoming the debtor in possession (DIP).

“On the DIP side of the business the big win is not necessarily getting paid off,” Brooks said. “It’s getting to the real estate.”

From there BH will try to apply the same value-add approach it has honed for nearly 30 years. “We are product-agnostic. So, we don’t really care what it is so long as there’s a value component,” Brooks said.

While BH wants to apply its distressed strategy to multiple sectors, Brooks is especially keen on office loans coming due that will have an especially hard time refinancing as work-from-home trends continue to hammer occupancy.

“During the last big acquisition period in 2012, when there were falling prices and disruption, landlords financed their acquisitions on 10-year paper,” he said. “Those loans are coming due and now you have the combination of a rising interest rate environment and the office sector stepping back and saying, ‘You know what, we don’t really need all that space.’”

BH’s family office status should give it the flexibility to move at its own pace once it senses opportunity, according to Brooks. “We don’t report to investors, it’s all internal capital so we can be patient. We’ll make the move when we believe the time is right.”

And that time should be coming up fairly soon.

“As you see credit tightening and rates pushing, we expect there to be more opportunity in this space,” Brooks said. “We’re tracking that quite aggressively right now.”