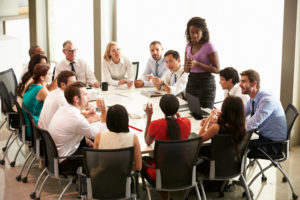 The Birch Group is centering trophy assets in the next leg of its portfolio growth roadmap, with new talent on hand to help widen its presence in the office subcategory.

Mark Meisner, CEO at the Nanuet, New York-based real estate investor, said the company has shifted focus to the high end of the office market in the past few years and it has no plans to slow down its momentum in the segment, especially in New Jersey.

“There is an unlimited appetite for the right profile deals such as those with strong in-place cashflow, occupancy and good weighted average lease term,” Meisner told Real Estate Capital USA. He noted that significant vacancy, or assets with near-term roll and no tenant visibility, continue to be challenging.

Birch is currently pursuing a variety of assets with different business plans, according to Meisner, some of which are more suited for short-term debt and some for long-term debt. Pricing in the current environment is being affected by the recent volatility from interest rate movements, inflation and volatility stemming from Ukraine. He said the combined factors are leading to a significant widening of credit spreads.

“Bond investors dislike uncertainty and are generally cautious,” Meisner said. “It has moved out pricing between 25 to 100 basis points in the short term, depending on asset type, leverage and quality of cashflows. This volatility must be watched daily and continues to impact financing transactions.”

Meisner noted that all floating rate debt – if modeled over the next couple of years – shows projected rising short-term rates, subsequently impacting cashflows to equity investors in a significant way.

Meisner said leasing activity of trophy assets has held up well within the wider office market and a more sweeping return from remote workplaces should provide an additional boost for the sector, even with employers fluctuating their space requirements to allow more hybrid setups.

Chris DeLorenzo, executive vice-president at Birch, said the broad push for a return to work has received a fair amount of pushback from tenants’ employees and forced Birch to evaluate how conducive its properties are for a return to the office driven by employees more than employers.

“People are trying to get a little more efficient in terms of their footprint, but that has allowed them to expand the budget in terms of what they’re willing to spend on the real estate,” DeLorenzo told Real Estate Capital USA.

DeLorenzo said for New York City in particular, there has been an uptick in office tenants looking toward the suburbs for additional space to have employees work from outside the primary metropolitan headquarters. Birch anticipates the hub-and-spoke model of leasing office space will gain more prominence in the coming quarters.

“We view this as another potential perk for employees,” DeLorenzo said. “Instead of adding another dog run or climbing wall or what have you, give them the flexibility to be able to work from where they live and not have to make that burdensome commute to the city and so forth.”

DeLorenzo said Birch has been marketing a lot of its properties as aligning with a hub-and-spoke model and cited the company’s properties in Short Hills, New Jersey as a potential beneficiary of the trend because of the town’s existing residential communities and affluent resident base.

For an office specialist like Birch, the current lending environment presents a tale of two cities, according to Meisner. He said there is still a tremendous amount of liquidity in the marketplace and pent-up demand from 2020, creating more aggressive lending conditions. “On the other hand, vacancy is challenging to underwrite, it is challenging to underwrite lease-up timing and harder to finance,” Meisner said.

Birch is steadfast on pursuing cash-flowing assets maintaining between 60 to 80 percent occupancy, according to Meisner, especially in the trophy asset realm. New Jersey and the greater New York City metropolitan areas have been the core focus for the group, but Meisner noted his firm would selectively consider adding other assets beyond the Tri-state area in the future.

Birch picked up 15 commercial office assets in 2021 and has tallied $1.1 billion in commercial office acquisitions from 2019 onward. DeLorenzo was originally brought to Birch in November 2021 to continue fueling the firm’s trophy asset hunt after he spent three years at JLL overseeing its New Jersey brokerage operations and 20 years at Mack-Cali Realty Corporation, including as executive vice-president of leasing before he left in 2018.

The firm also hired Mack-Cali alumni Mike Lyberatos on March 7 as vice-president of property management and construction to handle capital improvements and build-outs across its portfolio. Lyberatos was most recently director of operations at Onyx Equities and managed its Bergen County, New Jersey portfolio.