Blackstone raised nearly $4 billion since the end of Q1 2020 for its fourth real estate debt fund despite the unprecedented market disruption caused by the covid-19 outbreak.

“LP demand for credit products in this environment, coupled with the Blackstone franchise, has been a powerful combination,” Gray said during the call.

With this latest capital raise, the direct lending fund, officially launched in May 2019, has already significantly surpassed its $5 billion target.

The equity haul was part of several fundraises done by the firm in the second quarter, including closes for its real estate secondaries and infrastructure secondaries funds. Gray said the firm received $48 billion in total inflows across different strategies and asset classes in H1 2020, including more than $20 billion in Q2 2020. These contributions led Blackstone’s total assets under management to increase by 3 percent to $564 billion.

Stephen Schwarzman, the firm’s chairman, CEO and co-founder, said: “The second quarter saw an extremely strong rebound in virtually every liquid asset class from their March lows, as governments around the world implemented unprecedented fiscal and monetary stimulus to counter the economic impact of the covid-19 pandemic.”

PERE has learned from a source that BREDS IV has not yet reached its final closing. At its current size, however, it is already the largest fundraise in the BREDS series, with predecessor Blackstone Real Estate Debt Strategies III having closed on $4.5 billion in 2016.

According to a Bloomberg news report, the fund has a performance hurdle of 6 percent. There is a 15 percent incentive fee linked to the hurdle rate.

The BREDS funds were generating a multiple on invested capital of 1.2x, a realized net return of 11 percent and a total net return of 10 percent as of June 30, according to Blackstone’s second-quarter results. 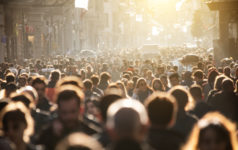