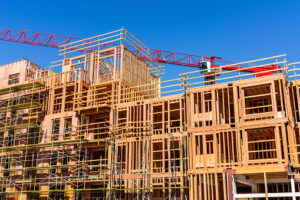 Jones Street Investment Partners, a Boston-based multifamily specialist, is looking at loan assumptions as a creative way to keep transacting as the lending market has dried up.

Like its peers, the value-added manager has seen investment sales and lending activity slow precipitously over the past two months due to geopolitical and economic uncertainty. Buyers and sellers can’t agree on pricing and banks and alternative lenders are scaling back their activity, said Matt Frazier, CEO.

This has meant the firm is taking a closer look at deals in which it can acquire a high-quality property with in-place, assumable fixed-rate debt. “The biggest risk and uncertainty in the capital markets right now is interest rates,” Frazier said. “We don’t know where they are going, and they are much higher than they were before. But with debt that has a fixed interest rate locked in that is assumable, that debt becomes an asset.”

“You are stepping into the debt that is already in place and becoming the borrower on debt that was already active on the asset, presumably from the time the acquisition was first closed by the seller,” Frazier said. “That is very attractive for obvious reasons right now.”

Jones Street last month assumed the loan on an acquisition, marking the third time the company has done this in its eight-year history.

“In the past, if we had the opportunity to put fresh debt on something we would because rates were really attractive,” Frazier said. “In our history, we had only assumed two loans and last week assumed our third. In the past, it seemed more like we were doing the seller a favor than taking advantage of an opportunity.”

The firm focuses on acquisitions in the northeastern US, looking at markets that include Brunswick, Maine; Manchester, New Hampshire; Fairfield, Connecticut; and Norton, Massachusetts. It is a niche within the multifamily sector that has served Jones Street well, Frazier said.

Jones Street has seen a divide between the sales and the development market. “We have found the lending market for new developments from local and regional banks to be active,” Frazier said, noting that the firm last week closed a construction loan for a roughly 250-unit development. “We find the regional and local banks are more attuned to the local fundamentals than the larger institutions.”

Still, despite the slowdown in the lending market, the firm this month obtained a $36 million loan from Bangor Savings Bank for the construction of a 181-unit, amenity-rich multifamily property in Brunswick, Maine. The five-year loan has three one-year extension options and was arranged via Colliers.

The property is located within an opportunity zone and is part of the city’s Brunswick Landing Development, a project that aims to revitalize a former naval base.

Frazier is already looking ahead to 2023. “We are very much in the market and don’t try to time it,” he said. “I don’t think we are going to close anything between now and the end of the year but anticipate staying as active buyers in 2023.”