Chicago Atlantic Real Estate Finance is seeing increased opportunity within the cannabis-anchored real estate equity and debt investment market – a niche area that has historically been capitalized by high-net-worth investors and family offices.

Until now, about 90 percent of investments in cannabis REITs were financed by private investors.

“Investing in cannabis[-anchored properties] is actually up because of the lack of institutional investing,” John Mazarakis, co-founder and chairman of Chicago Atlantic, told Real Estate Capital USA. “The bigger institutional players will only come into the space after some sort of federal stamp of approval.”

There is another problem around the familiarity of investing in the market: “The biggest investors don’t really understand the space and discount how fragmented it is and what opportunities exist in the middle markets, which I believe are currently flying under the radar.”

The mortgage REIT supplies loans to cannabis operators. The company in May entered into an amended loan and security agreement with parent company Chicago Atlantic Lincoln and two FDIC-insured financial institutions related to upsizing its secured revolving credit facility from $45 million to $65 million. The facility has a maturity date of December 2023 and a one-year extension option.

Pricing on the floating-rate revolver is based on the REIT’s leverage ratio and ranges from 0 to 1.25 percent over prime, with a 3.25 percent prime rate floor.

“Having access to this facility at approximately 5 percent cost of capital is huge in this market,” said Mazarakis. “Rates in general are skyrocketing, both for bonds, US Treasuries and secured mortgage rates, and so we’re thankful to get [the facility] to $65 million.”

The REIT could see this growing to $100 million by the end of the year.

“We’re lending to the cannabis space, with real estate as collateral, our debt to real estate is under 60 percent LTV. We’re trying to stay within conservative, advanced rates, with respect to real estate values,” said Mazarakis.

He sees the current inflationary environment as both a blessing and a curse.

“We have about $300 million in facilities out there, say if they are at a 60 percent advance rate, somewhere around $500 million, inflation is benefiting our collateral coverage in general,” he said. “On the other hand, rising rates puts some pressure on the demand side and the ability for consumers to actually purchase the product.”

Chicago Atlantic is a floating-rate lender, a factor Mazarakis believes mitigates its interest rate risk. “We probably get about a 60 percent LTVs, and our portfolio is 63 percent floating, which mean an uptake with respect to every Fed rate increase.”

According to Chicago Atlantic, a large portion of the US population has accepted cannabis and, says the firm, 67 percent want some form of reform. But finding the silver bullet that will make everyone happy does not come easy, explained Mazarakis.

“That is why we’ve been in this limbo state for a couple of years. Cannabis is still a schedule one substance, which technically ranks federally higher on the illegal scale than cocaine.

“There’s a general acceptance for what we do as being somewhat uncorrelated or counter-cyclical, but the data is somewhat limited,” added Mazarakis. “We always expected to have a negative beta. So, we’re very excited about that.”

The firm has a $900 million pipeline ahead. But even so, it is approaching the markets more cautiously than ever.

“We are certainly a unicorn in the space, mortgage REITs with our leverage profile are almost non-existent. We don’t have any meaningful level of debt, which is uncommon for a mortgage REIT.

“The thing that kind of stands out to me is that our dividend will continue to grow in this choppy market. Given the fact that interest rates are going up, and that we have mostly floating rates. I think we’re probably in the best position.” 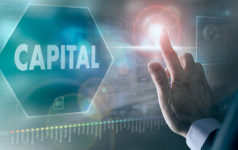 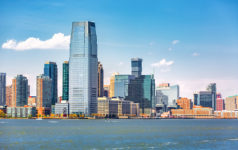 400 Claremont squeaks through $160m refinancing just ahead of rate hike