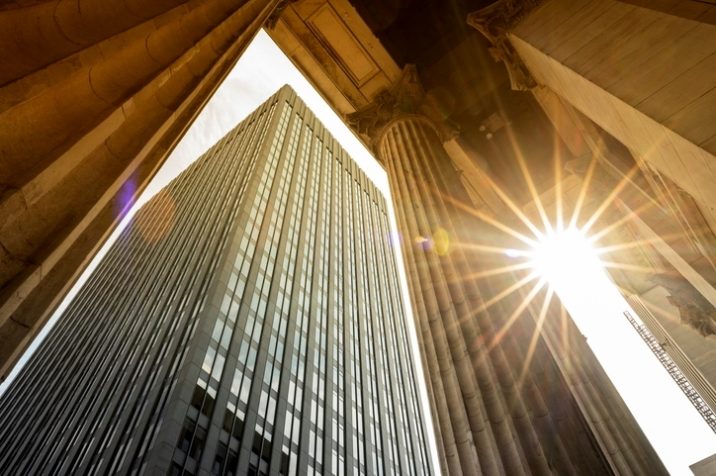 Lenders in the US conduit market – a segment of the commercial mortgage-backed securities market that has historically provided long-term, fixed rate financing for bread-and-butter properties – are hopeful that the sluggish issuance seen so far this year is a cyclical phenomenon that will change as the global economy emerges from the covid-19 pandemic.

The conduit market, through which multiple loans are warehoused by lenders then securitised in large issuances, once amounted to the lion’s share of US CMBS. However, this year it has been dwarfed by ‘single-asset, single-borrower’ deals on large portfolios or trophy assets, and by commercial real estate collateralised loan obligations backed by transitional loans.

Data from financial services firm Cantor Fitzgerald pegs first-half conduit issuance at $13.6 billion, with a full-year projection of $25 billion to $30 billion. This is a significant drop from the roughly $40.6 billion seen in 2018 and the $49.3 billion completed in 2019.

Darrell Wheeler, a managing director of securitised strategy at Cantor, tells Real Estate Capital there is a direct connection between conduit issuance in 2021 and the impact of the pandemic on property performance. Properties that go into conduit deals need to be able to demonstrate stabilised performance and a similar long-term out-look. Uncertainty from the pandemic has made this difficult.

“The potential 2021 securitised loans have had their 2020 historical performance affected by covid-19,” Wheeler says. “In many cases, there is a potential covid-19 recovery story to be securitised, but the fixed-rate conduit market is really a ‘show me the actual numbers and collections’ market.”

Wheeler adds that the impact of the pandemic has meant sponsors that may have preferred to take out long-term loans have instead turned to shorter-term financing options as they continue to work on stabilising their properties’ cashflows: “We fully expect the properties will likely see their cashflows recover with the rollout of vaccines, and that by 2022 many of them will be able to take advantage of longer-term fixed-rate financing.”

But on the other hand…

Ed Shugrue, portfolio manager of the New York-based RiverPark Floating Rate CMBS Fund, is less sanguine about what comes ahead for conduits. The sector is facing some structural headwinds, including borrowers that want greater flexibility than conduit lenders can offer. This has led more borrowers to the CRE CLO market.

“The debt funds that originate [CRE CLO] loans offer more flexible structures and terms,” Shugrue says. “Additionally, those lenders have a business model through which they retain the junior tranches [and] that is more forgiving when it comes to sizing and structuring loans. If a debt fund makes a mistake sizing a loan, it is re-coverable. If a conduit misses sizing a loan, it can be quite costly.”

Shugrue adds that there is a lack of appropriate product for the conduit market. The most common asset classes in conduit deals – retail, hotels, and smaller-scale office properties in secondary and tertiary markets – have been among the hardest hit by the pandemic.

“No one is doing retail lending anymore, and hotel and secondary and tertiary office are compromised,” Shugrue says. “Work from home is here to stay to some degree and tenants want to upgrade to buildings with better systems. The kind of office properties that went into conduits are currently out of favour.”

Alan Todd, managing director and head of CMBS strategy at Bank of America, says the inability to include a material amount of hotel or retail collateral is part of the series of concurrent trends that have reduced conduit issuance, at least for now. But there are other factors that have made it more practical for sponsors to tap into other parts of the CMBS market.

“There has been more M&A activity, which has meant bigger deals that work better in a SASB execution,” Todd says, citing a $4.65 billion securitisation that backed Blackstone and Starwood Capital’s acquisition of Extended Stay Hotels.

Todd adds that CMBS lenders that were originating large loans and then splitting them across multiple conduit deals were getting some pushback from investors who were concerned about concentration risk.

“Part of the rationale is that issuers realise that if they execute via the SASB market, they avoid that issue and also do not have to hold the other pieces of the loan on their books for multiple securitisations,” he says. “All of that aside, I believe what’s happening in the conduit market now is a cyclical rather than a secular change.”

To infinity and beyond

“I think it is worth noting that the commercial real estate debt space and the capital markets are very healthy,” de Haan says. “There is a healthy number of competitors, not too many or too few, and they have sizeable balance sheets that are writing well-underwritten and thoughtful loans. There is also an element of optimism and looking ahead. Commerce is back and, in places where it is not fully back, the intent is there.”

As this changes, conduit lenders are starting to see these factors trickle down through the market. Pat Jackson, CEO of Sabal Capital Partners, says the Irvine, California-based investment manager’s conduit platform has contributed capital to several deals so far this year and is seeing steadily rising demand from sponsors.

“Sponsors are saying that they are ready to get back into it,” Jackson says. “Everyone is expecting the second half of the year to be bigger than the first half. Historically, that has always been the case, but there is also a lot of pent-up demand.”

There is also an increased urgency among sponsors to try and lock in long-term low rates because the era of super-cheap money could be coming to an end, Jackson says: “Everyone who can refinance will find that the next six months will become a golden opportunity, and people who do not will find themselves regretting not taking ad-vantage of tight pricing.”

“Everyone who can refinance will find that the next six months will become a golden opportunity, and people who do not will find themselves regretting not taking advantage of tight pricing.”

Shlomi Ronen, managing principal of Los Angeles-based Dekel Capital, says the firm’s debt advisory business has recently seen a significant rise in activity as more sponsors have felt ready to test the waters. The company recently arranged financing for an office building on behalf of a client that had seen strong demand from conduit lenders.

Ronen estimates that all-in rates are generally in the high 2 percent to mid-3 percent range for 10-year conduit loans that off er leverage of around 65 percent to 75 percent.

“It is almost free money when you think about 3 percent financing for 10 years,” Ronen says. “I think if you are a sponsor who wants 10-year, fixed-rate non-recourse money with decent leverage, you do not have a whole lot of options outside of CMBS.”

There has been a big change, however, in how deals are getting done and issuers are forming new partnerships to clear their books on a more regular basis, market participants tell Real Estate Capital. “All of the conduits are having problems filling their buckets and you have also seen groups clubbing together to get their deals to the right size,” Jackson says. “Everyone is looking at their balance sheet management and risk management and, rather than having things on your balance sheet, there is a consensus that everyone feels bullish about moving forward.”

Jackson adds that Sabal, as a conduit originator that also retains the subordinate B-piece of the deals in which it participates, has found itself more heavily sought after by banks that are seeking originators to round out their deals.

As the conduit market has waned, bridge lenders like M360 Advisors have tracked a significant jump in borrower demand for transitional loans. This came after the firm had generally seen steady demand in the years following the global financial crisis, says president Matthew Koelliker.

“We are seeing many borrowers with properties that no longer qualify for permanent financing,” Koelliker explains. “This has increased the pool of borrowers looking for transitional capital, boosting demand for bridge loans. We have seen strong demand due to limited lending activity [as a result of] the effects of covid in 2020.”

“We have seen strong demand due to limited lending activity [as a result of] the effects of covid in 2020.”

But the firm has heard from many sponsors that they like the potential for a more flexible relationship with their lender. Koelliker says this shift has led it to think about expanding into other lending markets to complement its flagship debt fund, which targets high-quality bridge lending opportunities across the small- to mid-balance loan space – as well as expanding to include a core lending product for small- to mid-balance loans. “Construction lending does not currently fi t in our core programme but might be an area we want to explore,” he says.

There is a broad consensus that whatever the conduit market’s next act is, it will be different from those in the past. Although conduit issuance at one point made up nearly 80 percent of the CMBS market, it is now closer to 20 percent, Todd estimates. And that is OK – when the conduit market hit its record of about $180 billion in 2007, that was too much, he believes.