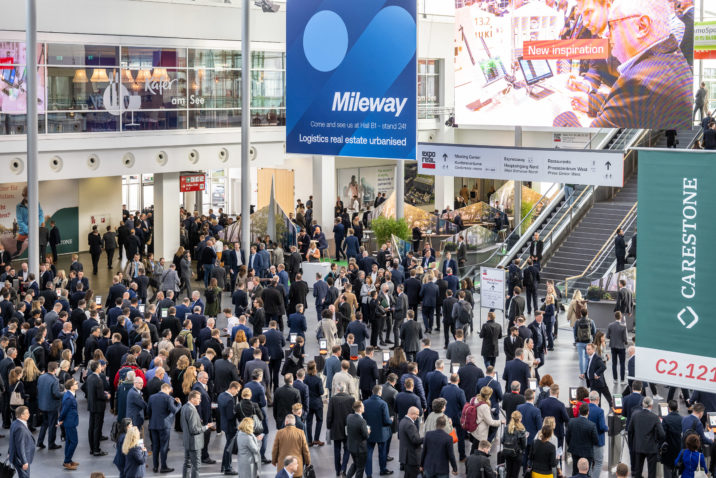 Real estate debt specialists gathered among the 40,000 attendees at this week’s EXPO Real conference in Munich were on a mission to find clarity at a time of high uncertainty for the European property sector.

Indeed, when market participants are most interested in what journalists are hearing from others, it is a sign that the industry is having a difficult moment. “Does this tally with your other conversations?” was a typical question in several of affiliate title Real Estate Capital Europe’s interviews at this week’s event. But clarity was something no one claimed to possess.

This year’s EXPO was held just over a week after the UK government spooked the financial markets with its tax-cutting “mini” Budget, sparking a collapse of the pound and creating a problem that, as Philippe Deloffre, managing director at debt fund manager ICG Real Estate, said, “is beyond us.”

“The GFC was the fault of the banks. This crisis is the fault of the governments,” said another lender. While Sam Mellor, head of Europe and APAC debt at investment manager Barings, explained: “The budget has lenders worried because the UK government’s plan implies higher public debt, and that could further fuel inflation – and interest rates.”

Deloffre said: “There is anxiety over how the UK property market will be impacted. It’s not clear which direction the UK government will take, or how its November budget will be perceived by international investors.”

EXPO participants agreed the UK situation is having a destabilizing effect across European markets. But US national debt is also a worry, some said, exceeding $31 trillion for the first time this week. It is considered one of many issues feeding nerves over the health of the global economy. “The banks aren’t the issue, but they do want to know what is going on,” said one lender. “Putin, the energy crisis, inflation – all of these are moving targets.”

As a result, lending is down substantially across the UK and continental Europe, reported Clarence Dixon, global head of loan services at CBRE. “For the clearing banks, the risk is not worth taking; the CMBS and CLO markets are shut – the investment banks and debt funds are still doing a bit but very selectively,” he added.

Huge volumes of capital remain focused on the real estate industry, through both debt and equity, to which the packed conference halls at the Messe München venue were testament. Today’s problem is interest rates, attendees agreed. More specifically, the frequency – and speed, of the change.

Rising interest rates were expected in 2022, but not the unpredictability that has accompanied the shift. And more of the same could follow, many believe. Market observers are concerned that the UK government’s fiscal spending will make it harder to bring inflation under control – and that could imply further rate rises.

There is a wide expectation of an investment market lull. Deals are difficult to complete – and that will continue at least until 2023, sources predict. Lenders, with higher funding costs of their own, are issuing debt that is more costly and at lower loan-to-values – with some talking about offering 55 percent rather than 60 percent, for instance. But lenders are sensitive about whether asset values are truly reflective of the new reality.

As Peter Hansell, senior director, real estate debt strategies – Europe at investment manager Nuveen Real Estate, explained: “The key question for most is: what is the correct value of an asset? Is the valuation provided truly reflective of today’s clearing price, or is it based on data [that is] a couple of months old. Backward looking metrics are not helpful in current market conditions.”

Buyers are equally cautious on pricing. The sharp, rapid, rise in interest rates has prospective borrowers concerned about the risk of returns being eroded because the cost of debt assumed in the investment decision is now substantially higher than the original investment case.

This is an issue that is even more acute when it comes to sourcing development loans, where build cost inflation and supply issues are skewing project flows and deals are thus harder to underwrite. “Right now, it is pretty challenging to find speculative development finance. Where it is offered people are asking if it is worth taking on the incredibly high costs, or simply just wait,” said Alexander Knapp, European CIO of global real estate investor Hines.

“Transactions are falling away as the returns no longer look as good,” said one debt adviser, adding: “It is chaos.” This is a problem for buyers beyond the UK as well. All-in financing costs on the continent are also resulting in financing costs being greater than income, in some cases.

In a sea of concerns, however, there is one type of life raft. Short term financing is a solution that some lenders are offering borrowers. Typically, the lender grants an extension to an existing loan for around two years, with a higher loan margin. Such transactions appeal to borrowers because rates may have come down by the time the extension expires. The gamble is that if the UK and the eurozone go into recession, that will mean interest rates could deflate once more.

In the meantime, by offering short-term loan extensions, lenders can retain key clients while improving their position on the loan. “The refinancing market is where the opportunities are right now,” explained one banker. “We can retain good deals at better terms, by lowering the LTV and asking for perhaps an extra 75 basis points.”

When asked to predict where rates will be next spring, he held his hands up and laughed. “If I knew the answer to that, then I wouldn’t be sitting here. Do you know?”