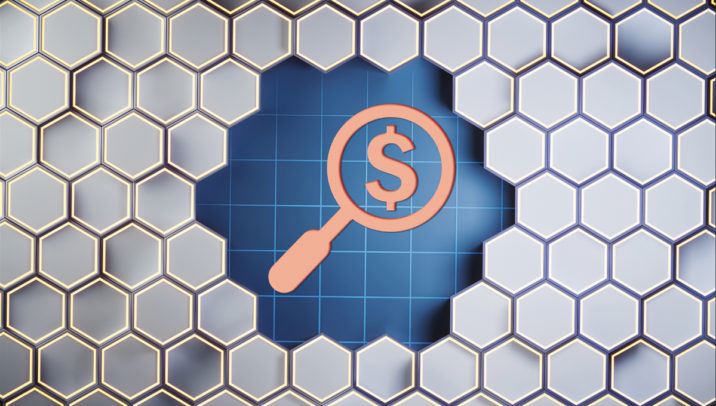 The global financial crisis marked a turning point for the US commercial mortgage-backed securities market. The commercial and investment banks had built CMBS into a force by then, completing $270 billion of new issuance in 2007 alone, but the crisis provoked them into dismantling their platforms and consider a world beyond this type of credit.

In the years immediately following the crisis, there was a growing sense that private capital would offer a better way for lenders to work with sponsors, providing greater flexibility around potential problems and the ability to maintain relationships after a loan was closed, market participants tell Real Estate Capital USA.

An additional push was the regulatory changes driven by the market failure of the pre-GFC lending environment. “The regulatory shift that occurred provided a market gap opportunity that wouldn’t have existed otherwise,” says Justin Kennedy, managing partner and co-founder at 3650 REIT, a national commercial real estate lender.

A growing entrepreneurial spirit became entwined with a growing sense that lenders were weary of the ups and downs of the CMBS market, adds Warren de Haan, co-chief executive officer at ACORE Capital. CMBS had endured several significant periods of volatility since Nomura Securities and Credit Suisse had completed the first CMBS deals in 1994, he explains.

“Over the past 25-plus years, we have seen multiple leadership changes and versions of CMBS businesses at the same banks,” de Haan says. “The whole idea of the business is to generate velocity and profits and to provide borrowers with the lowest cost, higher leverage, long-term fixed-rate financing.”

Some of the smartest and brightest people have been involved in the CMBS market, de Haan adds. “But if you look at it over time, CMBS platforms make a lot of money in the good times and risk losing a lot of money in volatile times. This volatility has also had an impact on employees of those groups, in some cases career-ending. We have seen a number of former CMBS executives either join or start alternative lenders, which, in theory, provide for more stability and an ability to better serve and retain borrower clients over a long period of time.”

Market participants are careful to underscore their respect for the market in which they launched careers and continue to have deep relationships. But they also speak of a growing desire to do things differently than in the past. Most importantly, these lenders see an urgent need to fix some of what they see as structural problems within CMBS, like the need to provide better servicing.

The US CMBS market was born out of the savings and loan crisis in the 1990s and took its cues from the original Resolution Trust Company securitizations, but with newly originated loans.

The idea for newly originated CMBS deals was simple: a bank would originate pools of mortgages for an exit via the securitization market, then use proceeds from the sale to fund new loans. The buyer of the b-piece, or the credit of the bottom of the pool, was typically the special servicer, charged with working out problems for the benefit of the entire trust. But there was something important missing.

“The CMBS structure was originally created as a stable funding vehicle for workout of ‘bad bank’ loan portfolios in the 1992-1993 timeframe and laid the foundation for the structural rationale behind the conduit CMBS market. The first new origination conduit deals just copied the structure the bad bank deals had used, and that structure was primarily driven by a special servicer buying the credit at the bottom of the pool,” Kennedy says. Yet, “Risk retention in conduit CMBS doesn’t replicate portfolio lender incentives, as the origination relationship typically ends at securitization.”

“Dodd-Frank introduced significant capital charges for commercial banks playing in the transitional space and a requirement for risk retention for CMBS issuers to create accountability and better align interests with investors. As a consequence, banks largely exited the transitional lending space given the drop in net carry and CMBS issuers adopted a much more measured risk tolerance. This has created a lasting opportunity for private capital able to price, structure for and hold risk to provide this important form of debt financing,” Sammann says.

There were advantages to looking at lending in new ways that better fit what sponsors needed. Joe Iacono, managing partner and founder of New York-based manager Crescit Capital Partners, believes the platforms used by alternative lenders are more appropriate for short-duration loans. “If you can offer the ability for investors to get in and out appropriately then that is a good structure,” he says.

Post-GFC it became harder for banks to maintain long term portfolio positions in pools of loans because of the increased capital required to be held against these assets. It was also clearer the incentives for lenders needed to be changed substantially. With a blank slate, alternative lenders thought about solutions.

3650 REIT concluded there is a way to use securitization which mirrors the profits and incentives of an insurance company portfolio lender.

“There were a few people in the early days of conduit CMBS who warned the model was doomed to fail. In 2008, they ended up being right because origination incentives became misaligned. While risk retention helps at the margin, it is still hard to align all the counterparties and transaction participants in the conduit model in a way that compares well with portfolio lender incentives. Throughout the lending value chain, portfolio lenders are consistently aligned with long-term stable credit performance,” Kennedy says. “As we approached the post GFC-era, we wanted to start with the process and incentives framework of the insurance company portfolio model.”

A place for everyone

There are more nuances around commercial real estate lending today. Although alternative lenders are making the case their way of business is more functional than those of traditional banks, there continues to be a place for the CMBS structure.

CMBS was a significant source of liquidity for borrowers coming out of the savings and loans crisis. “And it continues to be probably the best source of efficient, non-recourse, long-term financing for middle market assets, as long as the market is functioning. At certain points in time that may not always be the case, but overall CMBS is a decent product,” Iacono adds.

Alternative lenders continue to admire the opportunities present at a bank with both a CMBS and a balance sheet business.

At the end of the day, it is about the right incentives and that is where the alternative platform makes more sense for some lenders, Kennedy notes.

“If the lending profit model is based on the long-term, stable performance of your loan portfolio; sourcing, underwriting and asset management to achieve that goal are going to be the focus of the best lenders’ incentives. CMBS plays an important role in the market.  While risk retention was definitely a step in the right direction, the CMBS market participants should continue to target the process and incentive alignment of top portfolio lenders,”  Kennedy says.