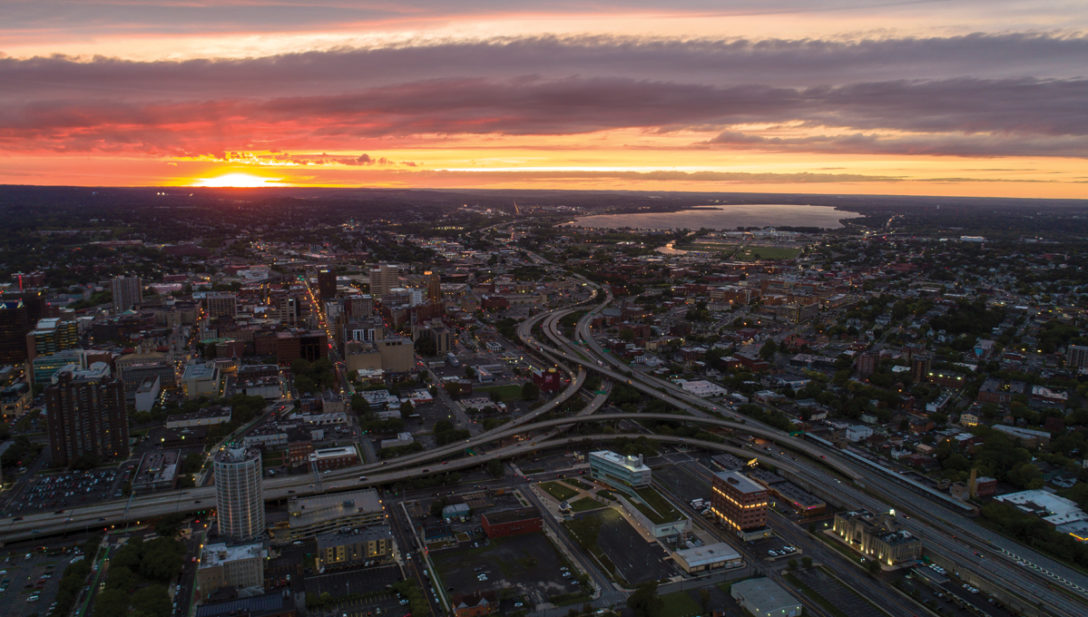 Cities such as Syracuse, New York, and Milwaukee, Wisconsin, among others have started to emerge as some of the more viable entry points for potential lending exposure outside typical in-demand Sunbelt cities as federal funding and local initiatives drive infrastructure shifts.

In the case of both cities, a common throughline is the renovation and redevelopment of decades-old infrastructure crucial to transportation and general functionality.

For Syracuse, this ongoing redevelopment involves tearing down and reformatting Interstate 81, a US highway carved across its residential neighborhoods through the downtown area.

Joe Lewis, a broker of record at Syracuse-based Sutton Real Estate, says the process to replace the existing viaduct through the downtown area has been going on for the last five years. Now nearing its development phase, new construction on the main Syracuse roadway is set to disrupt traffic flow and force nearby tenants to rethink staff occupancy in offices neighboring the work.

“Unfortunately, the viaduct goes right through the center of Syracuse and is right next to the largest employer in our county – which is Upstate Medical University – and already the university is eyeballing what uses are going to be impacted at the hospital. They’ve zeroed in on the most critical care component, the cancer patients that receive regular infusion doses,” Lewis says. The university, as one example, is taking some of its operations to locations out in the city’s suburbs to prevent disruption of standard business or treatment.

Lewis says in the initial planning phases of the grid, the potential risk of eminent domain had also put office tenants near the viaduct on edge and stymied capital investment and leasing flow with the future of immediately adjacent buildings in a gray area. At present, Lewis says investment has picked back up as the current plans do not call for destruction of any nearby commercial properties.

“There’s a lot of political talk about the impacts of inflation and how costs have risen,” Lewis says. “But at the same time, there’s an insatiable demand for not only real estate in the short term, but in the long term, too.”

Lewis says for commercial properties with capital requirements due this year, the refinancings have gone a little bit better than expected.

“What we have achieved here in the last couple of years – which is kind of unusual for Syracuse – is an increase in rents and that rising tide raises all boats,” Lewis says. “As we have seen interest rates tick up and the impact that the interest rate has in the overall capitalization rate for valuing property, the increase in rents has helped offset that increase in the rates and the values, which has been very helpful.”

Studies on minimizing disruption in upstate New York drew much of their inspiration and compare best to similar efforts in Milwaukee, Wisconsin, where a downtown business core sits immediately adjacent to the medical community, Lewis says.

In its redevelopment, Milwaukee similarly took down a downtown portion of its Park East Freeway in 2002 to recalibrate its traffic grid and improve walkability between its downtown hub and the nearby river. The demolished freeway was replaced by McKinley Avenue, which now serves as the connector to Milwaukee’s aptly named Riverwalk development, which has since gained traction for multifamily, residential and office investments in the years following.

Smaller cities such as Syracuse, Milwaukee and other metropolitan hubs have not been immune to the commercial real estate volatility brought on throughout the pandemic, even while they try to bolster local infrastructure and asset lending opportunities.

Centrally located businesses have been rethinking their office footprints or actively adapting them to accommodate hybrid working preferences, according to Lewis, oftentimes opening more doors for suburban office lending deals that would have garnered less favor in prior years.

Kristen Nave, a real estate salesperson at Sutton, says demand for multifamily in in the Syracuse metro area has remained persistent throughout the pandemic period and, even if it lacks the pre-2019 pace it carried, population growth is still providing a boon heading forward. The state of retail in smaller

cities such as Syracuse presents an interesting case study as pandemic headwinds have subsided. In the neighboring town of DeWitt, New York, the once-defunct ShoppingTown Mall is gaining a new shot at commercial real estate lending life with a potential $400 million redevelopment to convert the retail center into a large multi-use complex.

With Syracuse’s largest mall, Destiny USA, still intact and leasing to current and new tenants, the ShoppingTown site is being reimagined to include more than 500 new residences. This spans market-rate apartments, townhouses, condominiums and affordable senior housing, as well as 170,000 square feet of medical and office space, 250,000 square feet of retail space and green areas.

The development has been redubbed District East and is being spearheaded by OHB Redev, a joint venture of Hueber-Breuer Construction; Dalpos Architects; Housing Visions; and Redev CNY, according to Syracuse’s The Post-Standard.

Outside New York state, secondary market opportunities are not lacking. According to an August report from Trepp, the leading secondary metropolitan areas for CRE investment include clusters such as the Washington cities of Seattle, Tacoma, and Bellevue, as well as San Jose, Sunnyvale and Santa Clara in California.

The greater Seattle area has benefited from high CRE investment throughout the pandemic, which Trepp says led to a growth in investment of almost 20 percent. Coupled with low distress rates, a high weighted average debt service coverage ratio of 2.16x and the fourth-highest amount of 2022 issuance, at $1.65 billion, the area has become prime for renewed and expanded lending opportunities.

San Jose has seen a similar trajectory, as both locales feature a significant emphasis on supporting technology companies and global corporations when it comes to investment priorities. This throughline crops up in cities such as Syracuse and Milwaukee too, even though population and economic output trails the larger metropolitan areas across the US.

The absence of a headquartered tech giant does not negate the potential seen in other cities, either. Notably, North Carolina and South Carolina have become prime for expanding lending footprints, be it with life sciences assets or projects supporting the local start-up base or roster of academic institutions found in the Raleigh-Durham area or greater combination of Charlotte, Concord and Gastonia.