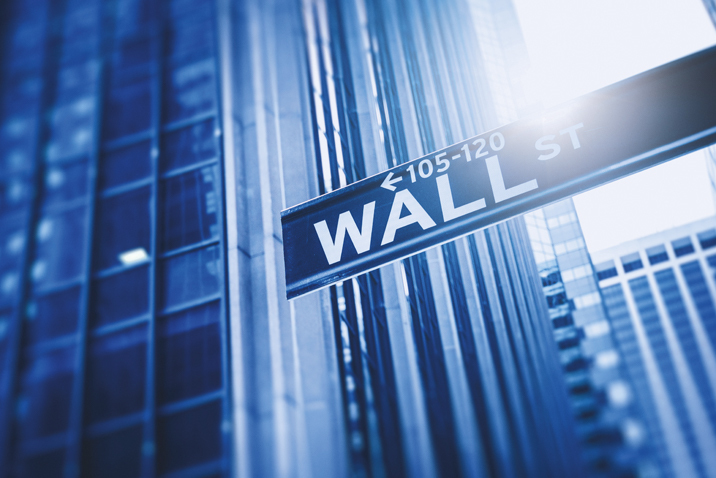 Covid-19 is testing the flexibility of the alternative lending market in the US. Thus far, the sector has proven malleable. Although new financing deals have been scarce since the shutdown in March, so too have defaults on loans issued by mortgage real estate investment trusts and real estate debt funds pre-covid.

Early in the crisis, many mortgage REITs were hampered by dislocation in leveraged securities portfolios, but loans originated by the REITs have generally held up. The sector’s top debt funds also have strong liquidity reserves, limited exposure to retail and hospitality assets, and term loan financing structures, which are not subject to margin calls. Some have continued to hit their target returns and pay dividends. “Maybe it’s too early and things may be more likely to get worse than to get better, but when we reached out to a lot of these groups, they seemed to be weathering the storm better than expected,” says Marc Cardillo, managing director at Cambridge Associates, a Boston-based consultancy and investment firm.

Yet it is by the grace of the big banks that fund alternative lenders that most debt funds have avoided pain, while some mortgage REITs have been forced to sell assets to pay back loans against their CMBS investments.

Most US debt funds use credit lines to leverage parts of their portfolio, or enter into repurchase or ‘repo’ agreements – by which banks agree to buy loans from non-banks for an agreed period, thereby providing liquidity. If banks had enforced margin calls on such facilities as strictly as with REITs, debt fund managers could have been distressed sellers too. Instead, many funds were granted covenant holidays along with pre-approved loan modifications to offer their underlying borrowers. The latter have passed the relief on to tenants.

“The longer this situation lasts, the more likely it is that even the strongest lending institutions feel some pain”

“The debt funds and mortgage REITs that have had the most success in the current climate are those that think of lenders and borrowers as partners, to some extent, not adversaries,” says Dan Stanco, co-head of the global real estate investment and transaction practice at law firm Ropes & Gray. “The best outcome is to get loans back to higher levels of performance, not have a bunch of defaults that could result in a flood of real estate-owned and non-performing loans on balance sheets.”

But there are no illusions that this can go on forever. Richard Mack, chief executive of New York-based Mack Real Estate Credit Strategies, is one of those waiting for the additional market dislocation they feel is inevitable. MRECS, which has raised $3.9 billion for its debt vehicles in the past five years, has continued to hit performance targets and pay dividends this year, and it has only sold one loan, electively, for a modest discount. Although Mack attributes the platform’s health to its conservative structure, he realizes that can only take it so far: “The longer this situation lasts, the more likely it is that even the strongest lending institutions feel some pain.”

So far, most distress in the alternative lending space has been tied to commercial mortgage-backed securities. This is due, in part, to their rigidity but also the volatility of the crisis and how mortgage REITs were investing in them.

Mortgage REITs have used CMBS and similar assets as cash alternatives. Normally stable and easy to sell, real estate debt securities have been useful liquidity tools. Yet many REITs ended up in hot water for this common practice because they were leveraging their CMBS via revolving repo agreements.

While traditional repos function like overnight bridge loans, revolving repos are more akin to standing credit lines, for which the underlying securities serve as collateral. Assets bought in these arrangements are subject to daily marks and banks have a wide berth to call for paydowns with little notice.

Pre-covid, TPG RE Finance Trust, a subsidiary of investment firm TPG, owned $960 million of real estate securities, which were financed with $825 million of revolving repo credit – a cumulative advance rate of roughly 86 percent.

When the CMBS market froze, banks wrote down the value of the securities, causing leverage ratios to rise and trigger margin calls. Without cash or an ability to raise new capital, REITs had to sell assets. TRTX sold nearly 80 percent of its securities portfolio at a loss of $179 million, per public disclosures. Starwood Capital recapitalized the REIT with a $325 million commitment, of which $225 million has been called on.

Although widespread defaults have not occurred, the crisis has had a searing impact on debt lenders, borrowers and investors, if only because it establishes a new worst-case scenario for market liquidity. While private debt funds have proved resilient, they are not immune to scrutiny. Christy Gahr, a principal and real estate consultant at Boston-based investment firm Meketa, says institutional investors are looking closely at how lending platforms are structured. The use of repo and other warehouse facilities are top of mind, as are fund-level capital reserves and loan structures.

Anticipating further distress, Gahr says investors want to be sure future workouts will not be a distraction for prospective managers before making new commitments: “We’re spending more time understanding where there might be potential exposure to distress in existing portfolios to better understand the capacity, time and attention that is available for new investment.”

Steve Bailey, head of PGIM’s real estate debt strategy, expects banks to be more selective about the debt providers they lend to. “What you’ll see over the next few years is banks focusing on their top-tier client lists,” he says. “If you’re not on it, you’re not likely to get capital and, because of that, there’s going to be some consolidation in the marketplace.”

Rather than wait for banks to make margin calls, Bailey says PGIM went to its lenders proactively, offering 10 percent paydowns in exchange for two quarters of covenant relief. All but one bank agreed, and PGIM paid down the holdout in full. Bailey says most of his peer funds followed a similar playbook.

After securing its portfolio and waiting as the market settled, PGIM closed its first covid-era loan in mid-July: an unleveraged loan to a “best-in-class sponsor” for a ground-up industrial development. Bailey thinks this will be a template for the platform: “Our outlook is the marketplace is going to operate on a much lower leverage basis… but primarily because the banks are going to be very careful with their use of capital.”

Many questions remain unanswered, particularly as covid cases persist in the US and stifle the economy. Debt funds and lenders will need to determine how long they can offer leniency and what will happen when they stop.