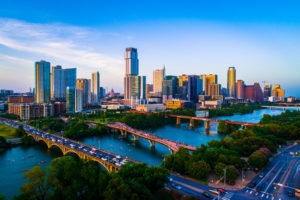 iBorrow is planning to carve out more deals in Texas to remain competitive amid an influx of premium debt funds, banks and insurers vying for space in its core markets of regional office, industrial and multifamily.

Brian Good, CEO at the Los Angeles-based short-term bridge specialist, told Real Estate Capital USA that the firm views Texas as the best market in the country right now for business, having established a preliminary foothold in Austin this month.

iBorrow had been targeting an Austin entry for some time prior to securing its first deal in the city this month. “With owners in Texas, you really have to know the local players,” Good said. “They don’t want to go to California to borrow money, they would rather stay home and help the locals.”

In the recent deal, iBorrow signed a $13.9 million loan to support the acquisition and value-add renovation of a three-story office building on a 3.7-acre site in Austin. Good said the signing will serve as a launching pad for iBorrow to get more loans rolling throughout the city.

He added that the firm likes Austin because of the city’s steady population growth rate, which has averaged around 50,000 new residents per year in recent history, according to US Census Bureau data.

Texas’s comparative density, among other characteristics, means the state provides more opportunities than some other popular southern states like Florida, Good said. Dallas, Houston, Austin and even San Antonio all present future business growth opportunities for iBorrow, and the firm is looking to fill gaps left by banks and lenders that hesitate to work with more entrepreneurial borrowers.

Multifamily, industrial and office opportunities nationwide are top of mind for the firm. Good said industrial conversions into office spaces will be a big play for iBorrow in the future, along with existing industrial properties in areas that have seen recent cyclical spikes in popularity.

“On the flipside of that, a lot of people have been buying industrial property at the highest price possible on buildings that are really obsolete,” Good said, noting such properties feature, for example, low ceilings or lack infrastructure compared to more viable existing offerings. “That’s going to bite some people.”

In some cases, Good said, developers are scooping up industrial buildings and overpaying for the land alone because of attractive zoning and the potential to expedite the permit process when redeveloping the property. “The pricing on industrial is astronomical – especially in LA and California – but I think there are plays there that are exciting for us and that we can get involved with,” he said.

On the multifamily front, Good said the current low cap-rate environment has investors continually buying and trading apartment deals, in some cases with no research into the property’s underlying problems, at a rate he’s never seen before.

“There are a lot of people out there that are buying properties with a moderate to heavy lift that don’t have the capability to do that,” Good noted, adding that the changes needed on the properties can get quite complicated. “Overpaying is going to come back to haunt some of these borrowers in the near future.”

Rescue capital is another realm where iBorrow is spotting opportunities. In the multifamily space especially, Good said being patient on the sidelines could present cheaper deals supported by guarantees for quick sales or other alternatives that save borrowers from exacerbating margins of error.

iBorrow has also completed a few hotel-to-multifamily conversions and examined other similar potential opportunities recently. Good noted such deals make for an interesting play, but can be heavy lifts on par with, or worse than, new construction, depending on building compatibility.

While the office sector lacks the strength of multifamily and industrial, it is strong enough to provide more growth potential for iBorrow, Good said. The firm prefers multi-tenant office deals and prepared borrowers that bring a full package of conservative estimates, permit timelines and general proof they’ve thought through the process of carving out new business in the category.

On a nationwide basis, iBorrow is also looking toward Seattle, Nevada and Arizona for additional growth after backing new deals in each area in recent quarters. But Good said the firm is doing more business in the Southeast and Northeast US than in the Southwest region.

The firm has cut three to four deals in New Jersey in the last month to back its Northeast US push. On February 15, iBorrow also provided a $52 million loan to support property upgrades on a 798-bed, 12-story Temple University student housing complex in Philadelphia.