Commercial real estate lenders are seeing selective opportunities in the retail sector, with a handful of high-profile transactions providing insight into the kind of deals that are being done – and the kind that are not.

A case in point in SVPGlobal’s restructuring of retail real estate investment trust Washington Prime. The global private equity manager saw a way forward for the REIT, even with concerns around the retail sector. One draw for SVPGlobal was tapping into the stability of the REIT’s approximately 55 open-air centers. The other was reducing its significant debt load and privatizing the company, Victor Khosla, founder and chief investment officer, tells Real Estate Capital USA.

“Open-air malls, which are businesses that have anchor tenants that are companies like Wal-Mart or Target, will have very long-term leases,” he says. “These businesses have been growing over the past five years and have been underpinned by predictable cashflows. The stability of the open-air portion of the company’s portfolio made it possible to make interest payments. You just needed to get through the excessive leverage.”

SVPGlobal acquired about $500 million of the junior debt and was able to lead a group of creditors to restructure the company because it believed in the potential for growth and the ability to make some operational differences to the portfolio, Khosla says.

“Yes, there are naturally some issues with Washington Prime’s 43 enclosed malls, given what has been happening in the space over the past decade,” he adds. “Washington Prime has done a reasonable job in pruning the portfolio more closely over the past three to four years, but obviously parts of it are still tough and challenging.”

In the restructuring, SVPGlobal reduced the senior secured debt to $1.2 billion and equitized the junior debt. SVPGlobal also infused $300 million of equity into the company. These moves also increased the faith from the REIT’s lenders and partners that there was a way forward.

“I think creditors got comfortable because of mall values – particularly open air – and we were able to inject so much fresh capital,” Khosla says. “Still, these deals are tough to execute and there are a lot of moving parts. The business is under stress with the strain of going through bankruptcy. There was a good management team, but you also had to deal with the leverage and the costs of being a public company.”

Despite the headline risk around the retail sector, there are selective opportunities for development. Vestar, a retail specialist that owns more than 60 retail centers in the southwest and western US, is working to line up financing for the construction of over 600,000 square feet of retail space across three centers in the greater Phoenix area.

David Larcher, president and chief operating officer, tells Real Estate Capital USA that the firm is evaluating lenders for the trio of planned projects, but it is likely that local banks in the Arizona market will hit the bid. The firm expects to have a lender in place in the next 60 days.

“The institutional market is starting to discover that on a risk-adjusted basis, retail, in spite of what it has gone through the last few years provides a nice risk-adjusted return compared to the other product types that are out there,” Larcher says.

The way in which restrictions around covid-19 were handled and the performance of the existing tenants in the market are influencing the availability of capital, he adds. 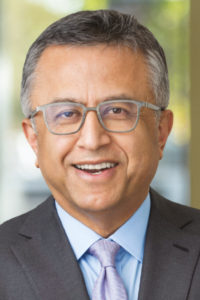 While the last 18 months of the coronavirus pandemic and government-mandated restrictions have hobbled the service industry across the country, Larcher says retailers in the US Sunbelt, and particularly in Greater Phoenix, have found themselves facing a vastly different predicament.

“Tenant sales as well as traffic [in greater Phoenix] have well exceeded 2019 pre-pandemic levels,” Larcher says. “We’re seeing unprecedented demand for our space in the existing assets that we have in the market.”

The planned centers will be in the Queen Creek and Peoria submarkets, just a few miles from downtown Phoenix. The construction comes as overall vacancy in greater Phoenix decreased 20 basis points quarter-on-quarter while the year-to-date net absorption reached 496,542 square feet by the end of June, according to second quarter 2021 data from consultant Colliers.

Investment sales in the retail sector reached $350.5 million in the second quarter of 2021 and increased 19 percent over the first six months of 2020. Additionally, retail spending is rising in the Phoenix area.

“Pent-up demand resulted in a retail spending increase of 25 percent compared to January 2020,” Phillip Hernandez, research manager for Colliers wrote in July. “Phoenix maintains its top metro position for net migration for the [third] consecutive year from July 2019-20, so our market is witnessing more and more demand for retail outlets entering the area.”
The report also noted that suburban retail development makes up more than 80 percent of construction as developers actively work to keep up with the strong growth.

The ’right type’ of retail

Crescit Capital Partners, a New York-based commercial real estate investment management company, has been seeing a lot of product flow in the retail sector and, for the right deals, has been funding loans.

“For the right deals, we are engaging,” Joseph Iacono, CEO and managing partner at Crescit, says, noting that there are owners who are acquiring neighborhood centers at good prices and going-in cap rates. “These properties are in the need of some repositioning but have not been as impacted by internet disintermediation.”

These opportunities have been exacerbated, although were not entirely driven by the covid-19 pandemic. “These are assets that are now in need of more intense management,” Iacono says.

Troy Applegate, head of commercial mortgage lending at JPMorgan Chase, wrote in a recent report that the success of strip malls in densely populated areas during the pandemic across the country hints at a growing trend of successful retailers.
Applegate said the retail centers with tenant rolls that combine in-person services and casual dining, and are often anchored by grocery stores or pharmacies, performed the best during the pandemic.

“Many stores did close, and only time will tell how retailers reliant on office workers and tourism will fare,” Applegate said. “But service-oriented strip mall retailers in densely populated urban and suburban neighborhoods performed well throughout 2020 and 2021. These properties have consistently performed well regardless of market conditions.”