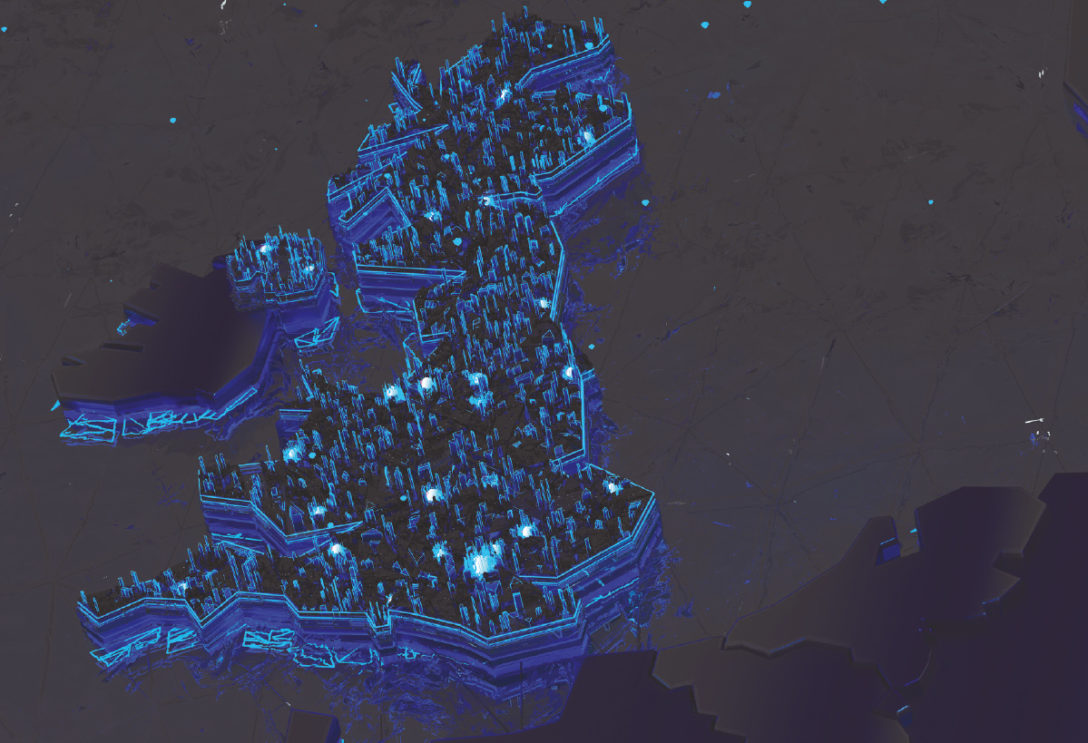 Lenders to the UK real estate sector made up for a quiet 2020 during the first half of 2021, with a 50 percent increase in loan origination volume compared with the same period last year according to new research.

The UK Commercial Real Estate Lending Report showed new lending in H1 reached £23.3 billion ($31.4 billion). This outstripped the £15.5 billion lent in H1 2020 as the pandemic hit and was roughly in line with the first-half volume recorded in 2019, according to the report, compiled by City, University of London’s Bayes Business School.

During H1, lenders were not significantly distracted by the need to deal with distressed situations across their portfolios, the report suggested. Although the weighted average of loans considered to be ‘underperforming’ on total loan books remained relatively high – at 9.3 percent – occurrences of “hard defaults” were rare in H1, Nicole Lux, senior research fellow at Bayes and the report’s lead author, told affiliate title Real Estate Capital Europe. Listed below are other key findings from the report.

According to Lux, the origination figures indicated a steady recovery of the market, with transactions that were stuck in the pipeline during 2020 addressed in H1 2021. The report showed half of new origination financed acquisitions, with the other half accounted for by restructuring and refinancing of loans that had been extended in
2020.

“The volume was up, and it would have to be, because so much business was on hold in 2020,” Lux told Real Estate Capital Europe. “But I was surprised by the extent. I didn’t think lenders would be so comfortable so quickly, considering that the discussion about offices continues, asset classes like hotels and retail have an uncertain future, and logistics is overpriced. But it seems all lenders are doing business.”

Bayes predicts full-year origination could surpass 2019, when £43.8 billion was done. However, factors such as additional costs due to sustainability efforts, income decline due to tenant failure and rental decline due to structural changes in the market, are among potential headwinds.

The 9.3 percent weighted average of underperforming loans on total loan books should not all be thought of as toxic debt. “It is mostly covenant breaches,” said Lux. “There is no negative equity in most situations. The most severe issues we encountered were some problems on the income side, with sponsors not paying full interest.”

She explained that the weighted average default on total loan books stood at 3.9 percent, up from 3.5 percent at the end of 2020.

“Many lenders extended loans or waived covenants in 2020,” Lux explained. “After doing this twice, many have set up new loan agreements which either set covenants so high they will not be breached, or they have got rid of the covenants altogether.

“Some say because the government has supported business incomes so far, there could be more of a problem in the second half of the year, with tenants unable to pay and a shortfall on interest payments.”

Alternative lenders on the up

UK banks accounted for most origination in H1, although Lux said this was due to the scale of their loan books, with refinancing of existing debt dominating activity. ‘Other’ lenders – mainly debt funds – were the second most active originators, with 24 percent of the total.

“The real turnover is on the debt fund side of the market,” Lux said. “They do short-term loans, and their balance sheet turns around every two years.”

In the investment lending market, prime office loan margins increased by 12 basis points to an average of 242bps. Hotel loan margins were 20bps higher at 349bps, while secondary logistics loan margins narrowed by 36bps to 278bps, close to prime at 252bps.
However, Lux said pricing trends were difficult to identify: “There’s no clear tendency. Some lenders price things higher, others don’t. Clearly, prime is competitive and margins are down.”

Lux added that the increase in logistics margins reflects increased caution. “A lot of lenders are saying they don’t want to lend against logistics for now because it’s overpriced,” she said. “They see that developers can build a new shed easily, not far from [an] existing one, and then the vacant possession value is the only thing you have. Also, end-users have specifications for how they want their shed to be, so it’s not so versatile a sector anymore.”