The US commercial real estate debt markets are holding out hope for more clarity on the magnitude of future interest rate increases.

“We’re waiting and watching. We all know the direction, [but it’s] just a matter [of] the magnitude,” said Alan Todd, head of US CMBS research at Bank of America.

The magnitude of future rate increases will be a key topic in 2023, particularly with a sentiment that future rate hikes could follow the pattern seen at the last Federal Open Market Committee meeting in December. At that time, the US central bank raised rates by 50 basis points, for a federal funds target of between 4.25% and 4.50%.

The increase was the seventh interest rate hike executed by the Federal Reserve to tame the historic high inflation seen earlier this year. The changes have imposed a significant impact on the valuation of properties, the cost of refinancing, and key market drivers like loan-to-value ratio for real estate. With different case scenarios playing out, the real estate capital market will continue to navigate uncertainties stemming from the changing interest rates in 2023.

In December, chairman Jerome Powell once signaled a possible slowdown in interest rate hikes after the benchmark rate was raised by 75 basis points for four consecutive meetings. His commentary led commercial mortgage-backed securities analysts to hope for a more viable market in 2023. Still, there are concerns on how swift any changes would be.

“It’s great that we’re getting to a point where things should start leveling off. That’s the positive side. The negative side is, [it’s] leveling off at a fairly high level in the recent debt industry,” said Manus Clancy, senior managing director and the leader of applied data, research and pricing departments at New York-based data and analytics provider Trepp, in an early December interview.

While the Federal Reserve’s 50 basis point hike in December was lower than a series of 75 basis point increases, Jerome Powell said there’s more work to do in tightening the monetary policies and market participants are anticipating more rate hikes.

“Rising interest rates have had the single largest impact on the market,” said Ed Shugrue, portfolio manager for the RiverPark floating-rate CMBS fund. This continued increase will cause distress for some loans, he added.

The scope of the increases has been across the board, with Shugrue citing the London Interbank Offered Rate (LIBOR), a benchmark rate used for adjustable-rate loans and mortgages. Although LIBOR is being phased out, the benchmark is still quoted and it rose from close to zero to above 4 percent in 2022. In addition, the 10-year Treasury yield also raised from around 1.5 percent to 3.6 percent by the end of this year, hitting above 4 percent in the third quarter.

Shugrue notes that rising interest rates  have led to significant valuation declines for fixed-rate CMBS portfolios and have increased the risk of potential delinquencies. “With rising rates and lowering valuations, we are likely to start seeing more CMBS defaults,” Shugrue said.

Despite that, the market hasn’t seen many delinquencies yet. Todd agreed the current interest rate environment might result in more distress in 2023.

Over the long-term, some analysts think the interest rates will remain at a higher level and won’t easily climb down.

“My personal opinion is, the interest rates will continue to increase,” said Rob Gilman, partner and co-leader of Anchin’s Real Estate Group. “I don’t think we’re going back to the low interest rates [like] in the 4% or even the 2.8% mortgage [rates] that were out there about a year ago.”

Unless borrowers need to refinance debt, they will not.

“The only reason to refinance now is if you can refinance an amount equal your existing mortgage. With rising rates and expected decreasing valuations, there is a likelihood that you may not be able to refinance for the full existing amount of the mortgage down the road. ” said Gilman, adding that refinancing can be the last option under the current interest rate environment.

“The extent to which those concerns [of delinquency] are higher also depends on what kind of economic environment we’re facing,” said Todd at Bank of America, noting that the US economy might experience various scenarios when monetary policies are implemented. Whether it will be a soft landing, a hard landing, or a mild recession, the debt market could react differently.

“We’re waiting and watching. We all know the direction, [but it’s] just a matter [of] the magnitude,” said Todd. 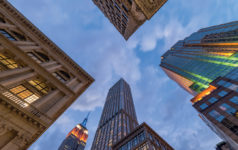 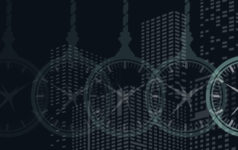