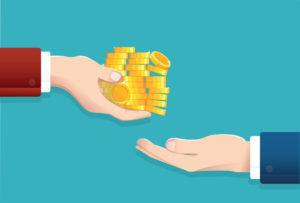 Mack Real Estate Credit Strategies sees the most dislocation – and the most opportunity – in the most senior part of the capital stack for transitional loans.

Richard Mack, chief executive of New York-based Mack Real Estate Group and lending affiliates Mack Real Estate Credit Strategies and Claros Mortgage Trust, says he is seeing an environment in which banks are pulling back and the commercial real estate CLO market is backing up – two factors that are making it harder for alternative lenders to leverage the loans they are making.

“Senior capital across the board has dried up. The lowest-risk, lowest-cost seems to be the hardest to find,” Mack says. “There is quite a bit of capital that wants to take a little more risk. But with banks pulling back and the CLO market backing up simultaneously, in some cases it is becoming harder to leverage the loans you’re making.”

The firm continues to have good access to financing, albeit more expensive levels than in the past, and has tempered its willingness to underwrite certain risks as the market continues to be volatile. While there is a school of thought around originating lower-leverage loans and increasing that leverage when the market is more stable, that strategy can be dilutive to returns.

“We are trying to manage how we access senior financing. As bank capital has mostly disappeared from the market, the knock-on impact is that it raises the cost of all capital across the market,” Mack says. “We have taken the perspective of being a little risk-off, allocating more of our dry powder to cashflowing assets, and focusing on a lot of multifamily in Sunbelt growth regions.”

The firm’s affiliates are in the market as both borrowers and lenders, with Mack noting this provides a unique perspective.

“The public markets are telling you valuations are down on assets because of the higher spreads and rates. The private market is either behind or telling you they believe rental rates are increasing fast enough and the higher cost of capital won’t be sustained to diminish value. Or they’re saying these increased rates and spreads are very temporary, and we will re-adjust to a lower rate,” Mack says. “The industry is still dancing around who is going to win – in other words, what is the right view of asset values and capital availability and how will the market come into focus when some of these conflicting dynamics stabilize.”

The problems seen in the US are more pronounced in Europe, where Mack is looking at potential opportunities.

“The threat of recession is higher in Europe, and the threat of stagflation looms larger. I don’t know if we will engineer a soft landing here in the US, but it is more likely here than in Europe. As a result, we are seeing even more bank pullback there and while spreads have moved more, rates have not. It’s an interesting environment,” he says.

Looking ahead, Mack sees an environment in which there are two schools of thought about rental rates and interest rates.

“The market is trying to discern who will win the race between rates and rents.  The question becomes: how do those two factors drive valuations?” Mack says. “If you believe rents are going to win, then you’re a buyer at market today and you’re willing to suffer negative leverage through the point where you expect to see rents keep going up. But if you think rent growth is slowing and rates will be persistently high, then you’re likely to be a seller of assets or you’re sitting on the sidelines.”