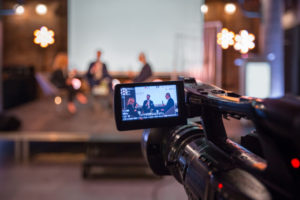 More than two years after the start of the covid-19 pandemic, in-person events have not yet recovered and lenders and borrowers are working to figure out the new metrics around event spaces – and if distress is on the horizon.

There has been improvement, but things still are bleak for dedicated event spaces and similar spaces that are part of hotels or convention centers. A report from Skift Meetings, a New York-based event research and advisory company, found that 67 percent of event and conference companies surveyed in the fourth quarter of 2021 saw a loss of business in the calendar year compared to 80 percent that reported losses during the same period in 2020.

Additionally, more than half of the conference professionals Skift Meetings surveyed anticipate future events to be smaller in size and offered in a hybrid format. About one-third expect future events to take place over a shorter duration, in a more local setting or to be entirely virtual.

This tepid outlook could spell trouble for loans originated on event-focused assets – and an opportunity for special situation lenders, distressed opportunity lenders and regular commercial mortgage lenders to come in to capitalize on the dislocation, according to Manny Grillo, a partner in London advisory Allen & Overy’s restructuring practice.

Like many things in the commercial real estate market, there is likely to be a bifurcation according to the brand awareness around these spaces and Grillo noted intellectual property and branding will be factoring into lenders’ calculations. This means two things, he added. “One is that your pricing is going to go up because you’re talking about being at the higher end of the market in respect of the risk-reward premium,” Grillo said. “And then number two is that these particular groups of lenders are not going to be frightened by the possibility of coming in, loaning to own or having to own because there is a default.”

There are further risks to take into account, including a property’s location within a specific submarket. “Anything that’s in a downtown market is at risk, because they survive principally on the business traveler that comes in and the tourists, things like that,” Grillo said. For hotels with large event spaces, the decline in conference bookings adversely affects the income for the whole asset too.

Grillo cites the situation around one event space in New York City’s Hudson Yards as an example of a conference facility showing different performance than surrounding properties. In October 2020, the asset went into bankruptcy and subsequently found financing after the pandemic stalled its standard event flow.

According to court records from the time of its bankruptcy, Hudson Mercantile owner Bentley Meeker cites the asset as having recorded revenues of $1.6 million or more in the previous few years before facing total closure in March 2020 because of the pandemic. Outdoor events were the first to come back for the space, though indoor happenings were stalled until more recent quarters.

While time in the office and at conferences may be down compared to historic levels in metropolitan hubs such as New York, Boston or Washington, DC, other locales beyond the Northeast US and Mid-Atlantic have not faltered as much, depending on market response and recovery from the initial onset of the pandemic. Varying state-by-state responses and pandemic adaptations carved the way for places such as Texas and Florida to return to communal spaces sooner than other states.

The decline in foot traffic affects more than just conference and event centers across the US.

“The weakness starts around the edges of any market and clearly those facilities have suffered the most distress nationally and that’s where the most losses are occurring,” Grillo said of Class B and C retail centers.

“When you take a look at when those assets are sold, they’re sold for a lot less than what the mortgages were on those properties and the pro rata share of the CMBS loans attributable to those properties,” Grillo said. “They’re taking huge hits.”

Grillo said while there will always be a place for high-end retail offerings in certain markets, the lack of a supermarket or similar anchor at retail centers is a real concern for the rest of the surrounding businesses and property.

“You’re going to see some continued fallout, because there’s transformation in the retail market more broadly and it’s not a surprise to anybody but the pandemic probably only accelerated what was happening,” Grillo said.

Real estate executives looking toward the retail sector for lending opportunities have started prioritizing outdoor and open-air centers given the changes in consumer shopping habits, with Honolulu’s Ala Moana Center often cited as the template to model for a trophy outdoor retail offering. 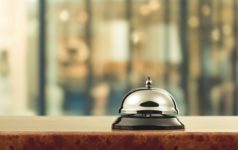 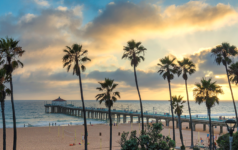 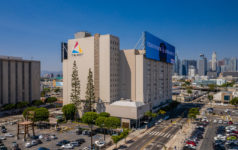