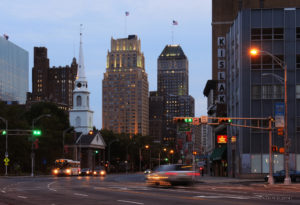 The Newark-based manager’s main priority heading toward the back half of 2022 is to make sure there is enough capital on hand to remain agile in the current markets, especially if the source of the best risk-adjusted returns changes rapidly.

No cause for pause

Bryan McDonnell, head of PGIM’s US debt business, and chair of global debt for PGIM Real Estate, told Real Estate Capital USA the firm is starting to look for warning signs in the multifamily and industrial sectors even as both areas have garnered more lending momentum in recent quarters.

“I don’t know if we are seeing the flashing [warning signs] quite yet but are seeing rising interest rates triggering downward adjustments to sales prices for long let industrial properties that have limited or only modest built-in rent bumps,” McDonnell said. On the multifamily front, PGIM is also watching for how long its peers can keep buying multifamily properties at tight cap rates assuming rent growth is going to hold steady.

McDonnell said PGIM is seeing negative cap rate multifamily deals right now, meaning the rates are below the debt concept and have negative leverage. With fluctuation in the 10-year Treasury, he noted yields have tightened sharply alongside the cap rate pressure.

PGIM has been heavily focused on multifamily and industrial lending since 2015 with more than 70 percent of the firm’s allocation involved in the two sectors leading up to the onset of the pandemic in early 2020.

McDonnell said the firm took the pandemic as an opportunity to potentially add risk into the book but has not seen any appropriate deals for doing so in the last two years. “The deals are harder to find,” he said. “There are very highly competed transactions and then ones that are quite tough to make work. There is a real lack of deals in the middle right now.”

In line with those same sector trends favoring multifamily and industrial, PGIM has coincidingly found more business momentum with its transitional lending efforts throughout 2021 and into this year.

Non-core lending accounted for $2.9 billion of PGIM’s real estate business activity in 2021 with $2.2 billion coming from US deals, doubling the firm’s typical clip of non-core business from years prior, according to McDonnell.

“The bigger issue we are trying to figure out is how we can get exposure to office,” McDonnell said. “We won’t have a broad office strategy, but rather we are going to pick our spots.”

Unless PGIM can get paid a premium, McDonnell said he does not believe a full pivot back into office is worthwhile because of the risk associated with the asset class. “The opportunities we expect to see are going to be higher-yielding in which someone is putting in a complete rebuild of a building and taking something to make it really up to snuff in terms of the new standard,” he said.

PGIM’s view is that the office sector will survive, though demand for trendy, fun spaces will tick upward with the broader return from working at home. “The reality is tenants still have term on their leases, so it will be a slow transition that will happen over a number of years,” McDonnell said.

Yield curve inversions and beyond

Beyond the mainstream sectors, PGIM has also dialed up its focus on more recession-resistant property types in response to the recent yield curve inversion at the end of March. Lee Menifee, head of Americas investment research at PGIM Real Estate, told Real Estate Capital USA the firm is looking for more storage, senior housing, life sciences and ‘close-to-consumer’ industrial assets in metropolitan areas with significant populations.

“We have focused our incremental investments on property types and markets where we have high conviction anchored in demographic shifts that will outline the cyclical headwinds that the yield curve inversion signals,” Menifee said. “Our base case is not a near-term recession. But we are stress-testing our underwriting under recession scenarios.”

Real estate investors have not pulled back from markets despite the brief yield curve inversion, implying a near-term recession is not expected. Menifee said despite this, borrowing costs now exceed cap rates for select property types and highly leveraged buyers are reeling back. “At a minimum that will slow price growth and potentially pressure cap rates higher,” he said. 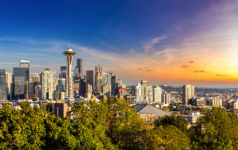