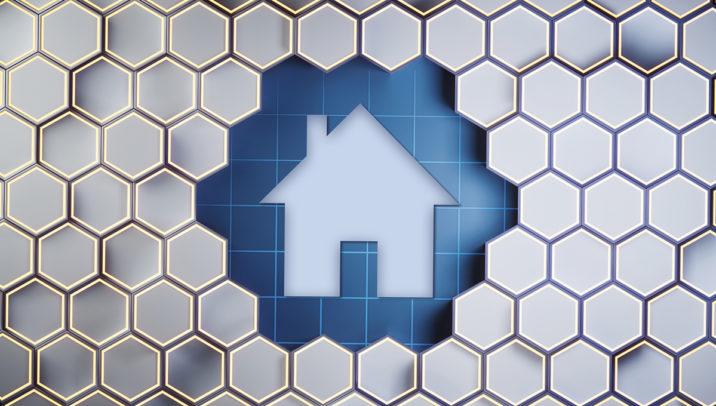 The multifamily sector, historically a major component of the commercial real estate lending market, has been a consistently stable asset class for lenders and investors alike regardless of the economic environment. But it is encountering new headwinds as recessionary signals stack onto the highest amounts of pressure the greater commercial real estate debt landscape has seen since the global financial crisis.

Notwithstanding its status as the darling of lending platforms in the US and further afield, multifamily is not immune to the challenges imposed by a higher-interest-rate environment, lower valuations and inflationary pressures. Post-crisis regulation has meant illiquidity is not a current issue. But the changed environment is forcing government-sponsored enterprises, banks and other lenders to reframe their gameplans for keeping their debt issuance flowing, without tacking on unwanted risk.

Michael Case, vice-president for capital markets at Freddie Mac, says government-sponsored entities including Fannie Mae and Freddie Mac have historically played a significant role in providing stability and liquidity for the multifamily market that is still needed today as the market faces another downward cycle.

“We set a strong example for our credit underwriting standards, and we’ve had pretty low delinquency rates as a result,” Case says. “We’ve been consistent sources of capital through the cycle – even coming out of the GFC – and our role was really to provide that countercyclical role, which is a benefit to the multifamily industry not seen by a lot of other property types.”

Today’s multifamily deals utilize cleaner capital structures in Case’s view, a benefit when compared with the more complex deals seen in past recessionary cycles. Case believes a more diverse commercial real estate debt market, which includes the entrance of alternative lenders, has provided more optionality. These lenders originate loans according to their own standards, offering higher leverage via mezzanine and preferred equity structures.

More participants notably means more adaptation when good markets turn challenging for new and established lending entities. Case adds that as the average mortgage coupon has gone up materially over the last year and a half, the multifamily deal equation is changing.

“We were in an environment where the Treasury was so artificially low, at plus-or-minus 50 basis points,” Case says. “Now, it sits at plus-or-minus 3 percent. A lot of that has been directly passed through to the cost of doing business, and then you layer in the war in Ukraine and uncertainty around recession and see credit spreads have moved out as well.”

Case says rising treasuries and adverse credit conditions have caused a slowdown in transaction volume and led to higher cap rates on new deals. “You have a situation where borrowers, buyers and sellers have to come back to the table and discuss the situation, whether it be a price adjustment or discussing and waiting for things to settle back down,” he adds.

Michael Thomas, executive vice-president and head of the real estate group at Pittsburgh-based bank PNC, says part of what caused the global financial crisis was the wide access to so-called ‘easy money.’ “As things started to unravel, you had liquidity recede very quickly from the market,” Thomas says. “What people found out was the inherent volatility of some of these properties was maybe not what they were expecting.”

At the time of the crisis from mid-2007 to 2009, Thomas says multifamily assets had to compete more with other markets such as the industrial sector for lender attention. But a quicker economic recovery within the sector gave the segment a new facet of credibility.

“People realized multifamily has some inherent stability to it just tied to the nature of housing and that started the trend,” he says. “People also just realized that they were probably needing to shore up some of their underwriting in the market.”

PNC, akin to other banks and insurance-backed lenders in the market, still sees significant liquidity available to finance multifamily, especially factoring in the reduced volatility compared to other sectors. Though loan frequency may be down, interest in new and expanded activity from lending parties remains stable enough to remain the anchor of commercial real estate practices today, Thomas adds.

Expected drop in multifamily deliveries in 2022

With multifamily acting as the bedrock of the commercial real estate debt landscape heading into 2020, covid-19 brought challenges different from those seen in years past.

Thomas says the pandemic created an intense supply shock, separate from the 2008 crisis’s liquidity issues and is still resonant in the current cycle, with debates ongoing around what the future of affordability, rent growth and resident stability looks like moving forward.

Colgan says moving on deals in the current environment requires more scrutiny around development yields and increasing project costs. This, in turn, means a need for higher net operating income on any given project for it to make sense to move forward. Scott Modelski, managing director and office head at New York-based real estate advisory Black Bear Capital Partners, says the uptick in scrutiny will result in more wait-and-see approaches when it comes to sitting on land sites and developing more multifamily properties.

Modelski says floating-rate financing has even lost some attractiveness in the current market, leading borrowers to scrabble for fixed-rate alternatives when deals are difficult to get with Fannie Mae or Freddie Mac.

“You’re more focused than ever on cashflow,” Modelski says, noting the new environment is creating more bumps when it comes to assessing the debt service coverage. Modelski adds that cap rates have not moved as much as people might have expected and mortgages have lagged slightly.

“When rates are pretty much on par with what your cap rates are, it’s hard for you to get full leverage on a 75 percent loan-to-value deal,” Modelski says. “You’re really more in the 60 percentiles, from what we’re seeing, and some deals may be even lower on what you can get from a stabilized execution.”

“The curve will come down if inflation continues, because at a certain point the affordability factor kicks in,” Zhang says. “There’s only so much that the tenant can pay.”

She notes the current multifamily market has become more interesting because rental affordability widely varies across different geographies and only some still have room for growth.

“When rents are not increasing, the cap rate is going to expand as a result in an inflationary environment,” Zhang says. “As a result, we actually see that in some of the Sunbelt markets. Although there’s still greater demand for multifamily space, the combination of significant rental growth leading the affordability factor in the inflationary environment may not be a good thing.”

In the current environment, lending on multifamily assets still offers stable ground for banks and managers across the spectrum because of the post-GFC adaptations and the overall evolution seen in the market, which has been institutionally friendly. But many are on watch for potential factors capable of undermining momentum further.