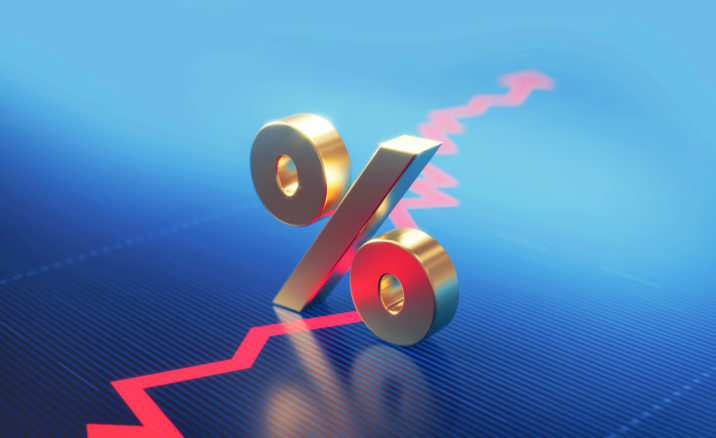 Interest rate caps have historically been a common method to put a limit on potential pricing increases on floating-rate loans, but rising rates is making this hedge more difficult to achieve.

Chris Moore, managing director at Chatham Financial tells Real Estate Capital USA, said the Kennett Square, Pennsylvania-based advisory has seen this change in real time over the past year as rates have risen.

The firm mainly works with clients to structure two- or three-year interest rate caps on transitional loans of a similar maturity when its clients are trying to buy an asset with a shorter-term business plan. Rate caps work a bit like insurance policies, with a sponsor that takes a floating-rate loan simultaneously paying a fee to a counterparty to cover any increases in interest rates should the underlying benchmark index rise above a specified level.

For example, a two-year interest rate cap with a 2 percent strike would activate if LIBOR, a commonly used floating-rate benchmark in the US, rose above that level, explains Moore, who oversees the firm’s hedging and capital markets team.

“At the start of the year, that would have cost about 27 or 28 basis points. Today, that is costing closer to 215 basis points,” adds Moore.

Moore notes, however, that the increases in rate caps have moderated. “Pricing for interest rate caps hasn’t gone up in as dramatic and as sustained a way as what we’ve seen in the last six months,” he adds.

“The question is what kind of cap will you buy or will you choose to implement an active hedging strategy to manage your exposure over the next two to three years?” asks Middleburg’s CFO, Kory Geans. “It’s gotten very expensive. On an acquisition we’re working on now, what used to be a low six-figure expense for a hedging instrument is now in the area of $1.5 million today. We have become much more focused on actively managing that exposure rather than buying a cap.”

The problem around securing interest rate caps at manageable prices is one of the factors that is affecting transaction volume in the US commercial real estate property markets. Wider interest rates generally are also affecting deals.

“We have a lack of liquidity, and we also have wider interest rates that are that are preventing buyers and sellers to be able to transact in a real way, unless forced to do so,” says Michael Lavipour, managing director of credit strategies at Square Mile Capital. “There has been a capital markets gap that is almost causing a pause in investment sales activity.”

But it’s all relative, says David Greek, director of acquisitions at New Jersey-based Greek Development. The dislocation seen today is much lower than in the period following the global financial crisis. “There’s certainly lenders and definitely equity investors [however] who are being significantly more cautious than they were a year ago, but it’s not because of lack of liquidity,” says Greek. “It’s really because [of] uncertainty about what’s going to happen over the next six months to a year.”

Market participants are largely taking a wait-and-see approach to what comes next.

“With several things happening in the macro economy – inflation, and rising interest rates being the primary concern of most investors right now – there’s certainly been a rethinking of how deals are priced,” Greek says. “[Lenders and borrowers] are waiting for some good economic news. Many are uncertain as to how long this environment lasts; what the end of it looks like, and does this end in a recession or does it end with a soft landing?”