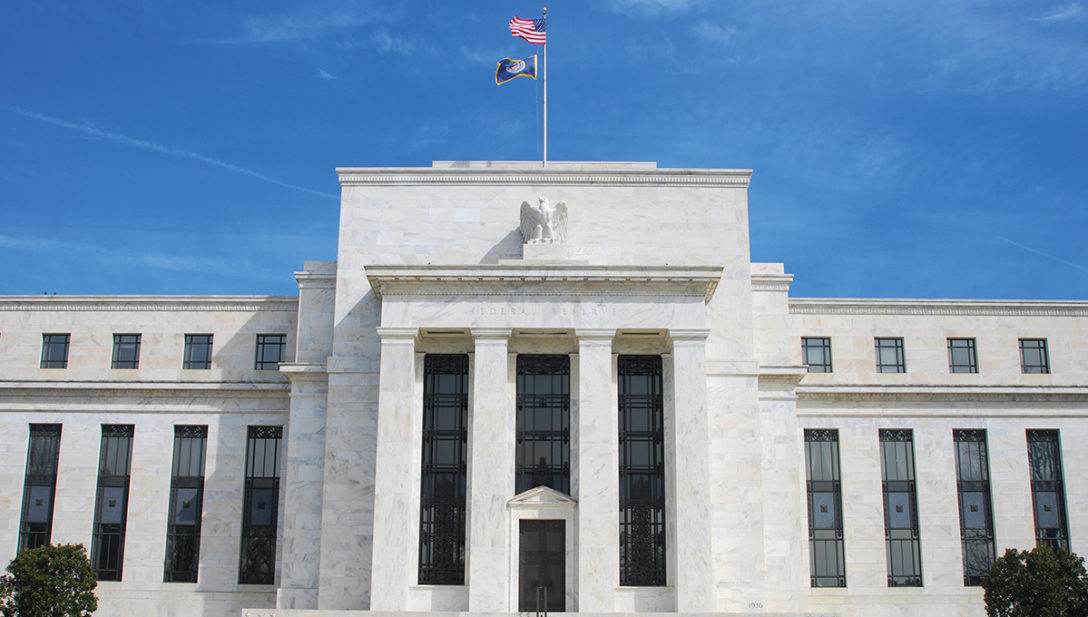 Commercial real estate lenders are largely unconcerned about the potential impact the Federal Reserve’s plans to taper its bond buying program earlier than expected and increase interest rates three times in 2022 will have on the commercial real estate sales and financing markets.

The Federal Reserve closed 2021 with an outline of its plan for controlling inflation this year. Chairman Jerome Powell put forward a fairly hawkish policy that includes a trio of 25 basis point rate hikes. The Fed is projecting similar increases in 2023 and at least two rises in 2024, which would bring the federal funds rate – the overnight rate at which banks and depository institutions lend to each other – to 2.1 percent.

This policy is a significant change, particularly because interest rates have been in a holding pattern at 0.25 percent since the start of the pandemic in March 2020. However, market participants tell Real Estate Capital USA that the change was widely anticipated.

“ With the amount of debt and equity capital committed to commercial real estate, I do not believe the Fed’s tapering will negatively impact the market ”
Gerard Sansosti
JLL

The same is true for the Fed’s plans to scale back its asset buying program for commercial mortgage-backed and other asset-backed securities. This tapering has already started, with the Federal Reserve cutting its monthly acquisition of Treasuries from $70 billion to $60 billion in December and reducing its agency purchases from $35 billion to $30 billion during the same period, according to data from the St Louis Federal Reserve.

“The Fed eventually has to move, controlling the Treasury and bond markets,” says Sansosti. “They entered it in order to stabilize the market after [the start of the pandemic]. They always planned to exit.”

He adds he does not believe inflation had an impact on the decision to end tapering.

Previous expectations were the program would end in mid-2022. The St Louis Federal Reserve cited inflation and an improving jobs market as part of the reason behind its shift, according to published statements.

“With the amount of debt and equity capital committed to commercial real estate, I do not believe the Fed’s tapering will negatively impact the market,” Sansosti says. “It really depends on what happens as a result of such movements, but most investors do not believe that interest rates will move substantially upward.”

That is not to say there will not be an impact. However, impact is different to fallout, market participants say.

“Lenders will be impacted more on spread movement than interest rate movements,” Sansosti says. “Lenders typically price their capital over certain indexes – such as LIBOR and SOFR for floating-rate transactions, and Treasuries and swaps for fixed rate-transactions – and add on a certain spread based on perceived risk and alternative investments. Inflation will be a factor, but it won’t be the only factor in the pricing of debt capital.”