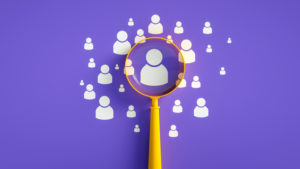 The high demand for commercial real estate debt professionals seen earlier this year has softened slightly as a result of uncertainty in the broader US and global economies but has not eroded significantly, market participants told Real Estate Capital USA.

Kent Elliott, principal of Newport Beach, California-based executive search firm RETS, said the firm has seen a slight dip in demand. RETS, which works with commercial real estate managers on the debt and equity side of the business utilizing a team of 20 recruiters, conducts about 250 searches annually.

“Very few firms hired in 2020 as we all worked to figure out the impact of the covid-19 pandemic and then these firms got to 2021 and had business confidence. We were hearing, ‘We’re going to make up for the people we didn’t hire in 2020 and we’re going to double down or even triple down in 2021.’ And this continued until about the start of May,” Elliott said. “Until then, we felt like we were going 85 miles per hour. Now, we’re going at about 60. Hiring is still going on, it’s just that there are pockets of softness.”

There are similarities between the debt and equity side of the business, with Elliott citing slowdowns in transaction activity across the board.

“We’re seeing a tremendous slowdown in investment activity, which is of course impacting the structured finance side of the business,” Elliott added. “As rates rose, the transaction pipeline dried up very quickly and there was a big disconnect on pricing between the buyers and sellers, which meant fewer deals would close between now and the end of the year.”

The scope of the transaction slowdown is illustrated by an August report from data and analytics provider MSCI. The analytics provider found deals are down significantly year-over-year on the equity side – and this has a knock-on effect for the debt markets, which have seen base rates and spreads widen substantially since the Federal Reserve began increasing interest rates in March.

The MSCI report tracked about $42.9 billion of investment activity through the end of August – a 41 percent drop from the same period in 2021. “Potential buyers are finding it difficult to stretch on deals in the current environment given the rising financing costs,” the report stated.

MSCI cited data that stated the coupon rate on the average seven- to 10-year fixed rate loan was 190 basis points higher in August than it was a year previously, when the level stood at 3.5 percent. Lower LTVs are also broadly expected. The report also found that distressed sales made up just 1 percent of total transaction volume through the first eight months of the year.

There is a broad perception that it can be more difficult to fill an opening for a commercial real estate debt professional than for a seat on the equity side of the business. But there is also a different mindset from existing debt professionals which could make it easier to get an individual to think about moving.

“The talent pool for debt professionals is very transactional,” said Emily Von Kohorn, a managing director in the global real estate practice at Sheffield Haworth. “That is not to say that they are not experiencing some of the broader themes which are affecting all workplaces in terms of how people are thinking about their careers and what their interest area. They also have a little bit more of an open mindset and can be a little bit easier to engage than equity professionals, with a mindset that is more ‘I’ll take the call. I’ll listen.’”

“The demand is coming from some clear trends in the market, with higher interest rates and a potential recession. There is potentially more opportunity that a lot of our clients are seeing to provide additional debt financing and step in where some traditional lenders could be nervous,” Von Kohorn said. “Firms that had perhaps had a debt strategy in the past and pivoted away from it are now looking at things from a long-term investment perspective and are either returning to that strategy while others are launching one for the first time to plug that gap.”

Carl Chang, chief executive officer of Kairos Investment Management, believes there will be more clarity in hiring in the coming months. The Rancho Santa Margarita-based manager, which has a decided real estate credit strategy, saw a widespread game of musical chairs in the industry earlier this year as more recent graduates sought jobs that better fit their skills and expectations.

“We are now seeing a higher quality of talent of people with a three- to five-year work history and that sort of experience has been fantastic for us,” Chang added. “We have scheduled investment committees as an example but we also have impromptu investment committees. And so you know, we’re deal-driven and so we get excited about deals and opportunities and want to talk about them when they come up, and suddenly, it’s exciting for us to be able to say, ‘Hey, we’ve got a hot deal we want to focus on, go to the conference room and take a look.’ That is easier when everyone is in the office.”

The manager strongly believes in an entrepreneurial, in-office culture. “We are making investments into our space and into our infrastructure as well so that people have an excuse to come in and be around the amenities or the food, whether it’s nitro brews or kombucha on tap,” Chang said. “We’re trying to make it a pleasurable experience for people to come back to.”