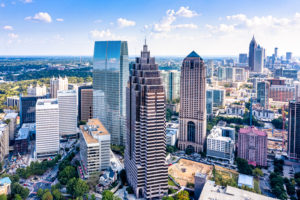 Stonehill is bulking up senior ranks across its commercial real estate debt business with a quartet of new hires from mid-market private equity firm Ardents.

Stonehill’s historical business focus has spanned most parts of the capital stack, including permanent loans, bridge loans, mezzanine loans and preferred equity investments. From 2013 onward, the lender has originated more than $5 billion in loans. More than $2.1 billion of those loans have been directed toward hospitality opportunities and investments since 2014, according to the firm.

Mat Crosswy, president and a principal at Stonehill, said the new batch of senior hires will work closely on the firm’s key strategic initiatives to grow its commercial real estate lending business further. The firm’s recent lending transactions have favored Sunbelt markets, the Midwest and Northeast US, its website states.

Siegel will work as the president of Stonehill’s commercial real estate lending group and is overseeing the firm’s expansion into the segment. He was a managing director and head of high-yield investments at Ardents and worked at the firm from 2014 to early May 2022.

Siegel brings additional experience from a four-year span at Rialto Capital Management as vice-president of acquisitions overseeing commercial real estate loans on a global basis. All four new Stonehill hires worked at Rialto prior to their respective tenures at Ardents.

Koenig joins Stonehill as a senior vice-president and was an executive director at Ardents overseeing debt originations across all asset classes prior to the new role. Koenig brings additional experience from tenures at Germany-based real estate investment firm Newport RE, Rialto and Atlanta-based asset manager Trimont Real Estate Advisors.