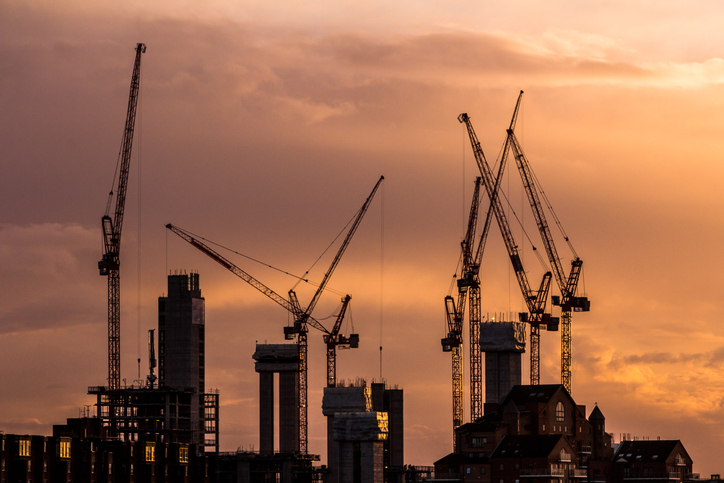 An upward swing in construction and raw material costs over the past year, a nation-wide labor shortage and the impact of the Russian invasion of Ukraine are forcing lenders to change the way they evaluate, underwrite and structure loans for ground-up developments or renovations.

In Pembrook’s case, supply-chain issues have so far led the firm to opt for more uniform building designs that do not require bespoke manufactured components. Choosing more plain, vanilla parts is safer in the current environment where an international or local manufacturer could be forced to close due to the pandemic or other reasons, Boesky adds.

“It’s something you have to build in a lot of fat for,” Boesky says. “We tend to do products that are more like a commoditized apartment deal. We’re not looking to do high-end where the windows are specifically designed and coming in from China and there’s only one manufacturer that can supply them.”

With the Russia-Ukraine conflict spiraling, industry watchers are monitoring additional disruptions to supply chains and raw materials that could delay new construction and ongoing renovations.

“Nobody at this point can tell us how what is going on in Russia and Ukraine is going to affect the markets locally,” says Abe Bergman, chief executive and president at brokerage specialist Eastern Union.

The Russia-Ukraine conflict has become cause for concern with inflation too, with many real estate investors anticipating the war will draw the current inflationary period out further into the year and put upward pressure on the cost of materials.

As of the end of 2021, the Turner Building Cost Index had risen to 1230, marking a 1.91 percent quarterly increase from the third quarter of 2021 and a 5.04 percent increase from the prior year’s end. The benchmark index measures the prices of non-residential construction in the US.

Mortensen’s construction cost index, meanwhile, shows a similar increase in pricing on non-residential projects in growing markets such as Portland, Seattle and Denver. Mortensen’s index clocked in with a national value of 137.8 at the end of 2020 and has since risen to a value of 167.4 at the end of 2021. Seattle ranked as the costliest city for new construction as of the final quarter of 2021, clocking in with an index value of 179. Market participants who spoke with Real Estate Capital USA believe these increases will become more pronounced due to the impact of higher inflation and the conflict with Ukraine.

Ira Zlotowitz, CEO and founder of Gparency, says the Russia-Ukraine conflict in particular has thrown a wrench into predicting construction costs as prices are rising for oil, natural gas and other exports from Russia and Ukraine. “On the construction side, all these moves are going to add a certain level of increased costs,” Zlotowitz says. “Equity costs may go up a little bit, [along with] debt costs and inflation.”

For some commercial real estate private equity managers like Pembrook, the broadly muddled construction environment has forced the company to require all sub-contracts to be bought out and signed to lock in prices in order to avoid future changes.

In one instance, according to Ronen, a job bid out in August 2021 now carries a hard cost that is 20 percent higher compared with where it came in six months ago. He says the upward cost swing is forcing financiers to revisit what is being built from material sampling and beyond to find cost savings and value engineering options.

Fabio Baum, managing director at Parkview, says the firm’s deal structure allows it to value-balance the loan either through a pay-down or through the borrower contributing more equity to a given project. In a scenario where a project will cost more or take longer, Parkview delays funding until the loan can be brought back into balance.

Baum says the expected tick upward of interest rates is also factoring into the construction lending picture. With most loans in the space funded on a floating-rate basis, he says there can be increased costs of the loan throughout the construction period, especially when not accounting for such increases during the underwriting process.

Rising construction cost increases have not deterred the entry of debt funds diving and expanding into the construction space, says Ronen. He adds that new funds getting into the space are taking a little more risk to get yield in an already compressed environment.

Baum says the same debt funds newly moving into the space are largely competing for the same product and creating a recipe for problems because of the lack of understanding of risks and intricacies within the construction lending space. He says some debt funds and private equity funds participating within the category may start to get more government regulatory scrutiny, which could alter the landscape considerably if compliance conditions change.

Near term construction costs are expected to maintain their upward pace, especially with global raw material sourcing further limited by the Russia-Ukraine conflict. In a February report, Nuveen said market volatility would likely increase with the sanctions placed on Russia.

Cutting against the grain of wider industry expectations, Wilmington’s investment team said they do not expect the conflict to drive inflation materially higher in 2022.