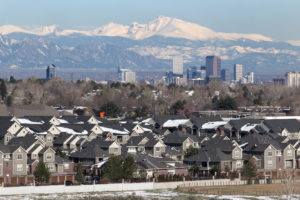 Trion Properties is sizing up more geographic and business expansion this year with its sights set on making $1 billion-plus in acquisitions via a new Miami office online and widened West Coast presence.

Max Sharkansky, co-founder and managing partner at the West Hollywood, California-headquartered company, told Real Estate Capital USA the next leg of Trion’s expansion will build atop the mid-sized secondary markets in which it has started to establish new and wider footprints over the past few years.

For both the real estate equity and debt realms, Sharkansky said there are more options for borrowers now than there were in previous cycles. Lenders such as debt funds, non-recourse bank bridge loans, Fannie Mae and Freddie Mac have been active across many more markets.

He said there has been even more liquidity going into geographic markets that previously did not have as much, including Sunbelt markets that used to rely heavily on Fannie Mae and Freddie Mac.

“On the equity side, we get cold emails from investors saying, ‘We would like to invest with you’ just unlike anything we have ever seen before,” Sharkansky said. “There’s so much liquidity out there based on the demand for multifamily and also a lot of liquidity moving out of products like office [and] retail that have not been doing as well.”

Trion closed on an estimated $500 million in acquisitions between its Los Angeles and Miami offices in 2021, more than tripling its momentum from years past. Sharkansky said Trion is targeting $1 billion-plus in acquisitions this year, especially after having closed on two deals on the last business day of 2021 and simultaneously reaching the $1 billion AUM mark. Trion currently maintains about $1.1 billion in its portfolio.

The boost was driven by Trion’s increased activity in 2021, which included entering a new region of the country through its Los Angeles office. The firm tacked on its first deal in Colorado in 2020 amid the pandemic with a pair of multifamily pick-ups, and Sharkansky said Trion is continuing to look for more deals in the state.

Miami has been a similar contributor to Trion’s growth. Sharkansky moved to Florida to open the office, and Trion hired a director of acquisitions, director of operations, analyst and enrollment agent to fill out a core team as part of the portfolio expansion plans.

Trion also amped up its buying in mid-sized secondary markets within the last year. Sharkansky said buying in Northglenn has helped Denver market growth atop other recent purchases in Colorado Springs, where the high growth conditions are backed by affordability, nice quality of life and a good job market. Trion cut more deals in Fayetteville, North Carolina for comparable reasons to Colorado Springs.

Sharkansky said Trion is set to close a deal through its Miami office in a couple of weeks, priming the company to run about $250 million in deals for that office’s first full year in operation. While the company is selling down some assets now, Sharkansky said the company remains net buyers and is bullish on the industry and geographic markets Trion is active in.

Trion has historically targeted first-ring suburbs in high-growth markets as part of its acquisition strategy. Sharkansky said the company has bought more in the East Bay next San Francisco and in Washington County west of Portland. He cited Beaverton-Tigard as probably the most active buying space within Oregon over the past few years because of economic drivers such as Nike, Intel, Salesforce and other businesses feeding into downtown Portland.