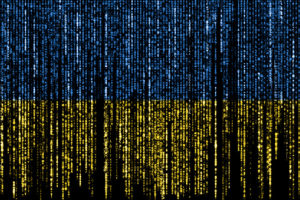 US commercial real estate debt markets are so far demonstrating an orderly response to the Russian invasion of Ukraine, with market participants telling Real Estate Capital USA the volatility being seen in the global financial markets is only dealing glancing blows to activity.

The impact of the conflict is likely to be nuanced, with US commercial real estate lenders and investors bracing for the prospect of higher inflation as oil prices rise and more disruptions hit the global supply chain.

Oil prices rose about 9 percent on Tuesday alone, even as members of the International Energy Agency struck a deal to release 60 million barrels of crude oil to try to stem price increases that pushed oil to more than $100 per barrel.

While the price of oil isn’t directly related to the US commercial real estate debt markets, it is relevant in the sense that investor panic around, for example, a major hedge fund that was shorting oil or long on the Russian ruble, could disrupt what has so far been a measured reaction, according to Manus Clancy, a senior managing director at New York-based commercial real estate analytics provider Trepp.

“What we’ve seen thus far is what I’d call an orderly widening of the market,” Clancy told Real Estate Capital USA. “In past crises, what we saw was an explosion of spreads and a stopping of lending – this was the case during the global financial crisis, the 2016 oil crisis and the early days of the covid-19 pandemic. With those things, lending came to a stop.”

This amount of widening is manageable and not likely to affect the US CMBS market, which makes up about 25 percent of all lending activity in the country. “Because the AAA bonds make up about 70 percent of new issuances and are disproportionately larger than the lower-rated classes, spread movements for those bonds will have a larger effect on lending,” Clancy said. “The big thing lenders are concerned about is not being left holding the bag.”

“During that window, the lenders are hedging interest rate risk against Treasury moves and credit risk against moves in CMBX [the synthetic CMBS index],” Clancy said. “They’re terrified that their hedges won’t hold up and that can happen when spreads go haywire. Lending dries up the minute the lenders start to look at losing money.”

While the market is still functioning, Clancy believes there is a chance this might not continue. “All it will take is someone saying, ‘Hedge fund X is in the process of being unwound because they’re short oil or long the ruble,’ and then everyone says, ‘Who is next? Who is going to be the next domino?’”

One clear concern is the impact of higher energy prices on inflation. A Nuveen report published last week noted that oil prices were rising prior to the invasion and are expected to continue to climb, a factor that could lead to additional inflation in the US and further afield. That said, Nuveen is not expecting the Federal Reserve to change its tack on an expected interest rate hike of 25 basis points in March.

“The question is more focused on the Fed’s longer-term path,” the report stated. “The Fed may hike rates faster than otherwise expected due to increased inflationary pressures, or it could hold off if the potentially rising cost of energy slows the economy.”