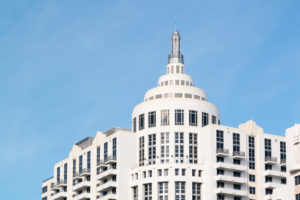 US commercial real estate lenders at this week’s Commercial Real Estate Finance Council Miami conference were bracing for a year of downscaled activity for new loan originations until interest rates reach more stable ground, with a broad sense that what comes next will depend on the Federal Reserve.

But even as banks and alternative lenders are gearing up for lower lending volume, there was a broad sense that opportunity will arise from borrowers who need to recapitalize deals.

Dealing with existing debt, including loans slated to mature by year-end, will be the biggest challenge in the coming year based on conversations and panels at the conference. Specifically, refinancing maturing debt from an era of lower interest rates will be a major challenge.

The office sector stands as the asset class with the most uncertainty because its future use-case in major metropolitan areas has not yet been determined by those tenants occupying stock across the major central business districts.

Class B and C offices in particular are expected to experience a further slip in favor unless a reinvestment case can be made to bring them toward parity with more environmentally efficient and amenitized class A assets.

Ahead of an expected drop in new acquisitions, lenders are talking about the potential of financing construction deals that could bring new stock online over the next few years.

Theses on how to navigate construction lending differed at CREFC, though specialists said they expect new construction loans originated during this current interest rate environment to refinance out into better terms within the next two to three years if the Fed dials down rates again.

Construction finance could coincidingly account for the bulk of any big-ticket lending occurring in 2023 as the number of acquisitions made with $100 million or more of debt is expected to be downscaled. In part, this will stem from senior lenders – especially banks – reducing the size of their stakes in any given capital stack or not participating in deals unless there is a platinum-grade sponsor.

The reduced size and percentage of debt in the senior mortgage position of capital stacks will mean more focus on mezzanine and similar forms of subordinate debt.

Alternative lenders, debt funds and other non-bank lenders all highlighted mezzanine debt as one realm where they could garner more market share in the current interest rate environment, especially as senior lenders curtail the size of their positions from an average of 65 percent to somewhere between the 50- to 55-percent range.

The opportunity set is not limited to debt specialists either as real estate private equity investment firms have also started to show more interest in diversifying their fixed income portfolios with select debt positions. Brokers and advisors at the conference noted they started receiving more inquiries from such external financiers in the back-half of 2022 with outreach only picking up further in 2023 as market momentum parred down.