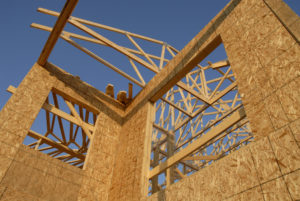 The near-term future of lending toward affordable housing is facing its own challenges on par with the wider multifamily market, but opportunities remain for those willing and able to be active, according to senior leaders at the Commercial Real Estate Finance Council’s annual Miami conference.

Michael Case, vice president of multifamily capital markets and loan pricing at Freddie Mac, said the market is at an inflection point where dislocation in other asset classes is increasing attention toward financing multifamily deals, including affordable housing.

“When you look at the outlook itself, a lot of the fundamentals [in multifamily] still look attractive,” Case said. “The capital markets are clearly going to support the financing of multifamily.”

John Palmer, managing director at Greystone, said there was some deterioration in multifamily asset performance in the latter half of 2022 and the acquisition market became much more difficult compared to the flurry of activity experienced across the sector the prior year.

“The last quarter pretty much fell off like a rock,” Palmer said. “One of the biggest problems was sellers and cap rate expectations. What we are seeing is [roughly] a 150- to 200-basis-point widening in cap rates nationally. But if you have sellers that are thinking this is still 2021, then those acquisitions are staying out there, lingering, and buyers are not coming to the table to pay those kinds of cap rates.”

Catherine Such, head of operations for Regions Bank’s affordable housing division, said a key element with affordable assets is they will not allow the same amount of leverage as a conventional multifamily property. “There are all these attempts by the government and the private sector to fill a gap that is created because you just can’t bear the same level of mortgage debt that you can in conventional multifamily,” Such said.

An issue all affordable housing lenders face in tandem is how to address the gaps at scale using available innovation from Fannie Mae and Freddie Mac, Such said. “The private sector has a role to play, the government has a role to play,” she continued. “The question is: do you build more units? Do you make more units affordable? How do you do that? And I don’t know that the country has really grappled with the scale problem.”

While financier demand is in a flux state, the one point of certainty with affordable multifamily housing is its undersupply. Palmer noted an estimated 910,000 multifamily units are under construction right now across the US – which has historically absorbed about 350,000 units a year – but there is an estimated gap of 4 million units.

This gap begets opportunities for developers, managers and lenders steeped in the space already or preparing to widen lending exposure beyond traditional or luxury multifamily offerings in the Sunbelt region or beyond.

Eileen McDonald, senior vice president at CoreVest, said existing affordable housing stock in the market can also be a source of opportunities beyond new construction. Renovation and redevelopment-focused financing can be used to address demand for up-classing multifamily assets in the sector by one notch instead of trying to make a jump from Class C to Class A overnight.

McDonald noted rent growth is expected to taper this year after the sizable jumps seen in 2021 and 2022 which bolstered a lot of multifamily lender’s books, including Greystone’s. “It is just the growth that you have to project, you have to be really careful beginning your underwriting and make sure that you’re getting the right rent growth, but also incorporating the right expense growth.”

Crucial to new or more opportunities in the current interest rate environment is actual price discovery.

Scott Waynebern, president of Limekin Real Estate and co-managing member of MF1, a joint venture with Berkshire, said there needs to be a pricing reset to really drive value-add business again in the multifamily markets.

With project starts declining and less owners being willing sellers, Waynebern said an additional headwind for production is being created. “These starts tend to be concentrated in the same great sub-markets and are going to deliver at the same time, [owners] are not going to want to sell into that,” he said. “We think that is going to be a terrific bridge loan pipeline.”

Waynebern noted there will be time to absorb such deals and assets, and in two to three years, positive absorption could return even if the interim demand looks weaker.