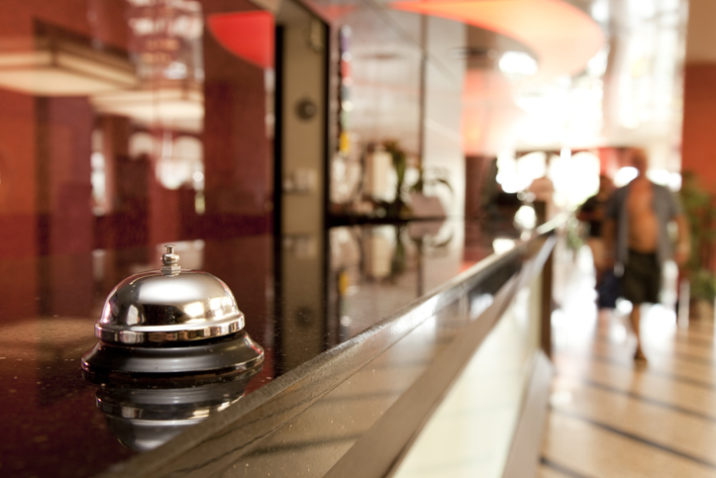 A bifurcation is emerging in the US hotel lending market, with ample capital for high-quality destinations but limited liquidity for assets that do not fit that profile.

“For the most in-demand hospitality assets, you could have 10 to 15 lenders providing proposals,” Dustin Stolly, vice-chairman and co-head of capital raising at real estate advisory firm Newmark, tells Real Estate Capital USA.

One example of a loan deal which closed despite the market uncertainty was the $230 million refinancing of developer Witkoff Group’s Edition Hotel in West Hollywood in September that Stolly and his partner Jordan Roeschlaub arranged, nearly two months after The Real Deal reported the property was headed to Uniform Commercial Code foreclosure.

Mack Real Estate Group and JPMorgan provided the loan to refinance the property. However, Stolly notes that financiers are far more selective about their plays in the hotel industry.

“There are lenders that are more conservative in different asset classes. It is totally deal dependent and there is a lot of liquidity in the market.”

There have been several touchpoints for high-quality assets in the hotel market, including a bet by Bill Gates’ Cascade Investments that it can turn a profit by banking on luxury destination hotels and The Blackstone Group and Starwood Capital Group’s $6 billion acquisition of Extended Stay America in the second quarter of 2021.

These transactions have helped fuel a rise in hotel investment activity, with a JLL investor survey finding that global hotel sales activity in the first half of 2021 was up 66 percent from the previous year. The survey also found that sales activity in the Americas accounted for 70 percent of the global hotel investments made in the first half of 2021.

The JLL report also found that approximately 43 percent of survey respondents said their access to debt financing was weaker than prior to the coronavirus pandemic. But access to financing for hotel properties is tied to the quality and location of assets, market participants underscore to Real Estate Capital USA.

Still, the report noted that the pace of hotel investment is expected to accelerate in the second half of 2021 with Europe, North America and Southeast Asia expected to emerge as the top regions for investment. The expectation is that cap rates will compress in the Americas and the EMEA region by 19 and 42 basis points, respectively, according to the survey’s participants. In the Asia-Pacific region, cap rate expectations remain largely unchanged, JLL reported.

Tom Fink, a senior managing director at analytics firm Trepp, says there is a clear bifurcation between hotel lending at tourist-oriented destinations and financing for hotel properties in big cities such as New York City and Los Angeles.

Lodging and retail lending, Fink adds, is still restricted compared to multifamily and industrial lending, where liquidity is abundant.

“There is a perception in hospitality that the stress in many ways is caused by what everyone hoped was a transitory event. Now, 18 months in [to the pandemic], it is hard to say it is transitory,” Fink says.

“Although we pitched this fund as a value-added fund, we should be able to invest and generate returns across all market cycles. I fully believed that we would see a ton of distress. But so far that hasn’t been the case.”

Hehir says Trinity’s value-add fund consists of institutional investors and family offices, among others, seeking to take advantage of the opportunities in the sector.

“[Industry-wide distress] could start to happen as more maturities come up over the next 12 to 24 months, if owners cannot refinance full proceeds .We may then start to see distress as loans start to mature.”

Opportunity of a different kind was cited in Cascade Investment’s acquisition of a controlling stake in the Four Seasons Hotels and Resorts from Saudi Prince Alwaleed bin Talal’s Kingdom Holding Company in September. The $2.2 billion cash deal increases Cascade’s stake in the company from 47.5 percent to 71.25 percent and gives the Four Seasons at a $10 billion enterprise value.

Four Seasons sees a chance to expand its reach for luxury consumers around the world, according to a statement from chief executive John Davidson.

The company manages 121 resorts and 46 residential properties in 47 counties, and has 50 projects in its development pipeline. The sale of the stake is expected to close in January 2022.

Despite some bright spots, Fink believes the overall reduction in travel is likely to push many lenders away from hotels, at least for the short-term.

“There are still a lot of lenders who will not lend and just don’t want any part of business,” Fink says. “Will we see [lending] increase to the level we have seen in 2018 or 2019? Probably not for a while.”

The sector continues to see substantially higher CMBS delinquencies than other sectors, according to Trepp. Indeed, it posted a 12.05 percent delinquency rate in August, with retail at 10.42 percent, office at 2.12 percent and industrial at 0.63 percent.

Craig Bender, the head of commercial real estate in the US for Dutch bank ING Real Estate Finance says ING has never been a big hospitality lender because of the inherent volatility across economic cycles. The firm has not been active in the sector for at least 10 years.

“We like assets that have less volatility through cycles,” Bender says. “Hotels are tough… the leisure businesses come back fast because everybody is trying to get out and travel, but the business hotels continue to struggle.”

Brian Ward, chief executive of loan asset manager and servicer Trimont Real Estate Advisors and Trimont Global, says that while overall interest in hotels is warming and some of the fears around hotels have waned, caution abounds.

“There is still material risk in that space, and six or nine months from now if we are not traveling and are still hunkered down, the deals that are priced to perfection or beyond perfection, may face serious, pervasie headwinds,” he says.

“We’ve seen improvement in hotels, optimism has recovered, there is even investment occurring in hotels for sure, but it is not nearly to the level that it was previously.”