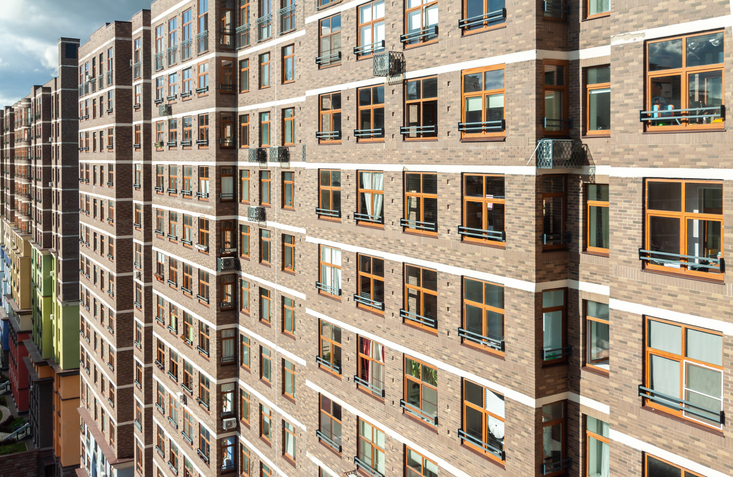 Commercial real estate lenders and investors are increasing their focus on multifamily properties due to what they believe is the sector’s recession-proof characteristics. And with the looming threat of inflation, the sector is starting to feel like even more of a safer bet, market participants tell Real Estate Capital USA.

For ING Real Estate Finance, the pandemic has meant that the firm’s $3 billion US lending portfolio is now tilted more toward multifamily. About 75 percent of the firm’s portfolio is comprised of loans in the sector, compared with about 25 percent prior to the covid-19 pandemic, says Craig Bender, managing director.

Before the pandemic, about 75 percent of the lender’s portfolio was made up of office loans. But there is a key difference between office and multifamily loans: leases roll over every year or so in apartment properties. The lease terms are much longer in offices.

“If you put yourself in the shoes of a multifamily equity owner, you have leases that roll over every 12 months and very low acquisition costs for tenants. As an equity owner, if the market deteriorates materially, you can still put tenants in your building at an unattractive rate for a year or two to maintain some level of cashflow, with the hope that it will turn around,” Bender says.

Jahn Brodwin, a senior managing director at FTI Consulting, says that this sentiment is also being felt among equity investors, who are performing a similar pivot.

“There is an increased focus on buying and lending on multifamily, which tends to be a ‘Steady Eddie.’ It’s not a particularly sexy type of investment, but at a lot of people are still afraid of office and are unsure where the retail sector will settle in a post-covid world,” Brodwin says. “The nice part about multifamily is that people always need a place to live and there is a renewed focus the sector.”

With the 10-year US Treasury in the range of 1.55 percent, interest rates remain historically low. This is not likely to be the case forever, particularly with the threat of inflation on the horizon. “Ultimately rates will start to go up, fueled by the inflation that we are already seeing,” Brodwin says.

This phenomenon also will play into the appeal of the multifamily sector, Brodwin believes.
“If a buyer can’t make money through the typical buy-fix-sell strategy, one thing to do is to buy an asset that is tied closely to inflation. Multifamily tends to lease a year at a time and you get to replace the lease every year. So, as an inflation hedge, it’s pretty good. If you have a 15-year office lease and you compound it, market rents will be doubling or more over what you’re collecting. From an inflation standpoint, that would hurt you – multifamily rents would have gone up via inflation.”

There’s a further twist. “Because long-term, fixed-rate interest rates are very low, a buyer who locks in debt today at these rates will be making mortgage payments with highly inflated dollars,” Brodwin says. “Revenues are rising with inflation and the differential goes to the bottom line. All this means is that multifamily is a great asset for a lender or borrowers, it gives inflation protection, and when you combine that with a long-term fixed-rate interest, it’s a sexy formula to make money.”

Brodwin notes he has also been talking with clients who are looking even longer-term than the traditional life of a private equity fund. “I spoke with one client who said they have a fund through which they want to buy about $1 billion of multifamily at 50 percent leverage with a plan to hold the properties for 20 years,” he says. “They are talking to insurance companies, who want to lend for that duration and want to put the money where they can get the returns they need.”

Berkshire closed its third multifamily debt fund at $1.85 billion in August with the aim of focusing on Freddie Mac Capital Markets execution b-pieces. It will make additional opportunistic investments in preferred equity, mezzanine debt, B-notes, and discounted notes and sees strong demand from borrowers who are acquiring and executing on strategies in the sector.

“There are some sectors that tend to outperform inflation, where you get the biggest rent growth,” says Eric Draeger, chief investment officer of Berkshire Residential Strategies. “Part of the reason why I like lending on multifamily is that the defensive nature of the sector is great. People need a place to live throughout economic cycles and if I underwrite a loan off today’s rents, I feel like my NOI should be higher at the end of the term of the loan than at the beginning.”

Mesa West Capital has made a conscious effort to pivot toward the multifamily sector and away from other asset classes such as office, says vice-president Brian Hirsh.

“Multifamily has been the most active asset class we’ve seen, and cap rates continue to compress as investor demand rises. We continue to see lower going-in cap rates, lower debt yields and higher values,” Hirsh says. “But we are also seeing a lot of real rent growth in the Carolinas, Florida, Texas and Arizona.”

The firm is most active in older vintage projects that were constructed in the 1980s that are now managed by experienced operators.

“There is definitely downside protection for cashflow in multifamily and as you enter more volatile economic conditions, that becomes more valuable. Office is more binary,” Hirsh says. “Does an owner wait to sign bigger leases and have people come back to work? Multifamily tends to say full and rents go up and down. Generally, there is a tighter range of occupancy in the asset class and there is tremendous rent growth in the Sunbelt markets.”

Markwood, a Los Angeles-based family office that focuses on the multifamily sector, concurs that the sector is recession-resistant, David Wright, chief operating officer, tells us. “It’s not entirely recession-proof but it’s the closest thing you can find in the real estate sector,” Wright says. “Even during the last recession in 2008 and 2009, the vacancy rates in Los Angeles never got over 7 or 8 percent.”

“If you have two things, you’ll always make money in real estate: patience and working capital”

The company has two projects under construction in the city: one is a mix of studio, one- and two-bedroom units, and a second with smaller units catering to a younger demographic, made up of studios and one-bedrooms.

“We go off a metric of a price per door, how many units can you build, what is the price per door? Labor and material costs are fairly uniform these days,” Wright says. “The sites we have right now are class A locations that we purchased several years ago and sat on until we were ready to develop. The price per door was good and in neighborhoods where it was hard to find land that made sense.”

The company’s projects include a 52-unit property in West Los Angeles that represents several years of work.

“It’s a very challenging market and the barriers to entry are high. But there is such a supply-demand imbalance that if you could bring product to market, it makes sense to for the developer and tenant.”

The company is financing its current projects via bank-funded construction loans, both from the same lender. “The loans also convert from construction to permanent loans at stabilization. You’re locking everything in now for the next 10 years,” Wright says, adding that the loan is interest-only through the construction period.

Markwood has found ample lender interest in its strategy, which could include an expansion into greater Los Angeles County. “We’d like to start setting our sights further out into Los Angeles County, possibly into the Inland Empire. We could occupy ourselves there for years because there is such a good opportunity there. The population is larger than most US
states.”

The consensus is that the multifamily sector will stay gold, particularly because of the amount of debt and equity capital available. Transaction volume has spiked in the sector, according to third quarter data from Real Capital Analytics, as more investors have turned to the asset class.

“Sometimes things happen that devastate your plans. The problem is when you look at people who get into trouble and lose assets, it was because of one of those two things. Either a fund came to the end of its life cycle at a bad time, and they had to sell. In hindsight, if they’d been able to keep those assets when the economy bounced back, they would have been fine and they would have made a lot of money.”