Oak Street Real Estate Capital has been one of the fastest growing managers in the private real estate space this past decade. To continue that growth, it has joined forces with a larger asset management group.

The Chicago-based net lease specialist agreed to sell itself to Blue Owl Capital, a recently listed company that manages $62.4 billion of direct loans and capital solutions products, for $1.6 billion this week.

Oak Street plans to use the capital injection – which comes in the form of $950 million of upfront cash and stock plus $650 million in additional earnouts – and the resources of its new parent company to further scale its business and add an “opportunistic” net lease platform, a source familiar with the transaction told affiliate publication PERE.

As a result of the acquisition, Oak Street will become the real estate arm of Blue Owl, PERE understands. The same team will remain in place and continue to raise funds under the Oak Street brand. Its primary focus will remain sale-leaseback transactions with investment-grade tenants. It will also continue to invest in emerging managers.

Oak Street also hopes to tap Blue Owl’s underwriting and deal sourcing capabilities as it launches its higher-returning net-lease program, the source familiar with the transaction told PERE. The initiative will target non-investment-grade tenants of industrial and essential retail properties.

Marc Zahr, founder and chief executive of Oak Street, will join Blue Owl’s board of directors and executive committee. He declined to comment when reached by PERE this week.

Manager on the rise

Blue Owl was formed as the result of a three-way merger initiated at the end of last year and closed this past spring. Private debt manager Owl Rock Capital merged with Dyal Capital Partners, a subsidiary of Neuberger Berman that invests in general partner shares of private funds. Together, the groups went public by way of a merger with a special purpose acquisition company, or SPAC, called Altimar Acquisition Corp.

Blue Owl listed on the New York Stock Exchange in May with a total market capitalization of $12.5 billion.

The firm’s two verticals both offer exposure to private equity albeit with consistent, stabilized returns. Oak Street’s net lease strategy is largely tied to the creditworthiness of its tenants, the source familiar with the transaction told PERE, making it a natural fit with the other business lines.

Blue Owl did not respond to a request for an interview this week.

A decade of growth

Oak Street has achieved one of the more impressive growth trajectories among private real estate managers this past decade, going from raising $20 million for its first flagship fund in 2010 to $2.5 billion for its fifth, which closed last year.

That meteoric rise helped the firm debut in the PERE 100 ranking last year in impressive fashion, cracking the top 20 with more than $6.5 billion raised over the trailing five years. It added $600 million to that total for this year’s ranking.

Most of Oak Street’s investments have been in the industrial sector, though they have included manufacturing tenants as well as those focused on e-commerce logistics. It also invests in retail and office properties.

The firm focuses on ‘mission-critical’ real estate and looks to lock in triple-net lease tenants for 15 years at a time. 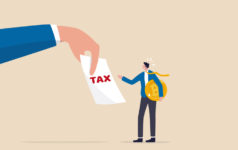