Blackstone, long known for its closed-end funds, has increasingly focused on perpetual life vehicles to grow its real estate business during the past year, president and chief operating officer Jon Gray said during the firm’s first quarter earnings call.

Core-plus strategies totaled $7.8 billion of inflows, according to Blackstone’s first quarter filing with the Securities and Exchange Commission, accounting for more than 90 percent of the real estate capital raised by the firm during the first three months of 2021. Similarly, those vehicles deployed nearly $3.1 billion during the quarter, nearly as much as its opportunistic and real estate debt arms combined.

During the past 12 months, core-plus strategies accounted for more than $23 billion of the $29 billion Blackstone raised for real estate strategies and $15 billion of $26 billion it deployed. The firm’s newest open-end platform, Blackstone Property Partners Life Sciences, played a major role in this growth, raising $3.8 billion last quarter, bringing its total assets under management to $12 billion since it was launched last fall. Also, Blackstone Real Estate Income Trust, the group’s retail investor-oriented non-traded REIT, raised $3.5 billion last quarter plus another $1.7 billion since April 1. Gray said this brings BREIT near pre-pandemic levels of fundraising.

Blackstone remains committed to the closed-end vehicles that it has hung its hat on for the past three decades, Gray said during the call with investors. But he credited perpetual life capital with “fueling a powerful transformation in the assets we manage and the earnings we generate.”

“Our business has been historically concentrated in long-term but finite-lived corporate
private equity and opportunistic real estate drawdown funds … I would compare it to planting seeds, which we grow and then harvest, before starting the process again,” Gray said. “With perpetual capital, we’re now also planting perennials.”

Launched seven years ago, Blackstone’s real estate core-plus arm manages $77 billion of assets in five vehicles. It is the single largest contributor of fee-related earnings at the firm, Gray said, adding that it is working on adding more vehicles of this type.

Both BREIT and the BPP series both delivered net internal rates of return of 9 percent through the first quarter. These figures are up from the 6 percent and 8 percent, respectively, seen a year ago, but shy of the 15 percent net IRR achieved by Blackstone’s opportunistic BREP series. Still, Gray said these platforms remain are relatively young and will bring advantages for the firm – both economic and otherwise – as they continue to scale. “As they grow, they will add a lot to the bottom line of the firm,” he said. “They also add a lot to the intellectual capital.”

Blackstone’s shift toward perpetual life vehicles is not unique to real estate. Across all its asset classes, the firm has 15 open-end vehicles that account for $149 billion of its $649 billion of AUM. In January, it launched Blackstone Private Credit Fund, or BCRED, a non-traded business development company. Like BREIT, the debt platform appeals to retail investors, a sector that has grown in recent years but comes with unique challenges, Gray said.

“At our scale, given the number of products we offer, we are uniquely set up to do this,” Gray said. “It will be done in partnership with the big firms who distribute, who have the financial advisors and relationships. They’re critical to our business. But, it’s an area I think both sides have to get better, because the customer experience I don’t think is good enough yet.” 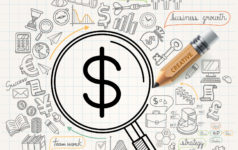 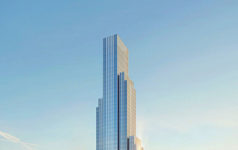 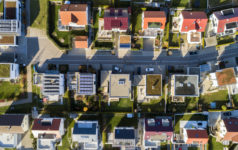