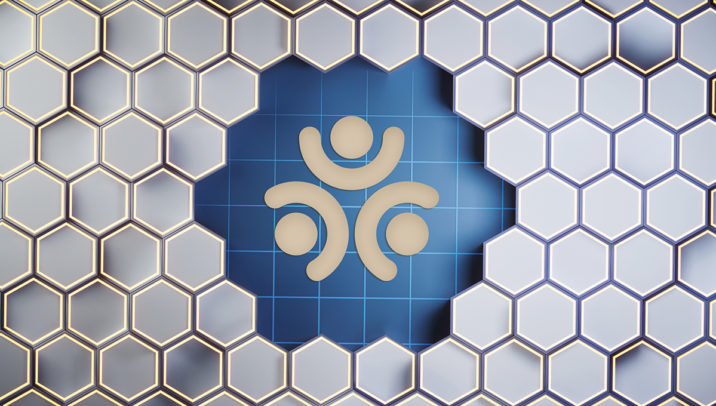 More women and people of color have been moving into senior positions in the US commercial real estate equity and debt markets since the end of the global financial crisis, a major change from any time in the past. As the pace of change speeds up, there are some bridges to cross.

“One thing we still struggle with as an industry today is the retention and the progression of women and minorities,” says Amy Price, president at New York-based global investment management firm, BentallGreenOak.

Price has grown up in the real estate world, having filled roles in New York, San Francisco and Hong Kong over the past three decades. She started her career in 1993 at Morgan Stanley in an entry-level program that was split evenly between men and women. At the time, that was noteworthy.

Price was promoted to managing director several years later – the only female managing director within the real estate division globally at Morgan Stanley. She says she began to realize that the higher one moves up the corporate ladder, the less diversity there is.

“As a woman, I’ve always benefited from mentorship, and I wouldn’t be here today if that wasn’t the case,” says Price. “It just happens to be that I’ve always been mentored by men. I’ve actually never worked directly for women. I’ve never had a female boss nor mentor.”

Price stresses that although this has not held her back and she has always felt supported, she had to learn things, maybe not the hard way, but differently.

“I certainly think that as a younger woman in the industry today, it is more likely that you have both male and female mentors,” says Price. “And to learn from those different experiences is great.”

Mentors can come in many different forms, says Jacqueline Meagher, a director of multi-housing debt and equity advisory at JLL in Boston.

“I was lucky that our office had Lauren O’Neil, who was senior managing director at JLL and a mentor for me for many years,” says Meagher. O’Neil, now chief operating officer at AEW’s Private Equity Group, continues to fill this role.

“I would say she pioneered the path in terms of women rising the ranks, having families and successful careers,” says Meagher. “I think the men around her and above me also had the same mentality that they’d love more women to have successful careers in this space.”

Meanwhile, the fixed salary gap between genders is 10.2 percent and the commission and bonus gap a staggering 55.9 percent. Women also continue to be less likely to reach top positions at their companies than men and hold just 9 percent of C-suite positions in commercial real estate.

On a more promising note, there was a 5.4 percent increase in women respondents who were 39 years old and younger, indicating a growing generation of young and emerging women professionals in the industry. Additionally, more women (32 percent) are aspiring to the C-suite, a 4 percent increase from 2015. 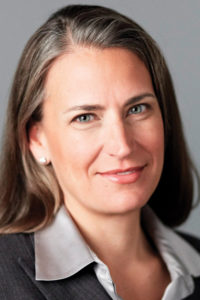 “It is really about inclusion. Because unless you have a culture that can listen to and incorporate in a different perspective, you’re not going to be able to unlock real value”

Diversity in a workplace can make a difference when it comes to the success of a project or investment.

“When you are developing a multifamily property [for example], with 200 residents with different needs, wants and preferences about to move in, and you have a diverse team of people with different viewpoints who are working to make that transaction come to life, it’s going to attract a more diverse tenant base and it will be more representative of what those people might want,” Meagher says.

Price echoes that in order to be good investors, managers and operators of real estate, organizations and teams need to be more reflective of tenants and residents.

“Becoming more diverse allows organizations to make better investment and operating decisions – a view that is finally becoming more understood and valued in our industry,” she says.

As diversity at a junior level has improved, what has gradually started to change in the last five to seven years is a focus on more gender and racial diversity at the board and executive levels.

“Certainly, it starts with a focus on hiring. Diversity can drive organizations,” says Price.

“Part of the richness of perspective and experience occurs when it is multi-dimensional and interconnected. And, while I steer away from gender stereotypes, in a professional environment, men and women tend to approach situations differently.”

BGO has set a goal that two-thirds of new hires would be female, people of color or minorities. This goal helps senior team members to have diversity at the forefront when hiring. It also helps the firm to measure progress.

“Even a couple of years ago, there were a lot of different points of view as to the value of activating that as a stated goal and objective. But again, I see that being more accepted today,” Price says.

Since the goal was put in place in 2020, the firm has hired more than 400 people, exceeding its goal with over 70 percent are either female or self-identifying as visible minorities.

Similarly, JLL has launched what Meagher believes is a strong diversity initiative.

“That includes promoting women, giving them the support they need – it’s a huge goal of ours to have a very inclusive community that is empowering women to rise the ranks at the firm,” says Meagher.

When it comes to hiring, JLL has prioritized bringing more women in at the junior level but then also ensuring that they have the resources they need to stay and be successful.

“I was a beneficiary of that through my career in terms of having mentors who have been really supportive of me joining organizations outside of JLL,” Meagher says, citing the ULI Women’s Leadership Initiative.

While the diversity part of the DE&I umbrella gets a lot of attention, it’s the inclusion principle that needs more consideration to provoke real change.

What’s the use of a diverse team if not everyone’s ideas and input are included?

“It’s important to realize that it’s not just what women bring, but honestly, it’s how men hear that as well,” says Price. “It is really about inclusion. Because unless you have a culture that can listen to and incorporate different perspectives, you’re not going to be able to unlock real value.”

Another consideration of many real estate equity and debt investors is assessing how aligned DE&I is when compared with performance expectations.

“Looking forward, I view our industry as making some good progress and being much more focused on how we actually assess that,” says Price.

The rate of progression is also improving, she says, adding that she has witnessed more promising change in the last five years than in the two decades before that. “I think we’re at an inflection point broadly,” Price says. “We’re in a very different place as an industry today and I do feel that the conversation has changed. Looking ahead, I am very optimistic.” 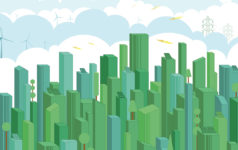 C-PACE financing is on the rise, and may get a boost from new legislation 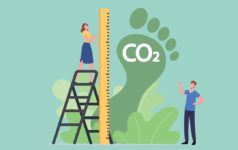