While the commercial mortgage-backed securities market has not been immune to 2022’s volatile market, it has more than held its own compared to other fixed income asset classes, according to Karen Veraa, a managing director and head of iShares fixed income strategy at BlackRock.

The firm’s CMBS ETF, which trades under the ticker CMBS, is the only passively managed fund dedicated solely to CMBS. In 2022, the ETF has outperformed almost all of BlackRock’s other fixed income ETFs, including its flagship AGG bond fund, which tracks the Bloomberg AGG, an indicator of the entire US bond market.

“Our CMBS ETF is down about 7.8 percent. If you look at triple A rated corporate bonds, they’re down about 13-and-a-half percent. The AGG, which is the entire taxable market, is down 9.3 percent,” said Veraa.

Veraa attributes much of the CMBS ETF’s relative resilience to its composition of shorter-duration securities with very good credit risk profiles.

“You’re basically getting 40 basis points a deal picked up by going away from corporate credit and towards commercial mortgages,” she added.

About 90 percent of the CMBS market comprises AAA credits and BlackRock’s ETF tries to mirror this focus in several ways.

Every bond in the firm’s CMBS ETF is investment grade, with around 40 percent of the portfolio composed of government sponsored housing loans, giving investors an extra layer of security not normally found on the bond market, Veraa said.

Additionally, many of the underlying loans have pre-payment protections, preserving cash flows for the life of the security and offsetting potential interest rate distress.

“Unlike mortgage-backed securities that allow pre-payments, these are structured, where you actually get penalized if you try to prepay it. These are very bulleted bonds,” Veraa added.

And while commercial real estate delinquencies have risen modestly this year, it would take much more distress to substantially impact the credit quality of the CMBS bonds in the fund.

“The bonds that are AAA-rated have high levels of subordination or over-collateralization. So, there would have to be a lot of default – meaning like 30 to 40 percent defaults – before it could affect the triple A structure. So, while we’ve seen a rise in delinquencies, the bonds that are eligible for this fund have not really been hit by them because of those characteristics,” Veraa said.

A small slice of the universe

CMBS bonds only make up 2 percent of the bond market, and this causes many investors to overlook the ETF despite its strong returns, according to Veraa.

“We see people allocating to Treasuries, mortgage-backed securities and credit. They forget about this fund because it’s a pretty small slice of the fixed income universe,” Veraa added.

Still, Veraa feels the fund’s relative success is slowly gaining more attention and investors, and she does not expect broader market turbulence to change that.

“Even if delinquencies pick up, we think the credit quality of these is still very solid. And you are getting triple A credit that is yielding 4 percent. I think that could be enticing for some people who want to maybe migrate away from corporate credit,” Veraa said. 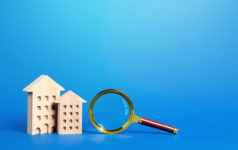 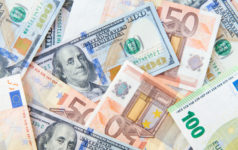