But while the target audience is the same, KREST was legally set up differently than most other perpetual-life, non-listed vehicles in the market. KREST was registered with the Securities and Exchange Commission under the Investment Company Act of 1940. Typical non-traded REITs, meanwhile, utilize Section 3c5c of the 1940 Act, which effectively grants exemptions from registration to companies that own real estate as opposed to securities.

PERE spoke to people familiar with the creation of this fund to understand KKR’s motivations behind opting for an innovative structure that is advantageous to the sponsor in some respects, but also limiting in others. KKR declined to comment on the story.

“From an investor’s perspective, it is a revolutionary ,” said one person. “The rules for net asset value and governance, limitation on use of affiliate, is all investor friendly. There is almost no minus.

“From a sponsor’s perspective, you are giving up a lot to give these investor-friendly features. However, in terms of having perpetual capital sitting side-by-side with an existing business, it is revolutionary, even for the sponsor.”

Definition of a ‘non-traded REIT’

There are different ways to characterize KREST, which KKR described in its press release as a “continuously-offered, registered closed-end fund” that would invest in income-focused equity as well as debt investments. PERE understands KKR is targeting 8-10 percent net total returns for the vehicle.

“In private wealth, you call this ‘click-and-subscribe’ [investing], instead of hiring an advisor to go through an eligibility check and sign subscription agreements”
A person familiar with the fund

In some ways, KREST is just like a mutual fund. It will offer daily reporting of NAV, daily subscriptions via a ticker, as well as anticipated quarterly tenders and monthly distributions. While it will not be traded, retail investors can buy shares of KREST on any given day at the ongoing price for that day and constantly monitor their holdings via the ticker. However, the liquidity is limited in comparison to a mutual fund because investors will only be allowed to sell their units on a quarterly basis and not daily.

The second person who spoke to PERE said the vehicle has the same characteristics of a non-traded REIT but with such additional accessibility benefits, owing to its registration under the 1940 Act, which differentiates it from other products in the market. Non-traded REITs are understood to have certain eligibility criteria for incoming investors such as minimum net worth and minimum income levels. KREST does not have these limitations.

“In private wealth, you call this ‘click-and-subscribe’ [investing], instead of hiring an advisor to go through an eligibility check and sign subscription agreements,” the person said. “This is the next step in democratizing access to institutional real estate.”

By registering under the 1940 Act, the vehicle does not need to register separately with all 50 US states. In addition, states typically allow investors to invest a maximum 10 percent of their net worth in non-traded REIT vehicles, according to the first person, whereas there is no such limit for a registered vehicle. And finally, international investors can also directly invest into this vehicle instead of having to create a feeder fund, a typical structure used by non-US investors.

This is not the first time such a product has been attempted in the real estate industry, however. On December 31, 2018, Clarion Partners registered Clarion Partners Real Estate Income Fund with the SEC under the same 1940 Act. As of April 2021, the fund had total net assets of $75.3 million. As of Tuesday, the fund had an NAV per share of $10.45, was generating year-to-date returns of 4.43 percent and was paying 5.14 percent in distributions.

Both vehicles have a mandate to invest in private real estate as well as publicly-traded real estate securities. In KKR’s case, the securities bucket is intended as a “liquidity sleeve” to respond to redemption needs.

The difference between KREST and CPREIF, as well as some other non-traded REITs, is the investment strategy. With KREST, KKR has ambitions of investing in stabilized real estate assets that might not fit the mandate of its institutional core-plus fund. This could be relatively lower grade – A-minus or B-plus – assets, or properties located beyond the top 15 US markets, for example.

At the same time, however, in choosing to register the fund under the 1940 Act, KKR will be faced with some restrictions as well, largely pertaining to governance and transparency.

According to one person who spoke to PERE, the 1940 Act prohibits firms from using affiliate property managers. In other words, a stabilized real estate asset owned by KREST cannot be exited to another KKR affiliate company or fund.

Then there are restrictions on leverage usage. The act places an upper limit, not allowing funds to borrow more than 50 percent of their net assets.

The fee dynamics are vastly different too. Under the act, retail investors can only be charged incentive fees based on the realized income from the assets and not any fees based on capital gains.

KKR has declined to publicly disclose its fundraising ambitions for KREST and how big the fund could get in size. But with Blackstone Real Estate Income Trust’s $26.4 billion NAV and 6.6 percent year-to-date total returns as of April 30, 2021, and Starwood Real Estate Income Trust’s $3 billion NAV and returns of around 3 percent as of the same period, a high bar has already been set for the firm. 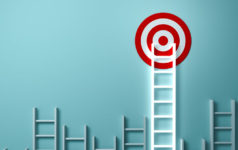 With KREST, KKR builds on an existing idea and takes it further 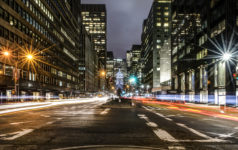 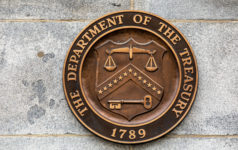 CARES Act could lead to ‘severe downturn for property prices’