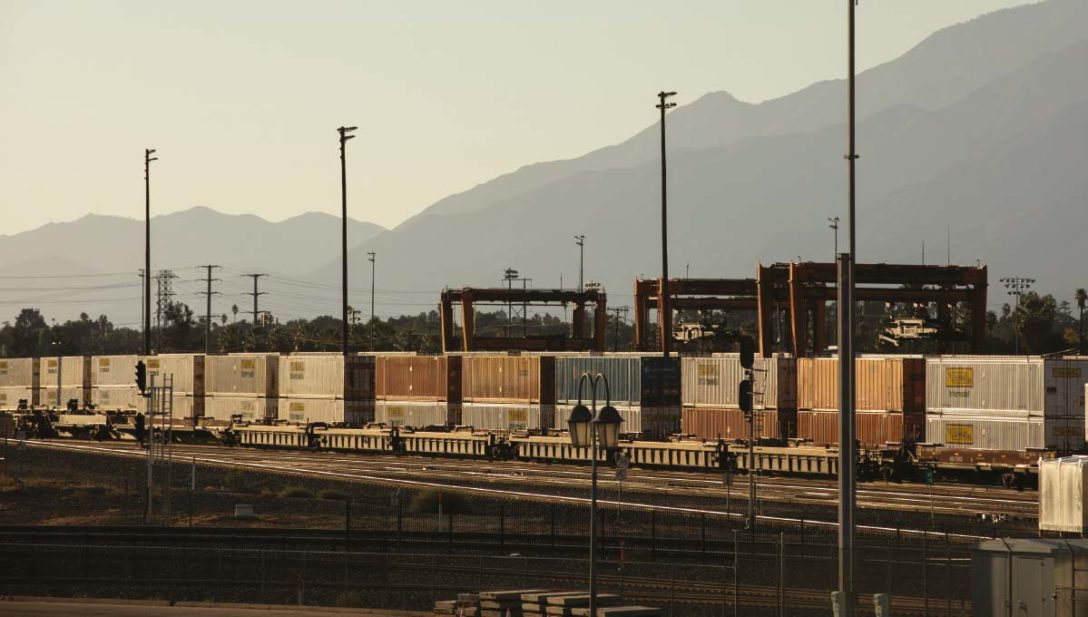 Southern California’s Inland Empire has presented some of the most sought-after industrial lending opportunities in recent years, but new bouts of macro-level volatility present a challenge for one of the most in-demand industrial regions.

When speaking with lenders across the commercial real estate debt landscape, the region and its local industrial market – including Riverside, Ontario, San Bernardino and other neighboring Californian cities – often receive spotlight attention on par with multifamily deals in prime Sun Belt markets.

Nicole Welch, managing director and asset management officer at New York-based real estate investment manager Clarion Partners, says recent market performance in the Inland Empire has attracted lenders. Clarion, which is well-acquainted with the area, has expanded its presence in it.

“With sub-1 percent vacancy, aggressive rental growth and well-capitalized tenants and landlords, it is a relatively low-risk profile for investment,” Welch says. “While I do not see those fundamentals changing in the near-term, with traditional banks on the sidelines right now I think it is anyone’s guess as to how sustainable that momentum is… particularly for construction lending.”

In June, JLL Capital Markets arranged a $210 million construction loan for the first phase of development for a new Class A industrial asset owned by a joint venture between an industrial fund managed by Clarion and investment company Real Estate Development Associates, based in Newport Beach, California. JLL tapped a national bank to supply the three-year floating-rate, interest-only and non-recourse loan.

Karen Dame, senior research analyst at Cushman & Wakefield, and Jolanta Campion, senior research director for Southern California at the Chicago-based real estate services firm, say the Inland Empire posted a vacancy rate of 0.7 percent, up only 20 basis points quarter over quarter and 10bps from the prior year, as some assets sat longer on the market coupled with pre-leased properties entering the market.

“Uncertainty about the US economy still lingers in anticipation of a recession, reflective of persistently high inflation and rising interest rates,” Dame and Campion write. Based on predictions from Cushman’s Global Port Tracker, imports are expected to fall to their lowest level in nearly two years by the end of 2022 despite continued retail sales growth. “Aside from inflationary concerns, many retailers and third-party logistics are also left sitting with high levels of inventory,” the two note.

Ongoing volatility and interest rate rises are already preventing some lenders from participating in debt opportunities across the US, with the industrial sector no more immune than any other. When deals do arise in the Inland Empire, however, interest from traditional and alternative lenders has remained strong with bidding pools still offering more than a handful of potential financiers for borrowers to choose from, according to sources steeped in the local market.

“Similar to other major markets, it’s very competitive to win deals in the Inland Empire and requires a deep understanding of supply and demand, rent growth and recent comparables, and a conviction in where and how you can push underwriting,” Welch says. “Wise investors must approach with a creative lens and look at any particular asset a little bit differently than their competitors.”

Welch notes cap rates have moved during the last several months on all fronts as the cost of capital has increased. With the uptick, she says land pricing is starting to see some correction and, in some cases, has come off peak pricing by as much as 40 percent, especially if it is unentitled dirt. “On the tenant side, much quarterly anecdotal commentary has indicated a slowing on major capital outlays and cap ex investment into facilities,” Welch adds.

Headwinds for the Inland Empire’s industrial market are most visible when it comes to construction lending – paralleling a nationwide pull back away from new construction loan activity in favor of bridge debt opportunities and transactions on existing assets in stable condition.

“However, for permanent debt, multiple vehicles are still available – it’s just going to come at a higher price as the Federal Reserve continues to raise interest rates,” Welch says. She notes the overall tenant profile in the Inland Empire is not changing and this reduces risk for potential lenders.

Where construction is happening, an estimated 60 percent of activity has largely cropped up in Ontario, Perris, Beaumont, Riverside and Fontana. A key factor tying all these cities together is their proximity and interconnectivity to California’s freeway system and freight railways, along with being within 75 miles of the Los Angeles port system and local airports.

A slew of lenders – including PGIM Real Estate and Regions Bank – have widened their Inland Empire industrial footprint in previous quarters, capturing opportunities prior to the Fed’s consistent interest rate hikes during 2022.

Even as Amazon, arguably the biggest monolith in US online retail and distribution, pulls back from widening its already massive warehouse and industrial footprint, other tenants are stepping up to the plate to keep industrial leasing and subsequent demands for new space and lending activity steady.

One example, 2253 Apparel, acquired a newly built distribution center at 100 Walnut Avenue in Perris, California, with a $65 million loan on tap from Israel Discount Bank of New York and $32.4 million of financing from Valley National Bank in September this year.

“As long as these broader economic fundamentals remain healthy, debt opportunities will continue to surface for permanent debt,” Welch says.