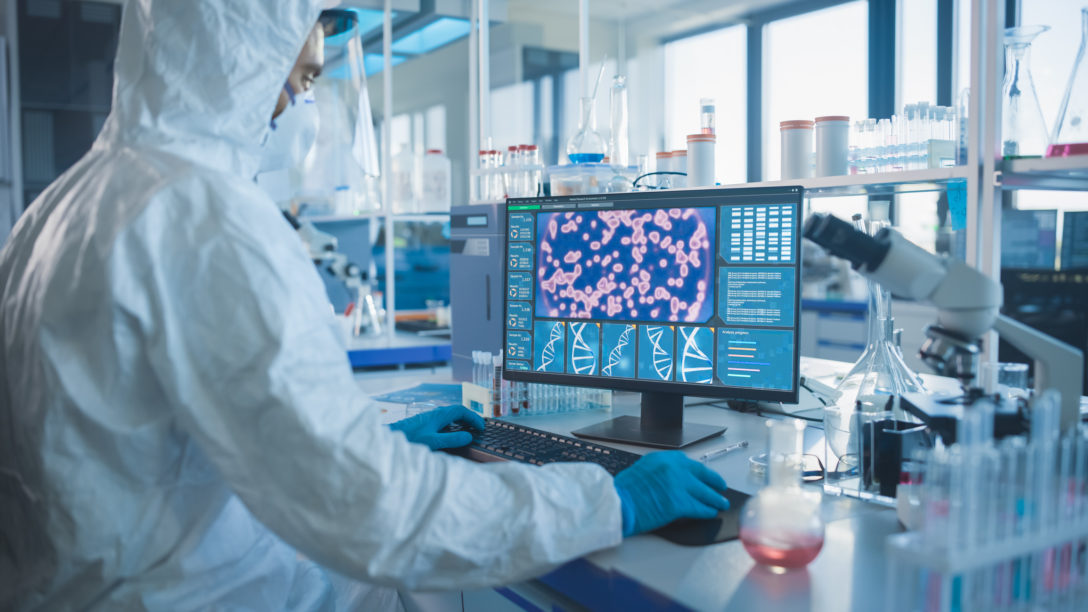 New research and lab creation, which was increasing prior to the covid-19 pandemic, has accelerated due to user demand and interest from lenders and investors trying to fill what is seen as a substantial supply-demand gap. CBRE data shows a record 31 million square feet of life sciences assets were under development as of 2021’s end, including ground-up projects and conversion initiatives.

“There is a finite amount of buildings you can convert, and at some point, the rents and the preferences are such that many big tenants will want to get newer, purpose-built buildings”

Meanwhile, Cushman & Wakefield data shows funding in the life sciences sector has been steady alongside the development pace. The Chicago-based real estate manager’s first quarter update noted National Institutes of Health funding clocked in at $33.5 billion in 2021 and outpaced pre-pandemic levels by 7.8 percent. According to Cushman’s first quarter North American life sciences sector update, private equity funding exceeded $44 billion in 2021 and contributed more than half of the $86 billion invested into life sciences companies from March 2020 onward.

Akbar Tajani, managing director of real estate at Barings, says the Charlotte-based investment management arm of MassMutual is looking toward STEM markets in particular because of their anticipated growth from tenant, employer and employee composition in such locales.

“You do not want to be an outlier in the middle of nowhere in your own space,” Tajani says. “You want to be around a lot of life sciences companies.”

With pre-built stock limited in major STEM markets, Barings and its peers have focused more on dormant office assets to widen their portfolios in the sector. “I think the momentum of conversions that we have experienced so far continues,” Tajani says. “But there is a finite amount of buildings you can convert, and at some point, the rents and the preferences are such that many big tenants will want to get newer, purpose-built buildings. I do see a greater push for new life sciences assets that are purpose-built, modern and have all the characteristics we are talking about, especially as many of these companies mature and go from Series A to B to C of funding.”

In April this year, Barings landed a new lending deal in San Diego to acquire and convert Sorrento Ridge Research Park through a venture with Sterling Bay and Harrison Street Real Estate Capital.

“We look for the same leading indicators that we have looked for since we started investing in the space,” says Tajani, referring to “public and private research funding, where the universities are that are actually investing in research and spinning out start-ups; and then related to that is the PhDs and where the educated, skilled labor force is; and then the depth of the private and public companies that are there alongside that particular market’s growth rate.”

Brad Tisdahl, a managing principal at New York consultancy Tenant Risk Assessment, says there is more to the conversion deals than what appears to be on the surface for lenders.

“The Fed is already increasing rates and selling off their bond portfolio, two factors that could both have an impact on the cap rates in many commercial real estate asset classes,” says Tisdahl. “And as we know, there has been a lot of discussion around recession and there has been a lot of discussion around inflation. But I am less interested in that and more interested in what the fundamentals of the economy are right now and what is driving it, because that is going to have an impact on different components of commercial real estate.”

Tisdahl says the rush to satiate demand in the life sciences sector cannot overlook the tenant composition across the industry. “You are not always going to see a Merck or a Pfizer in that space – you are sometimes going to find a start-up that has raised quite a bit of money but [which] has risks associated with, for example, raising additional capital to fund research and development or getting approval from the Food and Drug Administration for a treatment.”

Converting office assets is not an insignificant feat to tackle in terms of building costs as well, whether the end-goal is to create a modern life sciences space or even market-rate multifamily apartments. Tisdahl says a build out could be as much as $250 per square foot in some cases, double the cost of a traditional office build out. “That can be more of an outsize risk for lenders that are financing the conversion of these properties,” he says.

No dent in activity

Despite some of those initial hurdles, life sciences development has not lost momentum through the pandemic, according to a June report by CBRE. Projects under construction in the top 12 US life sciences markets ticked upward 44 percent in 2021, ground-up development increased by 42 percent and lab conversions jumped 49 percent.

Nick Jann, senior analyst at Dallas-based CBRE, says the gap between supply and demand is prodding building owners to convert existing office space into lab space despite the upfront capital required. “Owners view these renovations as a down payment on a future of greater rents and higher occupancy over time,” he says.

Those renovations can consist of system improvements to get air and power capabilities up to par, upgraded loading and unloading capabilities, and accommodating the movement of scientific equipment and materials.