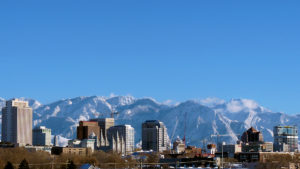 In December, the manager completed fundraising for its latest US multifamily and debt funds, surpassing original targets for both. Robert Morse, chairman of Bridge Investment Group, told PERE in an exclusive interview that the firm raised $1.6 billion equity for Bridge Multifamily Fund IV, a value-add vehicle targeting class B apartment buildings primarily in the southern US. Meanwhile, $1.625 billion was raised for Debt Strategies Fund III, a fixed income vehicle also focused on similar assets in the multifamily space.

The Debt Strategies Fund III, launched in February 2018 with a $1.5 billion target, has commitments from pension funds such as California-based Ventura County Employees Retirement Association and Sweden’s Kapan Pensioner.

The Multifamily Fund IV, which is backed by the Taiwanese insurer Fubon Life Insurance, among other investors, came to market in January 2018 with a $1.25 billion target. Morse said the multifamily fund did not have a hard cap but his firm returned $200 million of investor capital.

“We did leave some money on the table,” he said. “We try to evaluate the opportunity set out there and avoid taking on more capital than we can put to work effectively.”

So far, the firm has deployed almost 50 percent of the fund. Morse said the investment strategy centers on non-luxury communities with between 250 and 1,000 units in parts of the country with strong job, wage and household formation growth. Most assets are located in the areas that are well connected to the knowledge economy but outside gateway markets such as New York and Los Angeles, he said. The firm aims to spend between $25 million and $100 million per asset with an average loan to value of 65 percent.

The debt fund is said to be around 60 percent deployed. For this vehicle, Bridge is taking a three-pronged investing approach, according to a September 2019 meeting document from VCERA, effectively acquiring Freddie Mac K-Series securities, originating short- and intermediate-term first mortgages and investing in mezzanine loans, B-notes and preferred equity.

Morse declined to comment on the performance of Bridge’s funds, citing regulatory concerns. However, according to the VCERA document, PERE understands the firm is targeting net returns between 9 percent and 11 percent for Fund III. The previous two funds – the 2014-vintage fund I and the 2016-vintage fund II – have achieved internal rates of return of more than 8.5 percent since 2014 and 2016, respectively.

In addition to its institutional fundraising for the two funds, Bridge Investment Group also closed on $950 million of retail investor capital for its two funds targeting investment in opportunity zones, Bridge Opportunity Zone Funds I and II. Following the requirements of the federal opportunity zone program, which offers tax relief to investors committing capital to projects in economically distressed areas, the firm’s strategy centers on ground-up development.

Bridge has deployed all of this $950 million into 21 investments, most of which will be anchored by multifamily housing. The firm will continue raising and deploying capital as long as investor demands remains strong for the program, David Coelho, chief investment officer for the Bridge Opportunity Zone Strategy, told PERE.

“We see the opportunity to deploy the amount of capital we did in 2019 again because the pipeline of deals looks just as good, if not better, in 2020. Also, we had to do a lot hand holding at this time last year, which we don’t have to do as much of moving forward. It is still very early on in the program and we are excited about it.”