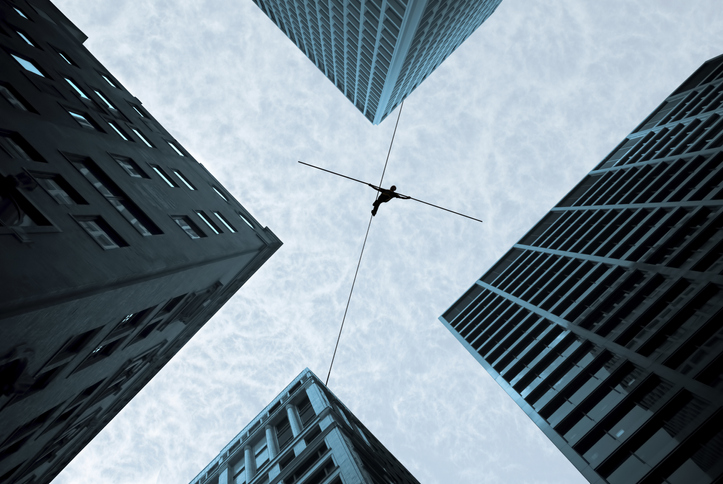 The Federal Reserve’s recent 75-basis-point interest rate hike is expected to further inhibit growth in a US commercial real estate market which has already been slowing, with senior market participants questioning what the end of the year will look like and what 2023 will bring.

“At the moment, you have a lot of real estate lenders potentially backing off because their risk tolerance is a bit lower,” Coy said. “So, in order to get new deals done – both for new construction as well as acquisition – investors and owners are going to have to get creative in the next few months.”

About 40 percent of CFOs surveyed by Deloitte expect capital availability to worsen in the next 12 to 18 months, according to Coy, and about 38 percent expect cost of capital to continue to worsen during the same span.

Revenue outlooks are contributing to funding concerns as well. Only 40 percent of Deloitte’s survey respondents expect to finish 2022 with higher revenues than 2021 and 33 percent expect to cut expenses because of the financial performance threats posed by high inflation, workforce management and cyber risk.

Coy said owners and investors looking for capital could look outside their native jurisdictions for partnerships or approach debt funds to tap into alternative funding sources. According to CBRE data as of the first quarter of this year, 42.7 percent of loans issued were from alternative financing sources including debt funds, compared to only 30.6 percent a year prior.

As early as March this year, with interest rate increases initiated and construction costs already elevated, Schwartz noted that global financial markets were potentially already teetering on recession, and conditions have only gotten worse. Year-to-date interest rate increases by the US Federal Reserve totaled 300 basis points as of September 21, with a commensurate impact on financing costs.

As an example, Schwartz cited generally occurring deals being represented by Duval & Stachenfeld where re-underwriting was necessary because increased leverage and construction costs did not suit the flow of institutional capital quite as well anymore.

“I have contacts who ended up giving up a hard deposit – which was hard to walk away from – but they weren’t able to secure the institutional capital and it just wasn’t worth putting up all of their capital to do a potentially much tighter deal given the increase in cost,” Schwartz said. He noted at other times, the firm saw institutional capital walk away and get recapped out before the closing but after the go-hard – an unusual occurrence even in disrupted market conditions.

All the financial woes coupled with delays in physical constriction because of prolonged material delivery have complicated ground-up deals especially. Deloitte’s report noted that CRE leaders should focus on creative property re-use conversions and targeted location strategies that tap into shifting demographic gateways as a means of addressing such supply chain constraints.

“Deal speed and volume were much, much higher a year ago,” said Sarah McKevitt, real estate senior analyst at RSM. “Now, deals are moving much slower to close and then the number of transactions across all sectors is really down about 20 percent when you look at Q2 2021 to Q2 2022. The interesting part of it is that the pricing in these deals is still exceeding pre-pandemic levels so it’s just this interesting paradox of where the market is right now.”

Preqin data shows that dry powder focused on US investment reached an all-time high of $217 billion during the peak of the real estate market, a 22 percent increase from before the pandemic. Available capital held steady at $215 billion as of the second quarter this year, which RSM said suggests private capital is still on hand and ready even if fundraising has slowed compared to 2021’s record pace.

“Even with the slowdown, we’re anticipating transaction volume to gain momentum heading into 2023,” said RSM real estate senior analyst Lauren Gerdes. “A lot of fund managers were just trying to reevaluate their strategies and where their focus would land, given the current changes in the environment.”

While new construction has had its hurdles through the last two years, some private capital allocators focused on debt deployments saw the pandemic as a period where distressed opportunities would increase.

“That necessarily didn’t pan out obviously, but where we sit today just with traditional financing, fund managers are really having a challenge when they’re trying to place debt on their new properties or if they’re needing to refinance,” Gerdes said.

The best opportunities and deals now require solid fundamentals able to withstand the rising interest rate environment and a solid foundational story, according to McKevitt. Gerdes added that geographical and risk reevaluation are additional components to be factored in on the hunt for such deals.

“Over the past few years, we’ve definitely seen opportunistic and value-add properties take off as far as the capital focus, but now we’re seeing more of a shift into that core and core-plus that has that strong cashflow that can cover any increases in some of the carrying costs,” Gerdes said.