Real Estate Capital USA
Home Managers Fortress’s Pulley: ‘The longer it takes, the more distress there will be’
Return to search
News & Analysis

Plenty of capital has been raised during the past 15 months with an eye toward capturing covid-driven distress. But for groups looking to put that capital to work, it has been feast or famine.

New York-based Fortress Investment Group raised $7 billion last year for an extension vehicle for its Fortress Credit Opportunities V fund, which had just closed on $6 billion in April 2019. The firm entered March 2020 with less than one-third of FCO V deployed. It has since invested 140 percent of that fund – including capital that was deployed, harvested then recycled during the investment period – and 30 percent of its follow-on vehicle.

“We’ve looked for groups that are stuck in the middle,” Tom Pulley, chief investment officer and global head of real estate at Fortress said, explaining the fund’s deployment strategy. “They’ve got balance sheets, so they can’t throw themselves to the mercy of the courts, but they’re also substantial enough that they’re not the direct beneficiaries of government bailouts. These groups could borrow money but that just further gums up their balance sheets. Being responsible corporate actors, they decide where to dedicate their resources and which parts of their business are core versus non-core.”

This was the case in his firm’s acquisition of the 478-room resort complex called Frenchman’s Reef on St Thomas in the US Virgin Islands. Badly damaged by Hurricanes Irma and Maria in 2017, the property was still under renovation by its previous owner, DiamondRock Hospitality, when covid hit. Strapped for cash because of last year’s global travel and lodging restrictions, the REIT opted to sell the property to focus on less capital-intensive parts of its portfolio. The sale price was not disclosed. Pulley said Fortress had previous experience resuscitating resorts in the Caribbean, so it felt comfortable taking on the risk.

Similarly, Los Angeles-based Kayne Anderson Capital Advisors raised a $1.3 billion Real Estate Opportunistic Debt vehicle and a $500 million separate account, all in a matter of two weeks. It deployed the final $250 million from its Real Estate Debt III fund, the entire separate account and 60 percent of its debt fund by the end of May 2020.

Early days of the pandemic saw a flurry of transactions, most involving groups selling securities to satisfy margin calls. Kayne Anderson was on the receiving end of this trend. But distressed opportunities dissipated as quickly as they came on, Andrew Smith, co-head and senior managing director on the debt team at Kayne, told PERE. By the third quarter, the driving force in the market had already shifted from forced selling to opportunistic buying – at least for those who could source deals. For its part, Kayne deployed the rest of its fund primarily by originating new loans.

Smith said a pattern has emerged since the GFC of groups ramping up opportunistic fundraising at the first sign of potential market dislocation: “There’s always this wave of capital being raised to take advantage of distress and it rarely seems to materialize in the enormous way people think it will, likely because of government intervention and the amount of capital seeking yield,” he said. “Our ability to more effectively deploy capital comes from having such deep roots in our markets to source deals because there hasn’t been this tidal wave, it hasn’t been easy to find those opportunities.”

While these groups have stepped back, independent, private groups – developers, owners and operators, mostly – have grown their share of the distressed pie from 41 percent in the wake of the GFC to 64 percent these past four quarters.

Alexis Maltin, director of analytics for RCA, said the current environment has likely favored these types of buyers because the asset-level distress in the market has been one driven by operational issues, rather than financial ones. The solution needed, therefore, is not recapitalization, she said, but rather repositioning. This has been especially true for second- and third-tier malls, for which the pandemic has been the last stop on a long road toward obsolescence.

Maltin said developers, owners and operators have the local expertise to execute change-of-use projects that institutional groups often lack. “These are the people who have boots on the ground with the local governments and agencies and spend the time to convert these properties to their highest and best uses,” she told PERE.

While both Fortress and Kayne Anderson have been able to deploy their funds rapidly, other groups have not found the opportunity set they expected.

He had expected to find discounted hospitality and retail assets with his firm’s debut opportunity fund. “We launched an opportunistic fund hoping to see a fair amount of distress but that has not played out,” he said.

Instead, the fund, which launched with less than $50 million and no target, per its filing with the Securities and Exchange Commission, will focus on ground-up development and situational distressed opportunities rather than systemic ones, the manager said.

Karen Kulvin, co-head and senior managing director on the debt team for Kayne Anderson Real Estate said her team was careful not raise more capital than it knew how to use. “We raise capital to the level we think we can deploy,” she said. “If we need more, we’ll go out and get more, but we’re not going to over-raise because we don’t want to be in the position other funds are sitting in, with all this opportunistic capital and nowhere to put it.”

Distress is coming: ‘no doubt about it’

Because of the unprecedented support provided by central banks around the world – $5 trillion in the US alone – it is difficult to predict how or when widespread distress will come to the market. Even the most troubled property types have avoided fire sales.

The reality of the need to pay your bills, to pay your loans, that cashflow reality will dictate what happens. During the last 12 to 15 months, a lot of factors have extended that reality, but it is going to come to to the fore and the longer it takes, the more distress there will be, there’s no doubt about it.

During the 12 months trailing April 1, less than 1 percent of sales activity involved a distressed asset, according to Real Capital Analytics. Distressed sales were just 1.3 percent and 2.4 percent of the office and retail markets, respectively, during that period – a far cry from the 16 percent and 12.8 percent rates seen in 2011. And by the end of the first quarter of 2021, debt workouts had already started outpacing new distress, per RCA.

Pulley, however, does not believe the sector is out of the woods. Unlike public equities, for which pricing dislocations are immediately apparent, real estate distress takes time to become apparent. “Every situation is different,” he said. “Every borrower has their own set of facts, every property has its own leases, liabilities and lenders, so it’s an unwinding process.”

Given the deep disruption of property-level cashflows, Pulley said the distressed opportunity from the pandemic has the potential to be many multiples bigger than the GFC. He also noted that forbearance allowances from lenders are subject to annual review and will inevitably stop being renewed.

“The reality of the need to pay your bills, to pay your loans, that cashflow reality will dictate what happens,” he said. “During the last 12 to 15 months, a lot of factors have extended that reality, but it is going to come to the fore and the longer it takes, the more distress there will be, there’s no doubt about it.” 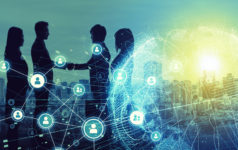 A10 hires veteran lender Jardine to head up expansion push