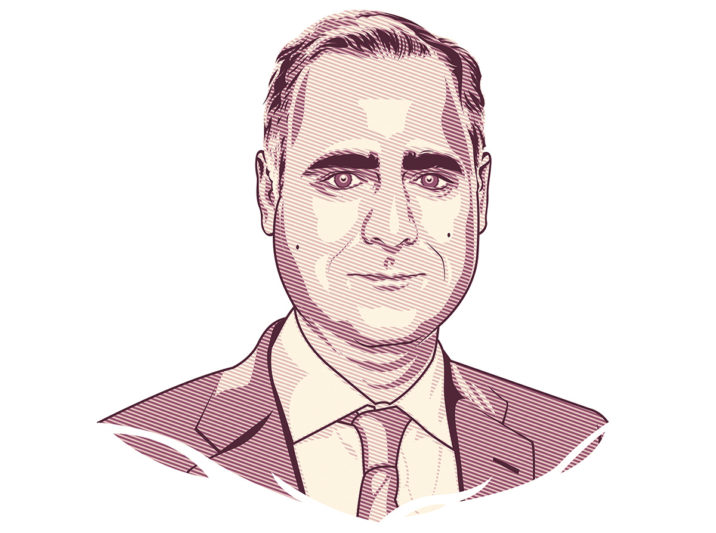 KKR Real Estate’s credit business has been notching up some big numbers so far this year – tripling loan originations, expanding its lending products, and doubling the size of its team to 50. Some things have stayed the same, however: its focus on commercial mortgage-backed securities investments and originating large loans for high-quality sponsors, writes William Johnson.

“We have gone from originating $3 billion of mortgages per year, prior to the pandemic, to $9 billion so far this year,” Matt Salem, partner and head of real estate credit at the New York-based private equity manager, tells Real Estate Capital USA. “Ultimately, we will do four times what we have done in the past.” This growth can be tied to several factors, including KKR’s acquisition of insurer Global Atlantic Financial Group in February and its subsequent broadening of its lending products to include fixed-rate, stabilized strategies that reflect the insurer’s needs.

Additionally, the firm has worked to grow KREST, a continuously offered registered closed-end fund that invests in both real estate credit and equity and which marks the expansion of its capital base to include retail investors.

“Prior to the pandemic, we only had two capital bases: our publicly traded mortgage REIT and a private fund that invests in securities,” Salem says. “The biggest change is that we have added a number of different pockets of capital, and we added a couple of new strategies on the private side.”

Retail investors represent fertile ground for expansion for KKR, which launched KREST in May. “They are probably the biggest pocket of capital in the market,” Salem says. “With the aging of the US population, and retirees needing yield products, real estate credit lends itself well to these needs.”

The firm is also looking at further expanding its debt business into Europe: “We have started hiring people there and our goal is to start originating loans next year. We are well on our way to opening up in that market.”

KKR’s growth has stemmed in part from a series of choices the firm has made to enhance its products, aiming to offer borrowers a full-service lending business. “We have seen the power of one plus one equals three and we are able to drive more meaningful relationships,” Salem says. “You never just want to have one thing to offer a client. Business begets business.”

KKR’s real estate lending business now spans a variety of loan products, including construction lending, transitional loans and fixed-rate loans on stabilized assets. “We have more tools in the kit where we can offer multiple solutions,” he adds.

In addition to expanding its suite of loan products, KKR’s real estate lending group is targeting growth by originating larger loans than its peers – a strategy that has in part driven its property debt business.

“We are a little different in that we are a larger loan lender,” Salem says. “If you need a $400 million loan, we are one of the very few who can do that type of deal. And by adding insurance company capital and private fund capital, we also find that our clients really want to have KKR as a lender because they say we can borrow from us on lots of different business plans.”

The firm’s lending business has been bolstered by repeat loans with existing clients, a factor Salem partly attributes to client service. “There is constant interaction, constant communication,” he notes, explaining that strong working relationships are critical as borrowers and lenders work together through a value-add business plan.

But there is another part of this that is more administrative and eases the amount of time it takes to get a loan done – having existing loan documents in place. “You have negotiated many of the hot buttons and the probability of success is much higher,” Salem says.

Despite the increase in the firm’s origination activity, Salem says there have not been significant changes or innovations in KKR’s loan structures. However, he does note that increased competition has meant some small tweaks, such as offering clients prepayment flexibility on short-duration fixed-rate loans. In the past, the firm might have asked for around three years of yield maintenance. “That is not a new structure, however, just a way to be more flexible,” he adds.

In addition to direct real estate lending, KKR has found opportunity in the conduit and single-asset, single-borrower CMBS markets, both of which Salem says have demonstrated strong performance through the pandemic.

“The SASB market is absolutely on fire and is amazing to watch because it is probably the best cost of capital in the market right now. Analysts are predicting $50 billion of issuance this year and it all comes back in part to the demand for yield. It is also growing because of the institutionalization of real estate.”

Conduit performance has also been strong, especially for transactions issued after risk retention rules tightened in 2017. Salem says such transactions are experiencing delinquency rates of 4 percent or less.

However, he adds that conduit issuance has been more muted than SASB. This is partly because borrowers are less inclined to take on fixed-rate debt as they work through cashflow issues stemming from the pandemic. It is also due to the reduced number of loans that are being originated on hotel and office properties. “That has taken out a big part of the pond where you can fish in.”

KKR launched a dedicated fund to invest in the conduit CMBS B-piece market in 2017 when risk retention rules were put in place and has consistently been an active third-party buyer. According to data from Trepp, the firm had a 32 percent market share from 1 January 2017 through 30 June 2021. This trend continued in 2021. The firm was also the largest buyer of these securities in the first half of the year.

Several trends that KKR had identified in recent years were accelerated during the pandemic, Salem says. While industrial and life science properties are attracting tenants, retail spaces continue to struggle, especially in the wake of e-commerce’s rapid adoption. Less than 4 percent of the loans in KKR’s portfolio were on retail properties when the pandemic began gaining momentum in the US in March 2020.

The firm believes industrial will be an important sector in the coming years, with Salem noting that KKR’s experience as a buyer of industrial property allows it to be a more discerning underwriter of assets in the sector.

“On the equity side, we own a lot of industrial and can look at a portfolio and see it on a month-to-month basis, including changes in rent and demand. We have a more granular understanding from the properties we already own. We look at the basics, where we are lending versus replacement costs. We think industrial is a multi-year investment opportunity.”

KKR is most active in the multifamily residential sector and Salem anticipates that this will continue.

He adds that KKR sees relative value in the life sciences sector: “There are greater yields and also more transitional opportunities associated with it. It is possible to convert an office building into life sciences. It is a heavier lift but there is more return and we like the sector’s tailwinds.”

The firm continues to focus on emerging metropolitan areas in the southeast and southwest, including Austin, Atlanta and Nashville. These areas are seeing large demographic shifts from the Northeast and West Coast, a trend that has accelerated during the pandemic.

“There are a lot of pockets of real growth following the demographics shifting to lower cost states.”

Salem is positive about real estate’s prospects in the near term and is not expecting widespread market disruption anytime soon. He attributes this stability to the continuing fiscal and monetary stimulus keeping the market liquid even during the most unpredictable days of the pandemic.

“I don’t think this is a distress cycle. It could have been, [but] real estate along with every other market has benefited from the stimulus. This has created a different playbook for lenders, who had a feeling that there was a light at the end of the tunnel. In the interim, there will be a lot of stimulus to bridge us to there and that makes lenders more willing to grant forbearance.”

He did, however, express concern about the amount of liquidity for commercial real estate debt.

“Yields are low, cap rates are low. Rates might go up and I’m worried there will be increased competition from this liquidity. The positive is that real estate is working really well, and we are seeing strong performance in sectors like multifamily and self-storage. Hotels are coming back, industrial and life sciences are booming, and vacancies are going down.”