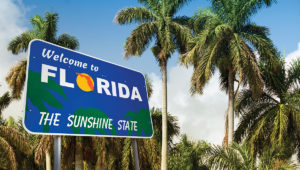 Mesa West this week originated a $49.2 million loan to ESG Kullen and Angelo Gordon to recap a West Palm Beach property, a transaction that increases the Los Angeles manager’s activity in the area to north of $300 million over the past two years.

The financing will recapitalize debt on Monteverde, a 219-unit apartment complex. The 2006 vintage property consists of two- to three-bedroom apartments in three six-story buildings that are part of the larger Renaissance Commons master planned community.

Russell Frahm, an executive director at Mesa West, said the firm liked the value-added nature of the opportunity and sponsors’ plans to renovate the common areas and amenity spaces. The property is more than 91 percent leased, with amenities which include a fitness center, pool and jacuzzi.

Mesa West has originated more than $310m in Palm Beach County loans during the past two years. Palm Beach – already the third-most populous county in Florida – has seen more than 16 percent population growth since 2010, driven in part by inward migration from the financial services sector.

Frahm sees demand in the area only increasing over the coming years.

“The property will benefit from strong multifamily demand drivers, including the continued Sun Belt migration, especially to no income tax states like Florida, and greater appeal of multifamily living in this higher interest rate economy,” Frahm said.