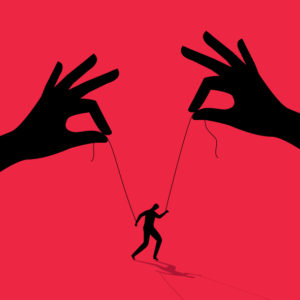 As the differential between cap rates and interest rates widens, more lenders and sponsors are grappling with negative leverage.

Negative leverage, which occurs when the yields on commercial real estate are lower than the interest rate on a loan, has become more prevalent as interest rates have risen and valuations have dropped.

“The days of positive leverage are gone, and it has left many investors in real estate at a crossroads,” says Daniel Lisser, a senior director at New York-based advisory Marcus & Millichap. “Over the past few years, buyers were able to borrow money at rates below the cap rate they were buying at, creating increased cash flow for the equity. With the reverse now common, investors are facing a situation that they not seen in a long time – negative leverage.”

The yield on the 10-year US Treasury has been on an upward trend since the start of the year, rising from 1.76 percent on January 1 to 3.78 percent as of September 12. At the same time, higher interest rates have depressed valuations on properties, with a report from Green Street Advisors tracking a 4.7 percent dip in property prices through mid-year.

“When you borrowed money 90 days ago, you were able to get positive leverage – the rates on loans were lower than what the real estate was producing,” says Edward Fernandez, president and CEO of Irvine, California-based manager 1031 Crowdfunding. “That has now inverted, [making it] difficult to create current cashflow for investors now.”

There are things sponsors can do to avoid a negative leverage situation, including working with lenders to secure an interest-only loan period for either part of a loan’s term or its entirety.

“While this option gives borrowers a higher current cashflow, it magnifies the maturity risk as less of the loan principal is paid down,” Lisser says. “In addition, the LTV is usually lower as, in essence, the borrower is prepaying amortization.”

Faropoint, a Hoboken, New Jersey-based manager that focuses on last-mile industrial real estate, floated another idea: closing a deal on an all-cash basis and then lining up longer-term financing down the line for acquisitions where negative leverage could be an issue, says Adir Levitas, the firm’s founder and CEO.

“If the seller says, ‘I’m bringing you a present that you can open in a few months,’ but you cannot finance that present since the entry cap rate doesn’t make sense with today’s leverage, what eventually happens is that the leverage point is starting lower – maybe 40 or 50 percent leverage – to be able to go through that negative leverage period,” Levitas adds. “[Another] strategy is having a programmatic understanding with a lender to upsize leverage as tenants are renewed and the NOI of a price property rises.”

A credit facility can also help a borrower grappling with these issues. “If you have a credit facility in place, [you can] average the cap rate [among] purchases to be high enough to go through that negative leverage some deals will present,” Levitas says, adding that the current situation may favor all-cash buyers who can later refinance debt. “That is great, but that is another hurdle that takes away much of the transaction volume.”

The market will have to adjust to negative leverage by either having cap rates go up or investors willing to take a lower return, reckons Marcus & Millichap’s Lisser.

“Many buyers are either adjusting the return they are willing to accept down or are bidding based on the current interest rate environment and losing deals,” he says.