The single-asset single-borrower securitization market is set to get a big boost from a surging environment for commercial real estate mergers and acquisitions.

The US SASB market saw $12.4 billion of new SASB issuance in January and February, more than double the same amount seen during the same period in 2021. The sector saw $79 billion of total issuance in 2021, according to data from the CRE Finance Council.

“You have large acquisitions of pools of properties by a single borrower as a whole company transaction and they’re buying the entire assets of a company where the primary holding is real estate,” Neuman said. “[These transactions are] being financed in the CMBS market versus other markets.”

The SASB market offers issuers the ability to customize the structure of the deal and achieve good execution.

“The growth of the SASB market has allowed for structuring these deals and requires people to work on the complexities of the structure and other ways to finance them, whether that’s with mezzanine debt or a private equity [shop and its] layers and tranches of debt when necessary for higher leverage,” Neuman said.

“When it comes to CMBS, there has been a tremendous amount of volume for single-asset/single-borrower deals and less concentration on the multi-loan conduits than there was pre-covid,” Gambro said. “[Now,] there’s a real focus on specific properties and getting more information as to the single properties that are being financed.”

Stuart Goldstein, co-chair of the capital markets group at Cadwalader, highlights that historically, lenders would split larger deals into conduit deals due to the notion that the diversity would be helpful. This activity goes beyond M&A activity.

“But now, post-crisis, investors really like the simplicity of underwriting one big asset,” said Goldstein. “Instead of a whole $200 million loan going into a conduit because it’s too small for a single asset, single borrower or SASB, we’re seeing smaller SASB deals because of the investors’ desire to get more information about those smaller big loans.”

Gambro noted, however, that banks also want to use the securitization market to regularly clear their balance sheets.

“The adverse effect exacerbated during the financial crisis of having these loans on the bank’s balance sheets for a longer period of time, from a regulatory standpoint, is that banks would like to be able to create larger deals with more investors, [which means] more liquidity but it just hasn’t happened,” said Gambro. 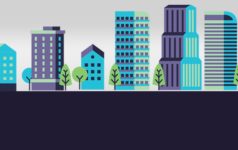 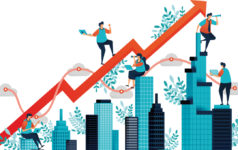