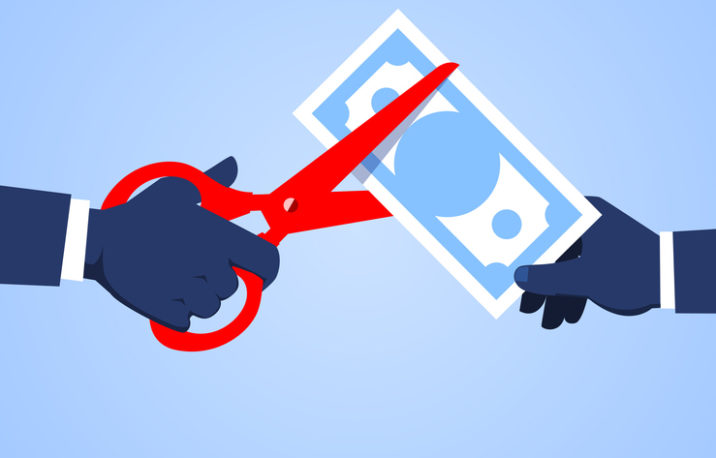 The commercial real estate market is in the midst of a widespread funding gap, with significant differences between what sponsors are seeking and what borrowers are willing to lend on properties.

Bruce Stachenfeld, chair of the New York-based real estate law firm Duval & Stachenfeld, said a lack of certainty around valuations has fueled this gap. Stachenfeld gave an example of a sponsor which owned property valued at $100 million with a $70 million mortgage that was coming up for a refinancing.

“When interest rates go up, the sponsor can no longer borrow at 2.9 percent – pricing is more like 5 percent or more and when the maturity hits, the sponsor also finds out the property is no longer worth $100 million – it’s now worth more like $80 million,” Stachenfeld said. “The sponsor then finds out the lender will no longer provide a $70 million mortgage on that property, instead offering around $60 million and the question becomes where that $10 million is coming from. That is the funding gap we are seeing.”

The commercial real estate market is in a transitional phase, with myriad factors contributing to this disconnect between buyers and sellers and lenders and borrowers, said Justin Curlow, global head of research and strategy at AXA IM Alts.

“Sellers are holding onto pricing expectations of six to 12 months ago, but buyers realize it is a different capital market environment we are working in. The rise in rates is unlike anything we have seen in the past 10 years, both the speed and the quantum of increase,” Curlow noted. “How long will rates stay there? And how high will they go? When rates do come down, it will likely be as a result of a deteriorating macroeconomic environment and all of these scenarios will put varying pressure on valuations.”

Curlow continued: “If you go back to 2018-2019, we were in a relative low growth and low inflation markets and then, during the pandemic, we went into overdrive mode from a central bank perspective and substantially lowered rates. For commercial real estate, that is the lifeblood of pricing,” he said. “Now we are in a phase where we have high inflation, issues with our supply chains, a war in Ukraine and an energy crisis in Europe.”

A report from advisory Colliers published earlier this month bottom lines the new world that commercial real estate professionals are facing, with the Toronto-based manager predicting pricing will reset as interest rates rise over the next 12-24 months.

“The full outcome of the market could take up to 24 months to fully materialize, but the next six months will be driven by a recalibration of pricing,” said Damian Harrington, Colliers’ head of global capital markets research.

Colliers is predicting yields will expand by 75 basis points, which translates into a 15 percent drop in valuations globally. But this change also opens the doors for well-capitalized market participants, said Chris Pilgrim, global capital markets director at Colliers.

“Now is a time of opportunity. If investors pick their markets, assets and strategies carefully, this is a good time to capitalize,” Pilgrim said. “Cash is king and equity-driven investors, notably private buyers, can bid for assets in an environment with limited buy-side competition.”

More sponsors are expected to turn to mezzanine debt and preferred equity to plug the gap. A number of firms which have spoken with Real Estate Capital USA in recent weeks have outlined this opportunity set, with a handful of equity players like New York-based manager Canvas Properties and Boston-based Taurus Investment Holdings citing near-term structured credit opportunities.

Additionally, Miami-based Kawa Capital Management is planning to deploy between $75 million and $150 million on high-quality lending opportunities in major markets as traditional lenders take a step back. “We are looking at first lien positions within gateway or top 20 MSAs,” said Michael Corridan, managing director at Kawa. “A year ago, these sponsors would have been able to get bank loans but today, it’s a different story. We see room to get equity-like returns at do-no-harm leverage levels.”

Stachenfeld believes there will be substantial opportunities to recapitalize existing projects and fill the gap on new ones.

“There is almost a feeding frenzy for parties that are going to need this capital and parties which want to provide this capital. It is expensive money, depending on the circumstances, it could be 10 or even 15 percent. This is the fulcrum of what will be happening all over – it will be in mezzanine debt or preferred equity, which is easier for the lender allowing the capital to come in to get comfortable with it. It is not exactly leverage but does the same thing,” Stachenfeld said.

Duco Mook, head of Treasury and debt financing EMEA at CBRE Investment Management, does not expect to see any major upticks in transaction activity before year end. This is in part because central banks continue to combat inflation.

“In the US, they are ahead of the game as the Federal Reserve hiked interest rates much faster, doing everything they can to slow down the economy. In Europe, we are dealing with a central bank that just started to hike over the summer. Inflation is extremely high and still on the rise. This is contrary to the US where inflation rates are stabilizing,” Mook said.

The sense is that buyers and sellers have a big gap is a global one, with Mook predicting there will be little movement before year end. “But the first half of the year, why not?” he added.

Still, the biggest concern is the lack of predictability which is making it difficult for deals to move ahead. “The biggest challenge is the volatility in the market. If swap rates are 4 percent and the cost of debt is 5 percent, we can still underwrite and complete new transactions with a more stable market. The difficulty is that today it is X, tomorrow it is Y and thereafter I have no clue. It is changing fast and it is extremely volatile,” Mook said.

Toby Phelps, a managing partner at BentalGreenOak, said despite the current dislocation, he is not convinced there will be sustained long-term distress.

“The market is more sophisticated and more efficient and there is a lot more co-operation between lenders and borrowers. Lenders – particularly European lenders – tend to be banks that don’t want underperforming or non-performing loans on their books. They are less likely to force the issue and more likely to extend and pretend,” Phelps said.

Challenges remain an opportunity, Phelps said: “If you have done a good job, learned your lessons from previous cycles, your business should be in good shape to navigate the challenges,” he added. “This doesn’t mean that we won’t have these challenges, it just means that we are in a place where they won’t overwhelm or distract us from maximizing value for our investors.”