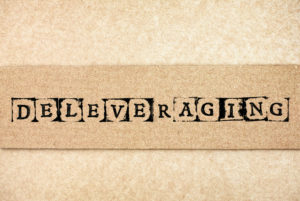 Taurus Investment Holdings believes there will be strong opportunities to make structured credit investments over the next 12-24 months as higher interest rates, rising inflation and the broader economic and geopolitical turmoil continue to disrupt the commercial real estate markets.

A key problem for many sponsors who are looking to exit or refinance debt on a property is that interest rates are significantly higher than anticipated and are expected to rise even more as the Federal Reserve and other central banks target inflation, said Peter Merrigan, chief executive officer and managing partner of the Boston-based manager.

Additionally, loan maturities and interest hedge expirations triggering covenant breaches will force the mark-to-market action in the next 12-18 months.

“Interest rates likely will stay higher for a while, which means there will be some distress relative to financing – exits just won’t pencil out the way people were expecting,” Merrigan said. “This will trigger more distress and more structure credit opportunities for refinancings and other types of de-leveraging.”

Merrigan said the commercial real estate market is operating without a playbook, explaining there are an unusually high number of unknowns in the market right now. “We will be watching what the Federal Reserve does and watching how inflation responds as we try to figure out how this will all play out,” he added.

Taurus is not the only firm which has identified this opportunity, with New York-based apartment manager Canvas Properties seeing a similar opportunity. The manager expects to see these opportunities start to arise as soon as the next three to six months, with the window going out as long as two or three years.

“We are in a unique moment for deals that were structured over the past four to six years and are finding that many sponsors are seeing that a key component of their business plans changed, be it because of changes in rent laws or the pandemic. Whatever the change, the debt markets are not as liquid as it was and there may be situations where sponsors need some cash to help support their deals,” said Rob Morgenstern, managing partner.

These opportunities are not traditional distressed situations. Rather, market participants describe them more as what happens when a good operator with a reasonable business plan was affected by changing laws, the pandemic or other factors that were beyond their control.

“We don’t think this will be a blood in the water event, but we think that through our relationships with lenders, sponsors and capital markets brokers we can create a meaningful difference,” Morgenstern said. “We could buy a building, we could form a joint venture, or we could help fund an equity gap between what a sponsor wants and what the lender is willing to lend, and we believe this could be a meaningful focus over the next year or two.”

Paul Lloyd, co-founder and CEO of London-based advisory Mount Street, said that the firm is starting to see some of these opportunities crop up with its clients. Through its servicing business, the firm has insight into some of the early warning signs for when a deal might be hitting some speedbumps. The industry has come a long way since the Global Financial Crisis, he noted.

“During the GFC, lenders stuck their heads in the sand and hoped their problems would go away. But we are seeing a few more lenders being proactive and, as a party that knows the sponsors, lenders and underlying assets, we find we are better placed to deal with the problems. The first step is always having a consensual conversation so that the sponsor feels like they won’t have the rug pulled out from beneath them,” Lloyd said.

The expected increase in this kind of activity has not yet been widely reported, with market participants noting buyers and sellers need to be on the same page about valuations before transaction volume starts to pick up again. There is a similar disconnect between sponsors and lenders.

“There are not enough data points, and you don’t know how high the base rates will go. Until the yield curve stabilizes, it will be hard to price assets,” Merrigan said. “There are lenders who are starting to lend again, and we have secured several loans in the past few weeks. Spreads are about the same or a little wider, but base rates are much higher and that is affecting the all-in cost of capital.”